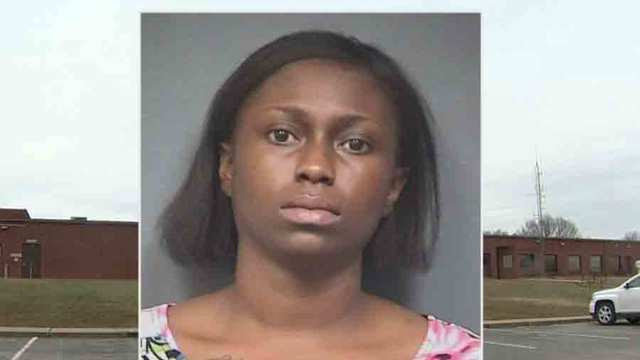 Kei’Choura Cathey was denied an abortion by Maury County Sheriff Bucky Rowland in 2015, and is now suing.

January 13, 2017 (National Right to Life News) — The last time we wrote about a pregnant inmate seeking to force authorities to allow her to leave the jail to have an abortion was July 2015. For undisclosed reasons, after filing the lawsuit, “Jane Doe” issued a sworn statement that she had changed her mind: “After much consideration and counsel, I … have decided that I no longer desire to pursue an abortion procedure and intend to carry the unborn child to full term and birth.”

Not so with 29-year-old Kei’Choura Cathey whose abortion was denied by Maury County Sheriff Bucky Rowland in 2015. She went on to have a baby girl in April 2016 and is now suing.

Last month Cathey filed a lawsuit in federal court in Nashville, asking a judge to order Sheriff Rowland and Maury County to pay her $1.5 million in damages, The Tennessean reports.

The lawsuit “argues that the sheriff’s denial, and his failure to have department policies that allowed access to abortions, inflicted cruel and unusual punishment on Cathey in violation of her Eighth Amendment rights,” Stacey Barchenger reported. “It also says Cathey’s civil rights and 14th Amendment rights to due process were violated.”

Here’s the background, according to Barchenger’s story.

Cathey was arrested in July 2015 on robbery and murder conspiracy charges and found out weeks later she was pregnant, according to the lawsuit. Columbia police records say she and three others lured Javontay Garrett to a home to steal drugs and money and then shot him. Garrett lived despite the head wound, according to Brent Cooper, the district attorney in Maury and three other counties.

Weeks later Cathey told Rowland, via her lawyer, that she wanted to have an abortion, but Rowland responded that he would not provide funding or transportation for the procedure, the lawsuit states. Rowland said that would not happen unless the abortion was “medically necessary to save the mother’s life or the pregnancy was the result of rape or incest,” according to the lawsuit.

The Supreme Court has not addressed the question, the Tennessean reported, but “More than 10 years ago, in a controversial Knoxville case, a federal judge allowed an inmate temporary release to get an abortion, saying the woman had a constitutional right to the procedure.”

Left unaddressed in several of these cases, the Washington Post reported, “are more specific questions about abortion for inmates, such as who has to pay for related services and whether a court order requiring jails to provide some accommodations is necessary, Brigitte Amiri, senior staff attorney for the American Civil Liberties Union’s Reproductive Freedom Project, told the Tennessean.”