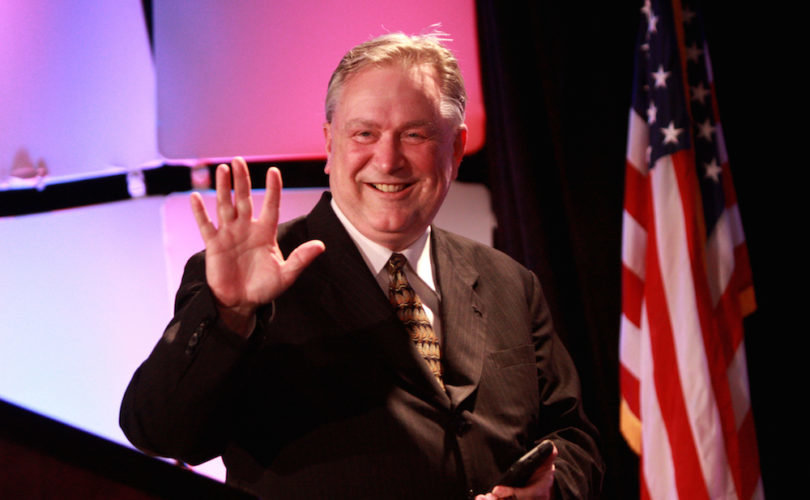 December 24, 2019 (American Thinker) — The corrupt tactics played out before the House Intelligence Committee toward the impeachment of Donald Trump exemplify the Department of Justice (DOJ) prosecution of other political adversaries.  Such prosecutorial abuse escalated within federal law enforcement and was rewarded during the Obama administration, but it continues today.

Conservative talk show hosts frequently say corruption in federal law enforcement is “just at the top; we're not talking about the rank and file of these agencies.”

But Representative Adam Schiff, Chairman of the House Intelligence Committee, was a low-level federal prosecutor in the late '80s and early '90s.  Robert Mueller was with DOJ during the same period.  Peter Strzok joined the FBI in the '90s.  Do we really believe that members of the law enforcement community arrive at the top and then become corrupt?

No.  Skills of tampering with evidence to hide or alter it, fabricating false narratives, and controlling what information comes out in trials — or House hearings — are well honed at lower levels of these agencies.  They're rewarded with promotions, as former federal prosecutor Sidney Powell documented in her book Licensed to Lie.

Indeed, abuses proliferated in House impeachment hearings and documented by the Office of Inspector General report demonstrate a crooked pursuit of a fabricated case against President Donald Trump.  The House Judiciary Committee's impeachment report charges the president with, among other things, wire fraud — one of DOJ's favorite “go to” charges, along with other types of fraud.

Similar corrupt tactics have been quietly executed for years against untold numbers of “enemies” of the establishment.

Few prominent Democrats have been pursued by DOJ, but they've locked up numerous Republican officeholders or their supporters.

The miscarriage of justice in the case of my husband, former representative Steve Stockman, is one prime example.  Before looking at prosecutors' tactics, it should be noted that Stockman aggressively blocked the Obama agenda and publicly exposed administration corruptions.

For example, Stockman was first to reveal President Obama's paying millions in ransom to Haqqani terrorists, the most radical wing of the Taliban, for the release of Bowe Bergdahl.  He was the U.S. soldier taken captive when he deserted his Army post in Afghanistan.

Stockman blew the whistle on Clinton's State Department allowing the sale of dual-use steel to Iran by a Ukrainian oligarch–owned company, in violation of U.S. Iran sanctions.  The oligarch was coincidentally the largest 2013 Clinton Foundation donor.

Shaking the Obama administration again, Stockman filed a resolution requesting the arrest of Lois Lerner for her contempt of Congress when she destroyed subpoenaed evidence and refused to appear before a House Committee investigating IRS persecution of conservative non-profit organizations.

Stockman's persistent voice of opposition and exposure of corruptions had to be silenced.  His service on the House Foreign Affairs Committee, broad travels, and international relationships further required muzzling his whistleblowing.

Two weeks after my husband appeared on the Fox News and Fox Business channels to discuss his proposed arrest of Lerner, the FBI was at our apartment door.

Interestingly, but not surprisingly, the IRS non-profit division formerly led by Lerner played an integral role in Stockman's prosecution.  So flimsy was the government's case that the DOJ spent millions of dollars, four years (nearly twice as long as spent investigating President Trump), and four grand juries to indict Stockman.

His case included money-laundering for such things as a move of funds from a checking to a savings account — something most Americans do in their own bank accounts.

Attorney Sidney Powell described Stockman's case as the prosecutors' effort to create precedent that they could follow to go after the Trump Foundation.

Indeed, the prosecutor even acknowledged to the Court of Appeals that there is not one criminal precedent for one of the campaign finance–related charges of which Stockman was convicted.

The practices employed by DOJ included pursuit and possibly wrongful surveillance of Stockman even as he was a member of the Foreign Affairs Committee.  The government controlled what could even be mentioned in trial.  The federal court denied all but two of Stockman's witnesses, saying others' testimony would be irrelevant, though they would have directly refuted a lot of prosecutor-led testimony that, as couched, demeaned Stockman's character.

Prosecutors asked a non-profit donor supposedly defrauded by Stockman the hypothetical question of whether he would have given, if he “had known that Mr. Stockman was going to spend his donations” for “personal gain,” a strictly government-fabricated narrative.  The donor's obvious “no” to this twisted leading question was cited by the prosecutor to the appeals court as evidence of Stockman's fraud.

We have learned that witnesses in my husband's case were pressured into misleading testimonies with partial truths presented to create wrongful impressions in the jury.  The court strictly instructed one of the government's own key witnesses not to give any context for, or elaboration of, his answers before the jury.  This same government witness later said Stockman's was a Soviet-style “show trial.”

Stockman's lack of funds for an aggressive defense, combined with the sort of corrupt government tactics on display by Adam Schiff in the House of Representatives, resulted in guilty verdicts by Stockman's jury.  Most assuredly to quiet his voice, prosecutors asked the court to immediately imprison Stockman — a full seven months before he was even sentenced.

Even Bill Cosby, who was convicted of physically and sexually assaulting young women, was allowed to remain free pending sentencing.  Not so for nonviolent Stockman; his outspokenness was more of a threat to the establishment.  He was sentenced to an egregious ten years in prison, with a $1.25-million restitution, even though a 2016 study reported that the average sentence for federal public corruption was just 13 months.

[I]f the government wants to put you in prison, you will go to prison.  It doesn't matter whether you are innocent or not. They will make up crimes against you; they will indict you; they will search your house; they are willing to make up evidence; they're willing to put pressure on witnesses to get them to say whatever they want them to say; anything.

[T]hey will do anything to get you put into prison.  We live in far more of a police state than anybody ever wanted to think.  Look at what has happened to Congressman Steve Stockman.

No.  The corruption is not just “at the top.”  While certainly there are some unbiased employees, from the working-level prosecutor through the federal bench, the Justice Department stacks the deck against its prey and has increasingly used corrupt tactics to lock up and silence those who buck the status quo.  My husband is one of many unjustly targeted by a corrupt judicial system.

Patti Stockman has been married to Steve for 31 years, is a conservative activist in her own right, and partnered alongside him in all his political endeavors.  She has her own professional career, having worked for NASA 35 years. For more information on her husband's case, visit www.DefendAPatriot.com.