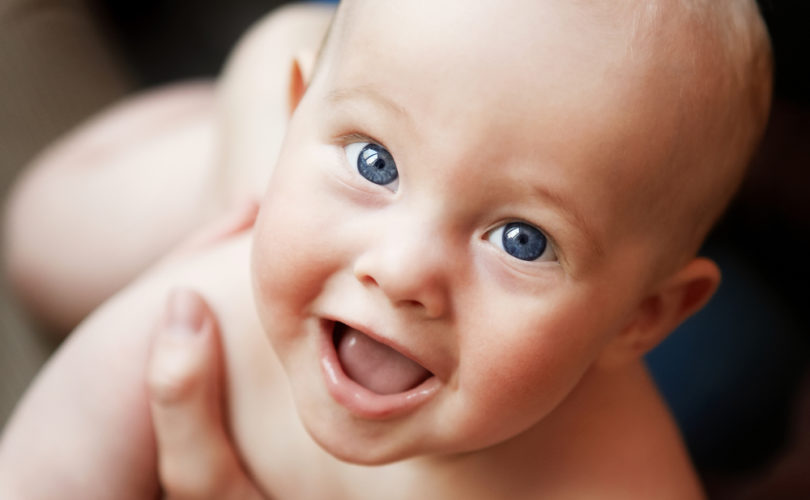 Here are four non-religious reasons to be pro-life…

To debate “personhood” is a spiritual, moral, or philosophical argument. While “personhood” is an abstract argument, “life” is not. Undisputed science, from a host of sources, states that life begins at conception.

It’s also important to note the quickness at which a child develops. Substantial development takes place even within the first 12 weeks.

– Week 3 (5 weeks from LMP): brain, spinal cord, and other organs begin to form.

The start of life is an undisputed fact and is an effective and just measure from which to shape policy.

Pro-abortionists claim that pro-lifers disregard women’s health. They also add that if abortion was illegal, the procedure would be performed, regardless – the only difference being that it would be performed under dangerous, substandard conditions.

First of all, you can’t have it both ways. If the fear is that abortion’s illegality would make the procedure more dangerous, then why object to laws that hold abortion clinics to higher standards and consequently protect women’s health? Secondly, as Live Action News has previously reported, there is substantial evidence to demonstrate that pro-life laws protect women’s health. A study published in the British Medical Journal shows that Mexican states with “less permissive” abortion laws experienced lower maternal mortality rates from abortion complications. A Stanford University study shows lower rates of abortion complications for American states with those same types of laws.

Even abortion advocates and sympathizers criticize the Roe v. Wade decision for numerous reasons, including the Justices’ broad definition of privacy. For many, the decision remains a prime example of Supreme Court overreach and legislation from the bench. Ronald Reagan said it best. In Abortion and the Conscience of a Nation he wrote, “Our nationwide policy of abortion-on-demand through all nine months of pregnancy was neither voted for by our people nor enacted by our legislators–not a single state had such unrestricted abortion before the Supreme Court decreed it to be national policy in 1973.”

If personhood can be removed from preborn lives, what’s to stop us from removing it from others?  We live in a world where “post-birth abortion”, the murder of newborns, is gaining popularity. It’s heartbreaking that Congress has to pass a law that says children who survive abortions must be provided standard medical care.

Abortion advocacy is a slippery slope and opens doors to other injustices. We’re already aware of the racism and discrimination inherent in the institution: blacks and children with disabilities are aborted disproportionately more. More recently, we’ve been made aware of the trafficking of body parts. It’s frightening to think of what’s next.