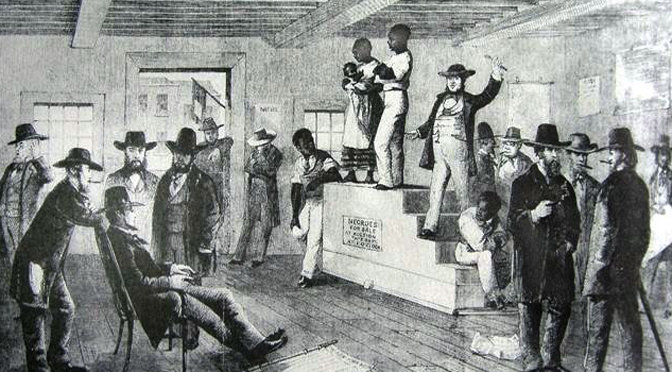 Today: Pro-lifers are obsessed with outlawing abortion, but they don’t demonstrate any concern for children after they are born.

19th Century: Abolitionists are obsessed with outlawing slavery, but they don’t demonstrate any concern for slaves after they attain freedom.

Having, by satanic promises and fair words, charmed away many of those docile and credulous creatures, they abandoned them to their own unfortunate fate… the negro is degraded, a vagabond and an outcast… and always used as the medium of self-laudation by the hypocrite…The people do not understand him – do not care for him – feel that they have no special interest in him – have no sympathy, that is not purely objective, with him – and treat him only as a medium of “moral” excitement. (T. W. MacMahon, Cause and Contrast: an Essay on the American Crisis, 67-68)

Today: Pro-Lifers pretend to be humanitarians but are really motivated by partisan politics.

19th Century: Abolitionists pretend to be humanitarians but are really motivated by partisan politics.

It is not religion, but politics, which now excites the passions of men; and our subtle enemy [the Devil] adapts himself adroitly to the change of circumstances, wearing the robe of Christian philanthropy to give him influence with pious minds, but relying on political zeal to stir them up to action. That is the reason why my publications against the heresy of ultra-abolitionism attracted no notice from you or your clergy, until the Democratic party thought fit to use them…Then, the ecclesiastical thunder began to roll in the Vatican of Pennsylvania. And then, the lighting flash of your redoubtable Protest, was launched at my devoted head without delay, under the powerful excitement of political expediency! (John Henry Hopkins, A Scriptural, Ecclesiastical, and Historical View of Slavery, 352)

Philanthropy was, or is, too deeply occupied with the negro to expend any of its “charity” upon the starving white wretches [impoverished European laborers], who stood, or stand, trembling, and almost lifeless, at its doors. Blind to the excruciating slavery that surrounds it, it sounds the tocsin of pity and sympathy on behalf of the well fed, well clothed, and well cared for, negroes of America. (T. W. MacMahon, Cause and Contrast: an Essay on the American Crisis, 74-75)

19th Century: Abolitionists grossly exaggerate the cruelty of slavery; the mistreatment of slaves is very rare.

We have no reason to question the assurances of the Southern clergy, concerning the justice and kindliness of the treatment which the slaves receive, as the general rule, notwithstanding occasional exceptions. (John Henry Hopkins,A Scriptural, Ecclesiastical, and Historical View of Slavery, 350)

Response: This is total nonsense. Slavery was anything but kind, and every year in America, over 12,000 abortions are performed in the sixth month of pregnancy or later. More importantly, even if such atrocities were rare, it does not follow that they should be legal! Consider the words of Harriet Beecher Stowe:

It is said, “Very likely such cases [of extreme brutality against slaves] may now and then occur, but they are no sample of general practice.” If the laws of New England were so arranged that a master could now and then torture an apprentice to death, without a possibility of being brought to justice, would it be received with equal composure? Would it be said, “These cases are rare, and no samples of general practice?” (Uncle Tom’s Cabin)