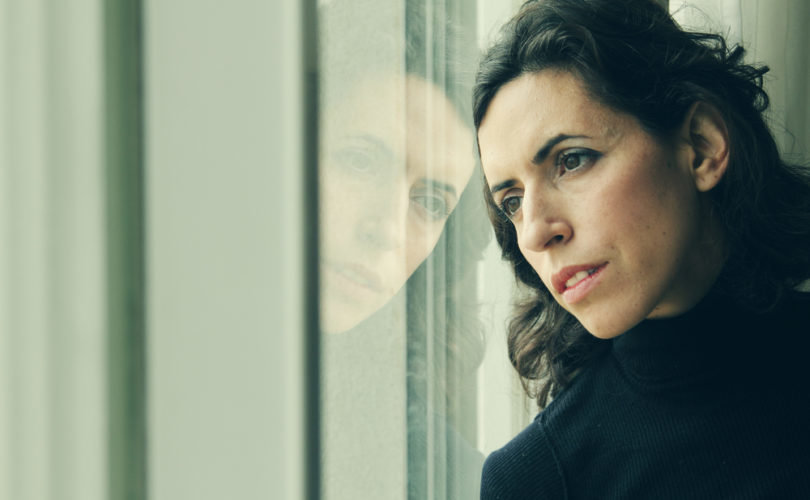 October 15, 2015 (LiveActionNews) — We are supposed to believe abortion serves as an empowering option for women. We are told they not only should be allowed to abort their children, but many women need to be able to do so. Pop culture teaches youth that abortion will correct any “mistake” made in the sexual arena. Abortion is said to be like pushing the “reset” button on life.

We have over 40 years of experience watching the aftermath of legalized abortion in this country. What have we learned in those four-plus decades?  Have we been shown that abortion helps women?

Not at all. What follows are four observations we have gained from witnessing the repercussions of legal abortion. As I will explain, abortion has done nothing but discriminate against women. Rather than empower them, abortion has subjugated women to second-class citizenship:

Yet, rather than celebrate this unique power women possess, abortion advocates wish to downplay its significance. The entire purpose of the radical feminist movement was to “liberate” women from their biology. This was supposed to “free” them from carrying the burden of sexual activity (i.e., childbearing).

In place of celebrating an obvious trait women possess in being capable of bearing children, abortion advocacy seeks to rid it from society. Abortion seeks to eliminate women’s creative powers.

How is that empowering to women?

2. Abortion Forces Women to Choose to Sacrifice Family for a Career

High school needs to be completed. Without a college degree, life will be unbearable. Jobs need to be obtained. Promotions are on the line. Pay days hang in the balance.

Childrearing would just get in the way, virtually every woman is told by society. No young woman is expected to desire to get married and start a family quickly. Rather, each woman is expected to establish herself in the workforce and to postpone family aspirations until later in life.

In some regards this is a false dilemma. Not every woman who takes maternity leave will be held back from success in the work place. Some women, as has been proven, can raise a family and be a successful businesswoman.

Indeed, societal pressure on women asks them to sacrifice marriage and family for a career. Pop culture has painted a narrative telling young women domestic life is less than ideal. Or worse yet, it tells them domestic life is no good. The better thing to do with your life is to go earn big bucks in the corporate world.

Such messages purposely give a low profile to other aspects of genuine femininity. Women, by their nature, possess nurturing ability and a power to turn a house into a home. These caretaking aspects women possess are devalued in a society that expects them to act like men.

Thanks to the advent of the birth control pill and contraception, sex has turned into a recreational activity. Men and women engage in it, while floating in and out of relationships. Both sexes use each other in the promiscuous lifestyle made possible by birth control.

When the contraceptives fail or are not used, women can become pregnant when they did not plan to be. Having enjoyed sexual relations without the worry of fathering an unwanted child, some men lose their minds when they learn they got a woman pregnant.

Such men may threaten to leave their pregnant women altogether, unless they procure an abortion. Women can be caught in this dilemma if they wish to keep their babies.

The love these mothers want so badly to experience is conditional on there being no children in the picture. If the mothers resist the pressure to abort, then they could be left to raise their children alone. Deadbeat dads often try to wash their hands of any responsibility for their own flesh and blood.

Rather than helping women to fulfill their creative potential, abortion allows men to manipulate women into squashing it.

Faced with the difficulty of an unplanned pregnancy, many women seek help. But what does society offer to these vulnerable women? The only “solution” they are offered is to abort.

That is all an abortion-supportive society can muster for a woman who faces a difficult pregnancy. This “quick fix” does absolutely nothing to alleviate her socioeconomic circumstances that led her to consider an abortion in the first place.

Getting an abortion does not earn her a job to pay the bills. Having her baby dismembered in her womb doesn’t put gas in the car or food on the table. It certainly won’t award her free rent for an apartment, when she has no place to live.

No, all an abortion does is keep her in those difficult circumstances, but with a dead baby and lost motherhood to accompany her thenceforth.

No one will suffer alongside her as she experiences regret, remorse, and sorrow in the days, months and years after the abortion. The politically correct thing to do is to tell her to get over it; it is no big deal.

An abortion-supportive society cares so little about mothers who want to keep their unplanned babies that it offers no real assistance beyond abortion. It is hard to argue women are empowered when they are given no support to overcome such adversity.

In closing, women are discriminated against in a society where abortion is legalized. Society tells them abortion is not only an option, but a preferable choice. Yet, deep down, women know better than to give up their creative powers. If they do go ahead with an abortion, it is not because they are choosing to exercise some mighty “right.” Instead, many abort because they feel they have no other choice.

In short, we could say mothers choose abortion precisely because they feel disempowered from fulfilling their womanhood.

Kevin Kukla is a happy husband and proud father living in East Texas. You can read more of his thoughts on the pro-life movement and combatting the Culture of Death by signing up to his email list at his blog, ProLife365.com.