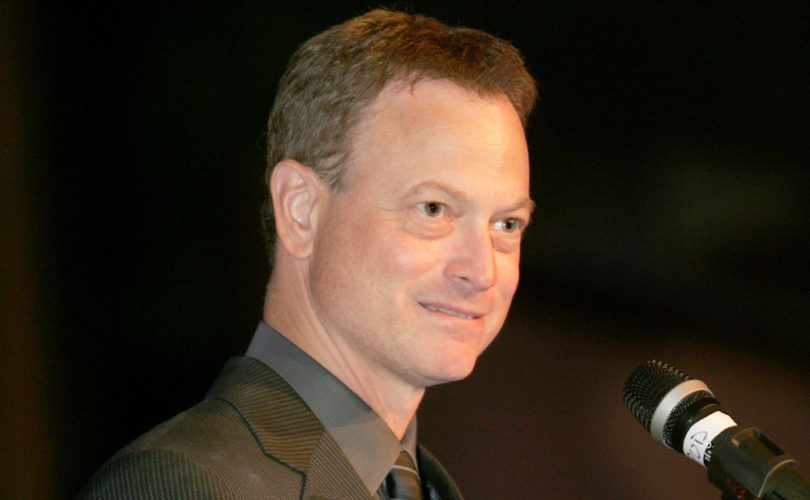 FOX News Channel's chief political anchor, Bret Baier, has shown himself to have a thinner skin than might be guessed from his on-air persona.  Baier has caved in to pressure from the homosexual activist group ‘Good as You’ to back out of a speaking engagement at a mainstream Catholic conference.  Also backing out for the same reason was Hollywood actor Gary Sinise of Forrest Gump and CSI: NY fame.

The gay activist complaint is a repeat of last year when actor Bob Newhart was successfully bullied into backing out of his speaking engagement at the Legatus Summit.

Legatus, which was begun by Domino’s Pizza founder Tom Monaghan in 1987 to network Catholic business leaders, is faithful to the Church’s Magisterium and therefore upholds the Church’s teachings on all moral matters including homosexuality.

The Catechism of the Catholic Church sees all people regardless of their sexual desires as children of God and deserving of respect.  The Church however teaches that the sexuality is reserved for marriage, which is by definition the free, faithful, and fruitful lifelong union of a man and woman.

LifeSiteNews confirmed the cancellations with Legatus but Sinise did not respond to questions about their withdrawals.

A FOX News spokesperson told LifeSiteNews that Baier pulled out “due to the controversy surrounding some editorial stances in the organization’s magazine.”  The spokesperson added, “Bret accepted the invitation to speak about his book, his faith, and his son’s congenital heart disease. He was unaware of these articles or the controversy surrounding them.”

On his Facebook page, Sinise wrote: “For me, faith has been a catalyst for my mission to honor the men and women who serve in our nation’s military.” He added, “When I accepted the invitation to speak at the Legatus conference about Veterans issues and share my story, I was unaware of the controversy surrounding some of the participants, and their views on personal matters. I don’t want my mission—which is designed to be unifying.”

In their material accusing Legatus of being an “anti-gay Catholic org,” Good as You highlighted a number of Legatus’ pro-life and pro-family activities and statements, such as its promotion of Pope Benedict’s “non-negotiable” issues at the ballot box, one of which is same-sex “marriage.” They also quoted a piece from Legatus magazine by Dr. John Haas, president of the National Catholic Bioethics Center, where he discussed the possibility of overcoming same-sex attraction through therapy.