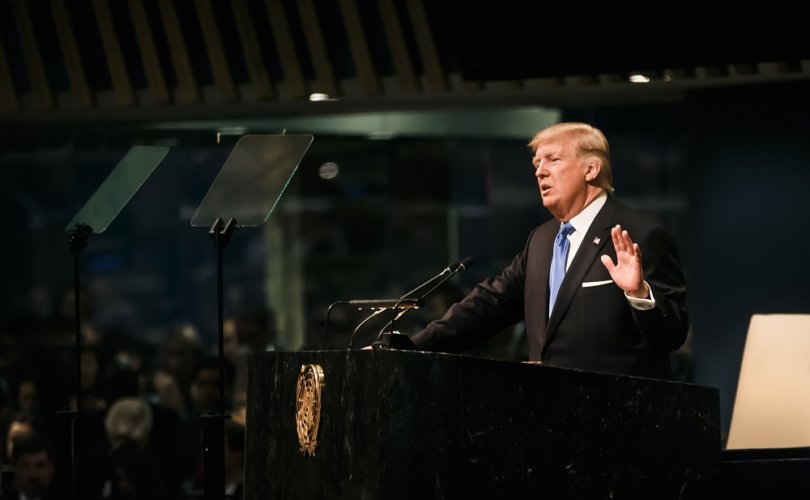 October 31, 2019 (American Thinker) — Those on the political right believe that Fox News is an ally, while those on the Left criticize Fox as a right-wing echo chamber. Both groups are wrong. Fox News has made a hard turn to the Left in recent years. Roger Ailes and Rupert Murdoch are relegated to the Fox News Wikipedia page, while the new bosses are the next generation of Murdochs — woke, liberal, and no fans of either President Trump or his supporters.

Fox's news shows are peppered with liberals, from Juan Williams and the recently departed Shepard Smith to Donna Brazile and Chris Hahn. The evening and weekend opinion show hosts are still solidly conservative, but that number is dwindling. Fox is still better than CNN, for example, with no conservative voices, after firing Jeffrey Lord for the high crime of defending Trump on the Orange Man Bad network.

As the impeachment scheme falls apart, with no actual wrongdoing by the president, no bribes or extortion, no pay-to-play, no collusion, or anything else which Trump is accused of, but which Joe Biden actually did, the media have gone into overdrive to push the “everyone hates Trump and wants him thrown from office” mantra.

Who needs high crimes or misdemeanors if a majority of America wants Trump removed from office? Impeachment by opinion poll.

Impeachment is being boosted and promoted by the usual Democrat media outlets such as CNN, MSNBC, the N.Y. Times, and the Washington Post, but Fox News, so-called “fair and balanced,” has been considered more reasoned than the rest of the Trump-loathing media — at least until Rupert Murdoch's two sons got more involved in the news business, tilting Fox News leftward.

Don't forget a recent addition to the Fox Corporation board, pushing the network farther in the NeverTrump direction. Former House speaker Paul Ryan thinks his new job as a board member of Fox Corporation will finally allow him to “do something” about President Donald Trump, according to a report in Vanity Fair.

The latest example is yet another impeachment poll, this time a Fox News poll showing majority opinion in favor of not only impeachment, but also “impeachment and removal.”

What a headline for CNN and MSNBC to retweet endlessly! Even Fox News has turned against its favorite son, Donald Trump. Or so they say.

As with all polls, the questions are, who did the actual poll, and how was the poll conducted? Is this a “fair and balanced” poll reflecting the Fox News motto? Or is this more fake news designed to fuel the impeachment push, motivating fence-sitting House members to follow the supposed will of the people?

The Fox poll was conducted by Braun Research, “a privately held marketing and public opinion research firm” founded by Amanda Braun. Ms. Braun is a lesbian; is deputy organizing director and training director for “For Our Future,” a progressive political action committee; was a regional organizing director for Hillary Clinton's 2016 presidential campaign; and attended Hillary's alma mater, Wellesley College. In other words, a solid liberal.

Of all the pollsters out there, Fox News found one far to the left for its anti-Trump poll.

Next is the methodology. Fox's sample of registered, not likely, voters was 48 percent Democrat, 40 percent Republican, and only 12 percent independent. Is that a fair representation of the U.S. electorate? Hardly.

Gallup, as of a month ago, provides an answer. The electorate identifies at 29 percent Republican and 31 percent Democrat, virtually an even split. But a whopping 38 percent are independent, far from the 12 percent in the Braun/Fox poll.

Aside from oversampling Democrats, which is a consistent pattern in impeachment polls, undersampling independents skews the results. The Wall Street Journal reports that only 42 percent of independents favor impeachment. If the Braun/Fox poll surveyed voters based on Gallup's party affiliation above, support for impeachment would be below 50 percent.

Another sketchy poll is the recent PBS/NPR/Marist poll. By a 52-to-43-percent margin, their poll finds support for starting an impeachment inquiry. Results are evenly split on removal from office. But what are the premises for impeachment? In the accompanying article, PBS asserts:

The House launched an impeachment inquiry against Trump in September following a July phone call with Ukrainian President Volodymyr Zelensky, where Trump asked the Ukrainian leader to dig up incriminating information on the family of former Vice President Joe Biden, who could be Trump's political rival during the 2020 presidential election.

Wrong and wrong. The House has not voted [as of Oct. 14, the day this article originally ran —ed.] to begin any impeachment inquiry. Instead, Nancy Pelosi and Adam Schiff have deemed it so without a House vote and are conducting their witch hunt in secret via Shifty Schiff's House Intelligence Committee. And second, Trump did not ask the Ukrainian leader to dig up dirt on Biden.

He asked about Crowdstrike, which claimed that Russia had hacked the DNC servers, initiating the Mueller Russia collusion hoax. Biden was mentioned much later in the call: “Biden stopped the prosecution and a lot of people want to find out about that.” Is that digging up political dirt or investigating corruption by a former high-ranking U.S. official, something Trump is bound to do by his oath of office and a treaty with Ukraine?

This is the fake news being peddled to Americans about Ukraine, from network and cable news to most newspapers, with honest reporting delegated to Rush Limbaugh and a few conservative pundits. Is it any wonder the average low-information voter believes that Trump did something nefarious? It's just like when we were told for two years regarding Russian collusion, a constant media drumbeat without any corroborating evidence.

For comparison, look at Rasmussen, the most accurate pollster for the 2016 election. In its daily presidential tracking poll, Trump is at 49 total approval on October 11 compared to Obama at 44 percent exactly eight years ago. Rasmussen surveys likely voters, a more accurate sample than registered voters, many of whom don't vote.

Do the majority of Americans really want to remove a president they support?

As another barometer, look at the Trump rallies — two this past week. Twenty thousand or so in attendance, a similar number watching from the outside, and twice that number unable to obtain tickets. All this in deep blue Minneapolis.

Fox News has joined the anti-Trump media in using polls to create news and influence opinion rather than to fairly report public opinion. We've reached a new low in America when a popular and duly elected president can be impeached by dodgy opinion polls.

Brian C Joondeph, M.D. is a Denver-based physician, freelance writer, and occasional radio talk show host whose pieces have appeared in American Thinker, Daily Caller, and other publications. Follow him on Facebook, LinkedIn, Twitter, and QuodVerum.