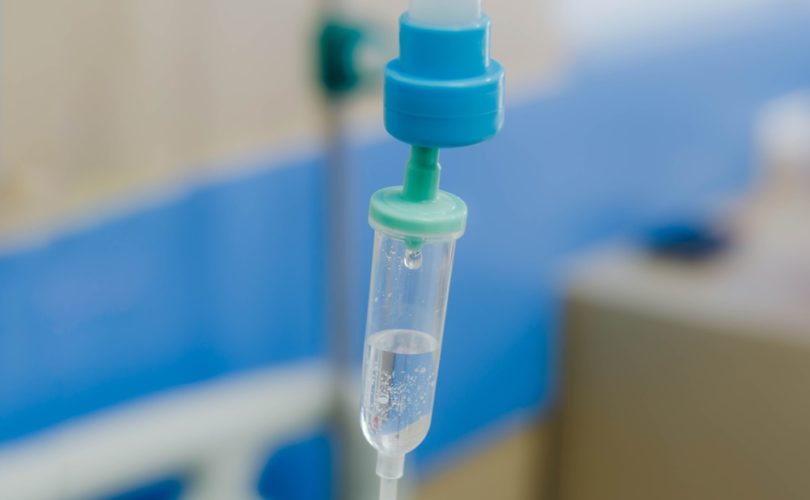 PARIS, January 29, 2016 (LifeSiteNews) – France's Parliament approved new “end of life” legislation on Wednesday, creating a new “right” for terminal or gravely ill patients to obtain “deep and continuous sedation until death” on demand. The French National Assembly and the Senate both voted for the same text after it had been streamlined by a mixed parliamentary committee, following a protracted battle between the two chambers seeking to modify the bill. While it stops short of euthanasia and assisted suicide, the “Claeys-Leonetti law” – the names of its two proponents, one socialist, the other a supposed conservative – is ambiguous enough to be considered a step toward euthanasia, and in some ways it is even more extreme than Dutch and Belgian euthanasia laws.

Both the National Assembly and the Senate voted by a show of hands, making it difficult to know which representatives and senators voted for or against.

The law's main novelty resides in its proclamation of a “right to a dignified end of life including the best possible alleviation of suffering.” This goes beyond best palliative care – even though the bill does call for that – insofar as “a dignified end of life” is at its best a subjective notion and at its worst a way of suggesting that some ends are not “dignified.”

Emmanuel Hirsch, professor of medical ethics at the university of Paris-Sud, wrote an op-ed in the Catholic daily La Croix last year showing that the true notion of dignity would be dulled by such a law: “Our concern for dignity will henceforth satisfy itself with the outlook of sedative and pain-killing treatment,” he criticized, “dying well” becoming simply another way of “dying quickly and painlessly.” He warned that the new law would “legitimate a form of medical and administrative management of euthanasia that will surreptitiously insinuate itself into medical practice.”

That aspect of the text is still very present in the amended text. It confirms a general obligation not to commence or maintain treatments that constitute “unreasonable obstinacy” with regard to the patient's situation. “When they appear to be useless, disproportioned or when they have no effect other than artificially maintaining life, they can be suspended or waived, in accordance with the patient's will, and if the patient is unable to express that will, at the conclusion of a collegial procedure,” the text reads. It goes on to say that “artificial nutrition and hydration are treatments that can be stopped according to the dispositions” above.

This is doubly worrying. On the one hand, besides the traditional practice of not imposing “disproportionate” treatment on patients who are not in a situation where they can benefit by them, the law speaks of “useless” treatments – a throwback to the doctrine of “futile care” that allows for a utilitarian interpretation. Is it “useful” to maintain medication for a patient in a vegetative or minimally conscious state, when everything points to the fact that he or she has no hope of healing?

The fact that “artificial nutrition and hydration” are now officially deemed to be “treatments” under French law means that people kept alive through feeding tubes can now be considered to be receiving “useless treatment.” To put it bluntly, Terri Schiavo and her French counterpart Vincent Lambert, under this law, would be clearly considered “artificially kept alive,” and stopping the administration of food and fluids would be considered good practice as long as they were deeply sedated during the process. When incapable of expressing their will, and in the absence of a living will, the doctor is required to “consult” their family or near ones and can then decide.

In France, there is now less protection than before for this type of patient.

Deep, terminal sedation will also be possible in several cases at the patient's request, and in order to “avoid all suffering,” which is rather extreme. In the name of the patient's right to reject “unreasonable obstinacy” on the part of doctors, these are required to install “profound and continuous sedation, impairing consciousness until death, associated with pain-killers and an end to all life-sustaining treatment.” This means pulling food and fluids, which inevitably leads to death.

Two situations justify the procedure. The first is acceptable on its face: it applies when the patient is suffering from a “grave and incurable condition that is life-threatening in the short term and presents suffering that cannot be alleviated.” New, however, is the patient's “right” to demand an end-of-life procedure that up to now was left to the doctors' experience and conscience.

Provision has also been made for non-terminal patients who decide to forego treatment for a “grave and incurable condition” when stopping treatment is “susceptible of causing unbearable suffering.” This means, for instance, that a gravely handicapped person who relies on artificial food and fluids to stay alive can refuse these insofar as they are legally considered to be “treatments” and obtain deep and continuous sedation on demand.

Doctors will be obliged to accede to these requests and legally required to provide deep sedation when they are clearly made and repeated and the patient has been fully informed of the consequences of the procedure. They will also be obliged to respect any advance directives regarding treatment and investigation, save cases where they are “obviously inappropriate” in a given medical situation, or in cases of emergency, to allow medical staff to take time to assess the patient's situation.

What is extreme about the law is that it creates an obligation for doctors to prescribe death for their patients. Even Dutch and Belgian euthanasia laws do not go that far, insofar as it is up to doctors there to assess requests and to decide whether “mercy killing” is acceptable in a given situation.

The French solution is less spectacular but more individualistic. It derives logically from a proclaimed “right” to “avoid any suffering,” while at the same time it widens the gray zone between palliative care and outright killing, instituting what for some will be genuine and compassionate alleviating of suffering through sedation at the very end of life, and for others a deliberate hastening of death, where the patient dies not of his “illness” or, as the law more widely puts it, his “condition,” but of thirst.

It must be noted that when François Hollande was campaigning for the presidency in 2012, he promised to promote a law that would afford all adults in an advanced or terminal state of illness “medical assistance” allowing them to “reach the end of their life with dignity.” It the early stages of the debate, it appeared that he wanted to go farther than the present Claeys-Leonetti law. Perhaps the public uprising – the hundreds of thousands of marchers of the “Manif pour tous” – against same-sex “marriage” discouraged Hollande and his socialist government from adopting frontal tactics. Things could have been much worse.

But already euthanasia proponents are calling the new law only a step in their desired direction. The fight isn't over by far.