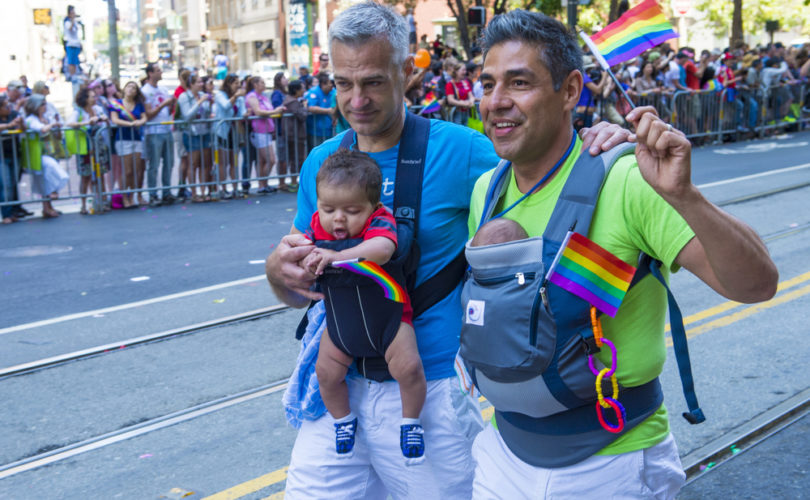 November 28, 2016 (ARPACanada) — Ontario law currently states that “for all purposes of the law of Ontario, a person is the child of his or her natural parents,” with the exception of adoption. But Bill 28, the “All Families Are Equal Act”, would erase this basic rule and remove the terms “mother,” “father,” and “natural parents” from all Ontario statutes in the process, replacing them simply with “parent.” The bill is expected to reach a final vote soon.

It’s important that we get our new family law terms straight. It’s easy to get confused, as even the bill’s drafters did. The Standing Committee on Social Policy, which recently reviewed the bill, had to correct a few of the drafters’ blunders.

The main issue here: Who is a “parent” according to Bill 28?

Simply providing “reproductive material or an embryo for use in the conception of a child through assisted reproduction” does not make one a parent.

A child’s “birth parent,” a term the untrained mind might auto-miscorrect to “birth mother,” is a parent unless she (or he) has agreed to be a surrogate and relinquishes parentage shortly after the child is born. If the “birth parent” refuses to relinquish parentage, a court can deal with that problem by declaring (up to four) “intended parents” signatory to the surrogacy agreement (or anyone else, in fact) to be the child’s parents.

The bill allows up to four people to enter a “pre-conception parentage agreement” (PCPA), making them all co-parents when the child is born. It’s possible that none of the “parents” under a PCPA will actually be a biological parent, since outside donors of “reproductive material or an embryo” can be used, although the “birth parent” must be among the PCPA parents.

So far, so good, as far as the Committee was concerned. But then, the blunders.

First, Bill 28 as originally drafted defined “parent” as “a person determined to be a parent of the child” under the new provisions. Does “determined to be” imply that some persons simply are or used to be parents, whereas now people are parents only if they are determined to be parents according to whatever the law says? Well, yes. As the law currently states, “a person is the child of his or her natural parents.” But such an implication might upset some people. Not to worry. The Committee changed the definition of “parent” in Bill 28 to: “a parent of a child is a person who is a parent of the child” according to the new provisions expanding parentage.

Second, Bill 28 initially stated that the “biological father” of a child conceived “without the use of assisted reproduction” is a parent of the child, unless he (or she) signs an agreement with the “birth parent” before conception agreeing not to be a parent.

But wait, doesn’t Bill 28 remove the term “father” from various Ontario laws? Well then, we can’t very well use “father” in the same bill simply by dropping “biological” in front of it. This blunder did not sneak past the Committee, which changed “biological father” to “the person whose sperm resulted in the conception of a child”.

Wordy, but clear enough, and less offensive. Or so it would seem. But my dictionary defines “father” as “a male parent” and “sperm” as “a male reproductive cell.” If the former term is unacceptable in law, why not the latter?

If “sperm” one day causes offence, like “biological father” evidently does, we can be confident the Ontario government – which has not let itself get distracted with matters of substance such as the nature of the family, how children will fare when shared by four unrelated, unmarried consignors of a “pre-conception parentage agreement,” or why some developed nations have prohibited surrogacy – will find a creative lexical solution.

And hopefully, with proper (re-)education, the public servants who draft laws, regulations, and policies, and the various officials who implement and enforce them, will soon learn to banish the terms “mother” and “father” (biological or otherwise) from their minds and avoid such blunders in the future. The rest of us should get with the program, in time.

Yet what appears to be the bill’s biggest blunder, in strict egalitarian terms, was left untouched by the legislative committee: a man can father (excuse my language) a child through intercourse (what the bill calls “insemination by sperm donor”) without (legally) being his child’s parent if he first signs a contract with the “birth parent” agreeing not to be a parent. But the “birth parent” – the child’s mother – cannot do the same.

Ironically, it is the government’s ideological obsession with denying the significance of sexual difference in family life, and its politicizing of the English language in the name of “equality”, that seems to have enabled this, the most glaringly unequal provision of Bill 28, to pass scrutiny.

But far worse, in my view, is that the Committee and the government have ignored children’s interest in knowing their origin, which is important for children’s physical and mental health and identity. Bill 28 does not provide for this, even while it facilitates the separation of children from their natural parents, by design.