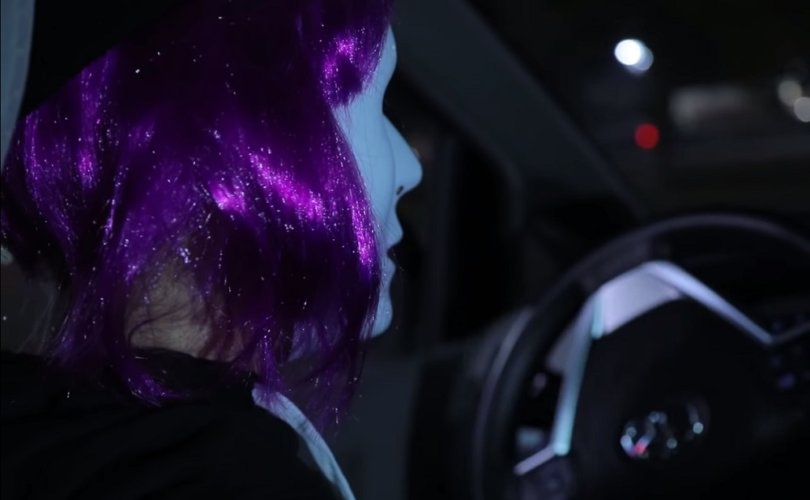 November 6, 2018 (Pregnancy Help News) – What do no-good pro-lifers do for pregnant women, aside from knit baby booties, bake cupcakes, and praise the Lord?

In a new video released earlier this month, Laura Klassen, founder and director of Choice42 – a Canadian grassroots pro-life organization – gives a humorous look at yet more dastardly deeds pro-lifers get up to in their never-ending quest to help women and children in need.

Mocking the claim that pro-lifers don't care about babies after they're born, the video features Klassen and a masked partner-in-crime breaking into a pregnancy help center in the dead of night – only to fill it with $2,500 worth of diapers.

The video is the latest in a series of clever videos that Choice42 has created to deconstruct some of the biggest pro-choice talking points.

The group's video “Magical Birth Canal,” released this summer, has obtained over one million views on the group's Facebook page, and for good reason. In just over a minute, the video dismantles the absurd notion that birth somehow grants a child the basic right to life.

Similarly, Choice42's new video upends the claim that pro-lifers only care about babies until birth, giving a peek into the stunning generosity of pro-life pregnancy help centers, their staff, their volunteers, and their donors.

Falsely attacked as “fake clinics” by abortion advocates, pregnancy help centers supply a range of free resources and services to women before, during, and after pregnancy. Those include pregnancy tests, ultrasounds, parenting and prenatal education programs, and material resources, such as diapers, clothing, and cribs.

According to a recent report from the Charlotte Lozier Institute, the first pregnancy center in North America actually opened in Canada 50 years ago this month. Today, pregnancy centers continue to help families around the world on a grand scale.

Charity of that size deserves celebration and awareness, and Choice42's lighthearted take on the abortion lobby's ever-present cynicism undoubtedly makes way for both.