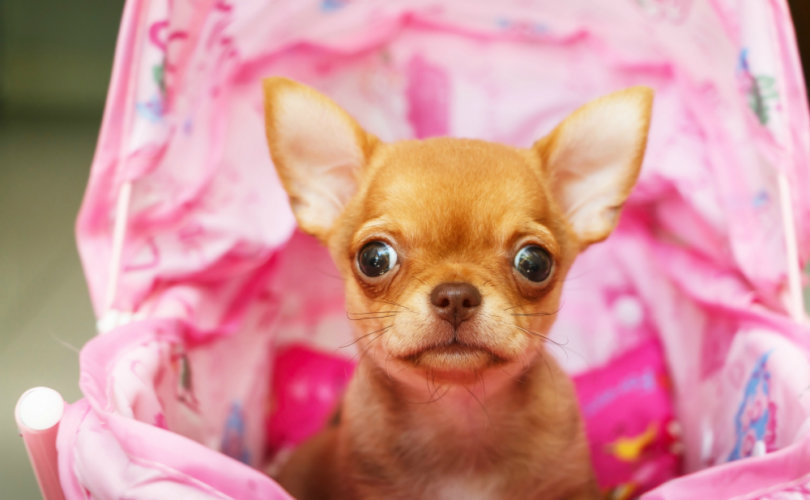 In her 1992 novel, “The Children of Men,” P. D. James told the story of a world where it has been 25 years since the last child was born. In this dying world, kittens and puppies are pushed around in prams and receive the treatment previously afforded to human infants.

Twenty-five years later, it seems that life is imitating art, though in James’s novel, childlessness was the result of a mysterious and catastrophic collapse in male fertility. Today, it’s the result of people’s choices. But in both James’ dystopia and today’s celebration of personal autonomy, the result is the same: Animals have become substitutes for actual children.

This substitution was the subject of a recent article by Bradley Mattes of the Life Issues Institute. In it, Mattes told readers that “according to government statistics, an increasing number of women from the millennial generation are opting out when it comes to having babies.”

“Instead,” Mattes continues, “it appears they’re finding an alternative more to their liking.” That “alternative” is what might be called “pet parenthood” and its substitute progeny, “fur babies.”

What’s more, many millennials are approaching pet ownership the way previous generations approached first-time parenthood: preparing “for their impending bundle of joy by reading books and consuming other available research.”

Now the obvious question is “Why?” Several people Mattes quotes help us answer that question. One thirty-year-old told the New York Post that “It’s just less work and, honestly, I have more time to go out.”

Another thirty-year-old, writing in Charlotte Magazine, wrote about how she went from wanting to be a stay-at-home mom to a pet parent. In her words, pets “give us a greater purpose without making our lives mainly about theirs.”

While there is something “stunning” about such “self-centered transparency,” as Mattes put it, we shouldn’t be surprised. It’s the logical outcome of the triumph of personal autonomy in the West. We exist for our own benefit and pleasure, as do our children and our pets.

Whereas having children was historically thought of as an act of obedience to a divine command, an obligation we owed past and future generations, today it’s an act of self-fulfillment. Children are now a means to an end, not ends in and of themselves.

For many, having a child is just another bucket-list item; something we do (or don’t do) to “complete” our lives, preferably after we’ve experienced the other things we believe make for a “complete” life, like a successful career and travel, etc.

The problem with this idea is, with kids, the “feel good” phase passes pretty quickly, and is replaced by a long, hard slog of raising them with all the sacrifice that entails. If you get struck by the travel bug, you just can’t board your kids at a local kennel.

Now if you’re a Christian, this shouldn’t be a problem. We get—or at least we should get—concepts like “obligation” and “self-sacrifice” and “self-giving.” But if what matters most are our “needs” and desires, pets can sound like a preferable alternative to children.

So get your fix of oxytocin, the “cuddle hormone,” and you still get to live however you want. What’s the problem with that?

The problem is there’s literally no future in a world of “fur babies.” The England of James’ novel is a hopeless dystopia, not a paradise. As the principle character writes in his diary, “without the hope of posterity, for our race if not for ourselves, without the assurance that we being dead yet live, all pleasures of the mind and senses sometimes seem to me no more than pathetic and crumbling defenses shored up against our ruins.”

This is where the enshrinement of autonomy and self-fulfillment will take us as a culture. It’s a dead, loveless end. And no amount of oxytocin or fur can change that fact.