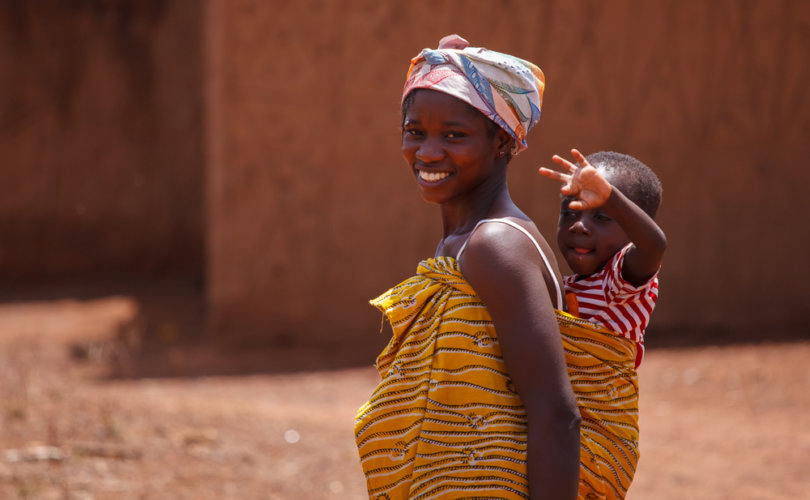 January 26, 2017 (Culture of Life Africa) — This week President Donald Trump made headlines by reinstating the Mexico City Policy which was repealed by President Obama 8 years ago.

This policy was originally instated by President Ronald Reagan in 1984 requiring nongovernmental organizations to agree as a condition of receiving any federal funding that they would neither perform nor actively promote abortion as a method of family planning in other nations.

It therefore ensures, by executive order, that American government funding does not go to well-known abortion proponent organizations such as International Planned Parenthood Federation (IPPF), Marie Stopes International (MSI) and Ipas, to name a few. These organizations have received millions of federal dollars throughout the Obama administration and have used these funds to build ideological sand castles around the world. Their aim has been to destigmatize abortion and spread it to every country in the world.

This is why there has been such anguish and despair expressed by many abortion supporters around the world as they watched the first wave rise and crash against the precious sand castle that they’ve spent 8 years building.

We are already hearing organizations like Guttemacher Institute (with deep ties to IPPF) claiming that if IPPF and like-minded organizations are defunded then women in Africa will suffer and die as a result.

In fact I read a quote that 3000 women in my country of Nigeria will die yearly as a direct result of the Mexico City Policy. The problem is, this unsubstantiated claim was made by Dr Ejike Oji who is the (very well-paid) Country Director of Ipas – an American abortion lobbying organization that spends all year aggressively lobbying African politicians for legal abortion at the expense of American taxpayers.

The bottom line is that most ordinary Africans will be unimpressed (if not offended) that the United States or any other western country has actually been, up till now, funding organizations that perform abortions given how most of the African cultures value human life from conception.

Contrary to what the abortion giants and their pro-abortion liberal friends are saying today from their New York penthouses, the Mexico City Policy will be welcomed across Africa for various reasons and here are a few of them:

1) Funding abortion organizations working in Africa is a form of extreme interventionism given that 80% of African countries are against abortion not only by law but also by overwhelming public opinion, according to 2014 Pew Research. It is true that abortion is legal in the United States, United Kingdom, Germany, France and most of the wealthiest nations in the world. However it is also true that most of the African countries have continued to reject abortion as the killing of the unborn. Their refusal to legalize abortion is for them a way of protecting the lives of their children. So for a wealthier nation to disregard this view and still fund these abortion organizations, to continue to spread an ideology most Africans believe to be immoral, is a good definition of cultural imperialism. A basic rule of bilateral relationship between countries should be that each nation has their sovereignty, laws, way of life, views and values which should be respected.

2) Money is fungible so abortion organizations like MSI and IPPF that receive funding from the US government are more fortified to further their pro-abortion work as can be seen in the newly released video Killing Africa.

These are devastating numbers especially as most of the abortions are done in targeted communities: the poorest and most vulnerable ones. This could otherwise be seen as modern day eugenics to ensure that only the planned, the privileged and the perfect are born into the world.

In reality, organizations like MSI and IPPF do not contribute to the building up of African communities or authentic development as they go about their ideologically-driven work.

These funds can instead be given to other organizations that are working with the Africans to promote development and wellbeing for the Africans while respecting the cultural views and values of the people.

4) By their own financial records, these abortion organizations are already being generously funded (to the tune of millions of dollars) by many European countries who have no scruples whatsoever about funding abortions in Africa. They also receive money from progressive private foundations like the Bill and Melinda Gates foundation, Buffet foundation, the Hewlett foundation and others who have shown their vested interest in population reduction programs especially in Africa.

5) There have been many whistleblower reports of malpractice, mismanagement of resources and mistreatment of patients and staff by some of these organizations.

MSI for example was sued 3 years ago by one of their former staff who accused them in court of performing illegal abortions in Uganda. They were also caught and suspended in Zambia in 2012 for illegal abortion practices. In an ideal world these atrocious acts should disqualify these organizations from any and all government funding programs. But this is not an ideal world.

6) On most of their websites, these organizations claim to be involved in “advocacy” in developing countries where abortion is not legal. What this translates to is a high power play displayed across Africa as these well-funded western organizations aggressively lobby African parliaments and United Nations delegates without any consideration or respect for the millions of ordinary Africans who continue to reject the notion of legal abortion under any circumstance. There are strings of private meetings, stakeholder gatherings in 5-star hotels, special retreats in foreign holiday resorts, all-expenses paid glamorous events coaxing and leading African leaders towards full acceptance of legal abortion. These are events paid for in dollars, American government dollars.

No, the Mexico City Policy is not the Gag Rule but the Good News which will save the lives of many precious African unborn babies and their mothers.

Reprinted with permission from Culture of Life Africa.