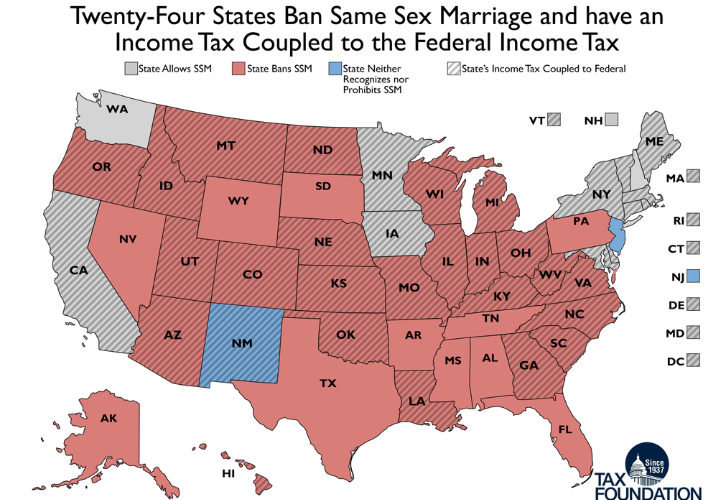 An ever-increasing number of states adopting some form of legalized homosexual “marriage” is the contemporary revival of the age-old question, “which came first, the chicken or the egg?”  The modern version of this question is, “are states legalizing gay marriage because more Americans are in favor of it, or, are more Americans in favor of it because states are legalizing it?”

With state after state in the USA adopting some form of legalized homosexual marriage it would be easy to reach the conclusion that times are changing and American values are shifting in the direction of acceptance of homosexual union. While there is some movement in public perceptions the answer to the question is “well, yes and no”. Yes, there is a shift among Americans toward gay marriage – but certainly not all Americans. In fact this shift is taking place among a very tiny fraction of American citizens. One such individual is Richard L. Young.

Mr. Young is a U.S. District Court Judge in Indiana who struck down the state’s constitutional definition of marriage (as voted upon by the majority if residents of the state) as being between one man and one woman. No, Americans in general are not screaming for gay marriage. Yes, some Americans are moving in the direction of legalized same-sex marriage, it so happens that the citizens who seem most in favor of redefining marriage are known by a single word — judges.

While it probably is true that perceptions are slowly shifting among the populace en masse, such tidal changes typically take decades if not generations to show up as legislative changes, let alone constitutional ones. The wave of states legalizing same-sex marriage unions is not the result of shifting values in America, it is the result of amazingly resilient and determined activists using the courts to overturn the will of the people.

Homosexual marriage amendments (or state-constitutional bans thereof) have been placed on ballots 34 times and have been defeated 31 times. Yes, even in California Proposition 8 — an amendment to the state's constitution that denied same-sex couples the constitutional right to marry — passed overwhelmingly. Yet California has same-sex marriage. Why? How is that possible if the masses spoke, and in California's case spoke loudly?

What’s happening in state after state is not the citizenry is giving its seal of approval to same-sex marriage — in fact, we are doing quite the opposite. Then once a measure fails lawyers funded by activists file lawsuits and begin a legal process. If and when the first attempt fails they file an appeal and try again. And again. And again. These lawsuits run up through the court system until finally landing on the desk of a judge sympathetic to the cause. That judge then takes the will of the people as expressed through the ballot box and with the stroke of a pen throws it out.

There are currently nineteen states that have legalized same-sex marriage, of those nineteen just three have done so as a result of the popular vote of the people (Maine, 2012; Maryland, 2013; Washington, 2012.) On this topic at least, the desire of the voting public is secondary to the desire of the judicial ruling class. And it is a very small class indeed. Our nation’s direction as it relates to gay-marriage is being determined not by the tabulation of hundreds of thousands if not millions of votes per state. No, it is being determined by men like Richard Young.

Another such individual, Justice Henry F. Floyd serves on the Fourth U.S. Circuit Court of Appeals in Richmond, Virginia. He along with a colleague similarly ruled that Virginia’s constitutional provision for definition of marriage has got to go. Last month (on July 28, 2014) the two of them overturned the state’s (aka: the people’s) constitution. Virginians voted 57 to 43 percent (a thorough drubbing) in 2006 to amend the state’s constitution thus banning gay marriage. It was clearly what the people wanted. Mr. Floyd sees things differently and in essence said to the people of Virginia, “Sorry, you rubes.” If that weren’t enough, the 4th Circuit’s decision will also apply to all other states in the district (Maryland, North Carolina, South Carolina, Virginia, West Virginia.)

Including the forementioned Indiana that makes six states with a combined population of approximately thirty-seven million people; the will of those people as expressed in the writing and amending of their state’s constitution has been obliterated by but three individuals.

Since the Supreme Court’s dismantling of the Defense of Marriage Act one year ago there now has been twenty consecutive federal court decisions in favor of same-sex marriage. Twenty in a row! The decision did not embolden gay-marriage activists to continually present the issue to Americans as ballot initiatives, rather it opened the floodgates to sue, sue, and sue some more. Note the headlines of the following articles, all published in 2014:

So don't be fooled into thinking “Americans now want same-sex marriage.” The truth is, “a handful of Americans now want same-sex marriage.” It so happens that some of that handful have jobs that grant them the power to simply overrule the will and desire of the masses, even if only temporarily. As it relates to this particular topic, we are not being governed according to the will of the people. We are being governed by the wills of two or three or so.

Voters have chosen to define marriage as between “one male and one female” in 31 states.  In 15 of those states the will of the people has been summarily overturned by a judge. All 15 of those rulings from the bench have occurred in the last 10 years. The remaining state constitutions are under attack as you read this. When it comes to legalized homosexual-“marriage” versus state’s rights we now know which came first – it was the chicken.

This article was first publishes on American Thinker and has been re-published with permission of the author. Derrick Wilburn is the founder, President and Chairman of the Board of the Rocky Mountain Black Conservatives, American Conservatives of Color, and BlackandConservative.com

6th Circuit judge asks gay activists: why use the courts to redefine marriage?