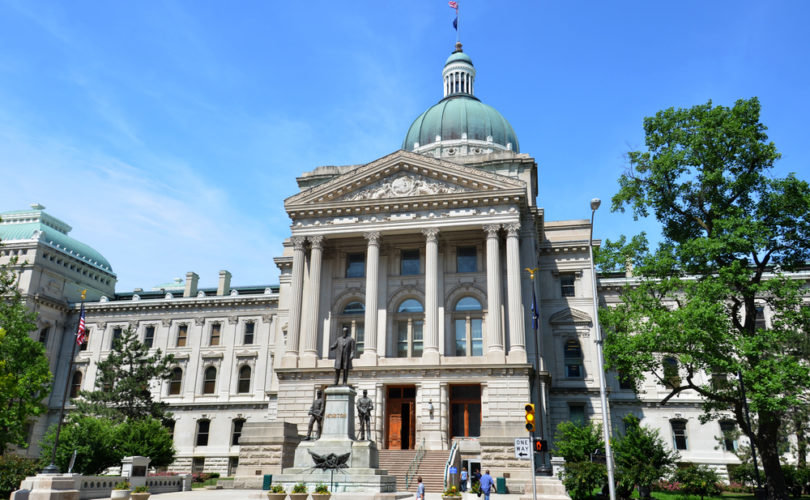 The religious liberty law is good policy. It needs no “fix.”

And the proposed “fix” amounts to nothing less than a wholesale repeal of the Indiana Religious Freedom Restoration Act with respect to those who need religious liberty protections the most.

The “fix” is bad public policy that explicitly exempts sexual orientation and gender identity laws from the Religious Freedom Restoration Act except with respect to a narrow class of nonprofit religious organizations and their agents. The “fix” specifically targets the millions of other religious Americans who wish to live their lives in accordance with their faith values, free from government coercion.

Ever feel like the only difference between the New York Times and Washington Post is the name? We do.

Try the Morning Bell and get the day's most important news and commentary from a team committed to the truth in formats that respect your time…and your intelligence.

As Attorney General Ed Meese and I explain in today’s Washington Post, the Indiana religious liberty bill is good policy that protects all Americans from government discrimination. And as I explained last month in testimony before the U.S. Commission on Civil Rights, sexual orientation and gender identity laws are bad policy that create special privileges enforceable against private citizens and backed up with government coercion and fines.

The “fix” will need to pass both chambers of the legislature and receive the governor’s signature to become law. It should not.

All citizens should oppose unjust discrimination, but sexual orientation and gender identity laws are not the way to achieve that goal. Sexual orientation and gender identity laws threaten fundamental First Amendment rights. These laws create new, subjective protected classes that will expose employers to unimaginable liability, and would increase government interference in labor markets in ways that could harm the economy.

Yet sexual orientation and gender identity laws’ damage is not only economic. It would also threaten the freedom of citizens and their associations to affirm their religious or moral convictions, such as that marriage is the union of one man and one woman and that maleness and femaleness are not arbitrary constructs but objective ways of being human. Sexual orientation and gender identity laws would treat expressing these beliefs in a commercial context as actionable discrimination.

Sexual orientation and gender identity laws do not protect equality before the law. Instead, they create special privileges that are enforceable against private actors.

We should respect the intrinsic dignity of all people, but sexual orientation and gender identity laws are bad public policy. They threaten our freedoms and unite civil libertarians concerned about free speech and religious liberty, free marketers concerned about freedom of contract and government interference in the marketplace, and social conservatives concerned about marriage and culture.

Religious freedom bills, by contrast, protect against government coercion. They don’t infringe on anyone’s rights. They simply create a standard that government must meet before it violates the free exercise of religion of any citizen.

The United States is in a time of transition. Courts have redefined marriage, and beliefs about human sexuality are changing. Will the right to dissent be protected? Will the right of Americans to speak and act in accord with what the United States had always believed about marriage — that it’s a union of husband and wife — be tolerated?

Equating sexual orientation and gender identity with race is bad policy. As I explained in my testimony last month before the United States Commission on Civil Rights, sexual orientation and gender identity are conceptually different from race, and beliefs about marriage as the union of man and woman are conceptually and historically different from opposition to interracial marriage.

So, too, while protections against discrimination based on race were necessary and justified, creating such laws based on sexual orientation and gender identity is neither necessary nor justified.

It is outrageous and irresponsible for activists to compare such dissent to racism and Jim Crow. What does marriage have to do with race? Absolutely nothing.

But more or less every society throughout human history, and all the major world religions today, have held that marriage is the union of man and woman. Even if the legal definition of marriage is changed for public policy purposes, should that entitle activists to silence citizens and eradicate charities, schools and business that simply ask for the freedom to operate according to this belief?

The “fix” from Indiana is no good.

Religious liberty protections are one way of achieving civil peace even amid disagreement. The United States is a pluralistic society. To protect that pluralism and the rights of all Americans, of whatever faith they may practice, religious liberty laws are good policy. Liberals committed to tolerance should embrace them.