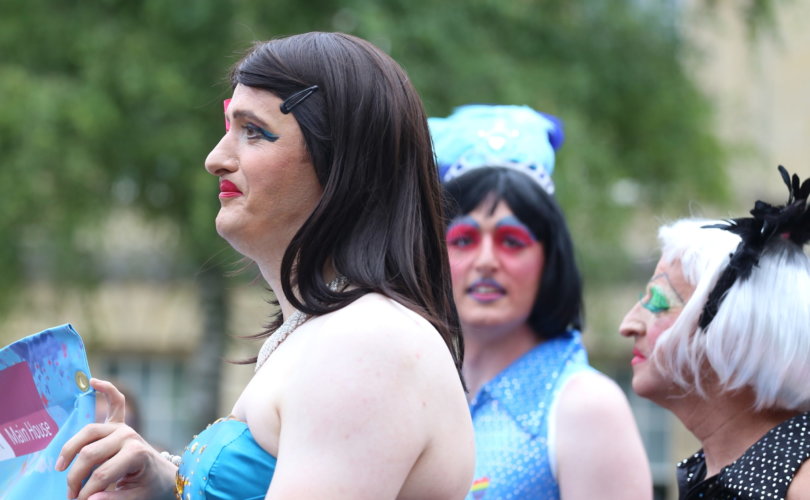 August 3, 2017 (Witherspoon Institute) — In a recent discussion on Twitter, Chelsea Manning (formerly Bradley Manning), pardoned by President Obama after being convicted of espionage, argued that transgender “treatment” is necessary for the health of trans individuals, “because,” Chelsea stated, “not getting medical attention for trans people is fatal.”

Manning’s argument is anything but an isolated one. When 17-year-old Leelah Alcorn committed suicide in 2014, LGBT activists immediately jumped to blame his parents and society at large for causing the tragedy. Zack Ford of ThinkProgress wrote:

Leelah Alcorn’s death was a preventable tragedy. Here was a 17-year-old girl with full access to all of the information available in the 21st century about transgender identities, including many safe and effective ways to transition. But as she wrote in her own suicide note before jumping in front of a tractor trailer this week, there was no hope attached to those possibilities — no trust that it could, in fact, get better. She had given up on crying for help.

This, despite the young man’s parents support of his gender identity. He killed himself because his parents asked him to wait until he was 18 to begin transitioning. They wouldn’t agree to pay for it earlier.

The argument can be summarized as follows. Without medical treatment (expensive surgery and lifelong hormone therapy), social acceptance, correct pronoun use, and open bathroom access, trans people will never be comfortable in their bodies or in society. Consequently, they are at a high risk for suicide, and it’s an injustice not to make these “treatments” available; the crime of killing trans people can even be laid at the feet of those who do not take these steps.

This argument, made by Manning, Ford, and so many others, is supposed to halt any criticism — or even querying — of gender theory, but it raises more questions than it answers.

If it needs treatment, isn’t it an illness?

The various liberal resources are shockingly equivocal as to what gender identity actually is. Gender identity is an “innermost knowing,” an issue of hormone imbalance, the result of a male brain in a female body, or a ‘transsexual’ brain, maybe an inherited characteristic, and many other possibilities, depending on whom you ask. According to some, gender is an inborn and permanent state; for others, a fluid awareness that might change by the day. How is it possible that a condition so insusceptible of consistent definition could be universally declared fatal without medical treatment?

Further, if transgenderism requires medical treatment, how can it form the basis of anyone’s identity? Trans people and their allies have, of course, insisted with great indignation that their condition is not an illness, but it is hard to see how this conclusion is to be avoided, if it’s insisted that it must be treated or else will be fatal.

Illnesses that require treatment do not constitute anyone’s identity. Being HIV-positive requires medical treatment. I do not identify as HIV-positive as though it made me an entirely new kind of person. It is a condition I need to treat in order to live and be healthy. How is being trans any different?

The goal of most transgender individuals is to live as the opposite sex. If this were not true, there would be no concern about “access to healthcare” or medical necessity. If one could simply enjoy whatever gender identity felt the most appropriate at any given time, medical intervention would be merely cosmetic. So if we agree that people who identify as transgender desire to be the opposite sex to the best of their ability — arguing that internally they already are — then we must accept that the ideal state for all individuals is cisgender, where gender and sex align naturally.

In my experience, this assertion is viewed as hateful and intolerant. To suggest that people who identify as transgender desire to be “like everyone else,” “normal,” or — dare I say — “healthy” by aligning their gender and sex is to suggest a transgender identity is itself a state of error. But again, this seems to be what is presupposed by the argument that medical intervention is so vital that, without it, a person may commit suicide.

It seems far more reasonable — and medically ethical and sound — to achieve this homeostasis by changing gender to match to the already established sex. A woman taking testosterone must continue taking testosterone, or else her desired masculine secondary sex characteristics will fade away (though if she has removed her ovaries, her body will not be able to produce estrogen and bring her female sex characteristics back). As many trans men prefer to keep their reproductive organs and become pregnant, this risk is even higher. The body’s aggressive and persistent attempt to return to a state, despite medical interventions to override that state, indicates that the state is “natural.” The body is being medically forced to adapt to conditions it is unsuited to experience.

If the ideal state is one of homeostasis, in which gender and sex are the same, then why would trans people dedicate their entire lives to forcing their bodies to adapt to conditions they cannot maintain on their own? It seems far more reasonable to recognize that the physical sex at birth is the standard by which internal perception should be aligned. Logically, wouldn’t a transgender person who suffers due to misalignment of gender and sex be equally as happy aligning his gender to his sex if the end result is that gender and sex are the same? Why is the only acceptable option to force, through dramatic physical deformity, the body to adapt to the mind instead?

We need a real cure

Some trans advocates would presumably reply that sex should change rather than gender because sex can change, whereas attempts to change one’s gender usually end badly, but this response is unnecessarily pessimistic.

I have personally experienced gender dysphoria, and I explored transition in my early 20s. I am aware of the emotional struggle, and I am sympathetic to the sense of frustration and hopelessness. But I am also aware of the empowering realization that I alone control how I perceive the world. Even if I would prefer to be female, I understand that my body is male, and therefore the most effective and healthiest plan of action is to align my sense of gender to that unchangeable state. I have largely been successful, as I feel fully integrated today and am not only comfortable in my male body but find myself enjoying the pursuit of masculine physical progress.

An uncomfortable truth is that many surveys, including a 2011 Swedish study, indicate that suicide rates remain high after sex-reassignment surgery (the Swedish study reports that people who have had sex-reassignment surgery are 19 times more likely to die by suicide than is the general population); and the National Center for Transgender Equality reported in 2015 that 40 percent of people who identify as transgender have attempted suicide. The LGBT community actively fights such studies and suppresses the voices of people who, like myself, have chosen natural alignment or who regret transitioning. The medical community is currently uninterested in recognizing the inherent dangers and long-term impact of transition therapy and is equally unwilling to pursue study that may result in finding a cure or a resolution to the underlying issue. To suggest this is a medical issue needing to be cured is to be accused of proposing genocide.

But medical issues do need to be cured. If gender dysphoria is indeed naturally fatal without treatment, the only ethical solution is to find a cure that exposes the body to the least amount of risk. Obviously, this would be to correct the biological problem and/or address the psychological distress behind the dysphoria itself.

The LGBT movement has built a civilization around the validation of being “who you are” despite all efforts of judgment or persecution. Trans individuals often tell me they are now their “true gender.” Advocates like Zack Ford and others routinely demand that extreme social bigotry prevents the trans individual from living a full and happy life. But in the center of this storm of indignation and boasting of perseverance is the steady and quiet realization that these people are extremely insecure.

We cannot forget the real tragedy in all of this. People suffering from genuine mental anguish are being promised that with enough surgery, camouflage, social acceptance, legal protection, educational campaigns, and so on, they will finally feel whole as a person. Worse, they are told that the only reason they continue to suffer is due to the intolerance and hatred of those around them. The current method of addressing this concern is only making matters worse. Treatment needs to address the core problem.

Chad Felix Greene is the author of the Reasonably Gay: Essays and Arguments series and is a social writer focusing on truth in media, conservative ideas and goals and true equality under the law. You can follow him on Twitter @chadfelixg.

​Reprinted with permission from The Witherspoon Institute.