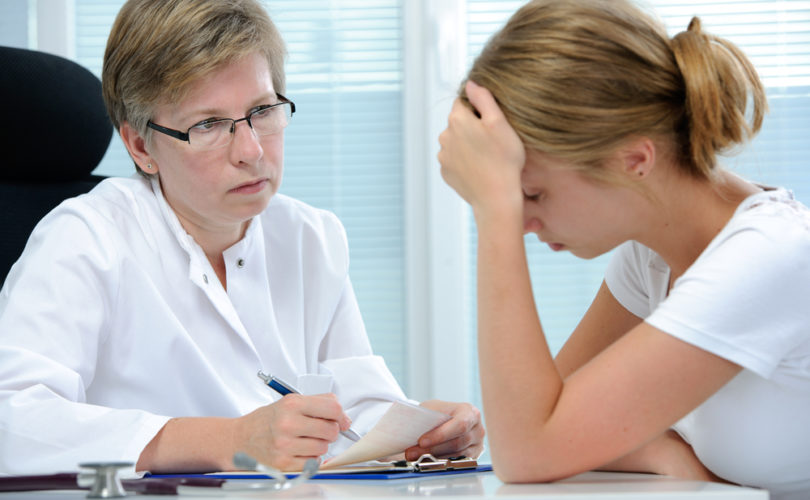 April 29, 2019 (The Public Discourse) — As a pediatric critical care physician, I became interested in the topic of gender dysphoria while pursuing further studies in bioethics. Gender dysphoria was not a topic I encountered during my medical school and residency training. I began to wonder: how have over forty gender identity clinics associated with children’s hospitals appeared in just over a decade?

Evolution of the Diagnosis

The diagnosis of gender dysphoria was previously known as gender identity disorder, categorized with sexual dysfunctions and paraphilias. The new term was introduced in DSM-5, which was published in 2013. Gender dysphoria is described as a distressing conflict the individual experiences between one’s biological sex and the gender with which he or she identifies. Gender dysphoric individuals often experience depression, anxiety, and suicidal ideations.

Troublingly, the defining criteria are all subjective, based on a child’s preferences, desires, or dislikes. The diagnostic criteria have really produced an even greater dichotomy between male and female stereotypes.

The proposed treatments for gender dysphoria are off-label and not FDA-approved. Yet, they are legal and promoted as the standard of care. These include puberty-suppressing hormones, also known as Gonadotropin-Releasing Hormone agonists. Such hormones are classified as fully reversible, and they are used to prevent the development of unwanted secondary sex characteristics.

However, calling them “fully reversible” is simply not accurate. These hormone treatments arrest bone growth and decrease its density, prevent normal pubertal organization and maturation of the adolescent brain, and prevent sperm and egg development. They are started with the intent of further treatment with high-dose cross-sex hormones, which are classified as partially reversible. This second round of hormones is used to trigger the development of the secondary sex characteristics of the desired gender.

Many serious health concerns have been associated with puberty-suppressing hormones, including decreased bone mineral density, increased likelihood of venous thromboembolic events, development of an abnormal lipid profile and metabolic syndrome, and increased risk of cardiovascular disease and cancer. Most troubling of all, they lead to sterility.

The final stage of treatment for gender dysphoria is sex-reassignment surgery. Such surgery is irreversible and not recommended until a patient reaches the legal age of majority. However, in California, mastectomies are being performed on underage girls as young as thirteen.

To understand these treatments, one need look no further than the recent American Academy of Pediatrics (AAP) statement published in October 2018: “Ensuring Comprehensive Care and Support for Transgender and Gender-Diverse Children and Adolescents.” Within the framework laid out in this document, the care-provider’s sole aim is to affirm the desired or experienced gender of the child, regardless of age. Any attempt at helping a child or adolescent to identify with his or her biological sex is considered “unfair and deceptive.”

The Academy says watchful waiting is “outdated,” and it is negligent in addressing concerns expressed by many parents of transgender youth. Just after the AAP statement came out, for example, a letter was written by members of the Gender Critical parent forum criticizing the AAP’s stance, its diagnostic methods, its view of the associated mental health problems, its choice to ignore the realities of desistance and detransition, and the Academy’s failure to apply clinical science.

Nor is the AAP adequately addressing the phenomenon known as Rapid-Onset Gender Dysphoria. This late-onset form of gender dysphoria primarily occurs in peer groups of adolescent females, in a way similar to eating disorders, suggesting that gender dysphoria can function as a social contagion, being spread from peer to peer.

In 2017, the Endocrine Society issued a document of suggestions and recommendations in caring for transgender individuals. Yet there are no standardized treatment protocols. Of the written recommendations, approximately 21 percent were listed as “Ungraded Good Practice Statements.” Of the remaining graded recommendations, over half were classified as being based upon weak evidence, and over 80 percent were categorized as very low to low quality in terms of the evidence supporting their adoption. Prospective follow-up studies reveal that nearly 85 percent of children diagnosed with gender identity disorder do not remain gender dysphoric in adolescence.

If the majority of these treatment recommendations are based upon low quality, weak evidence, and most children diagnosed with gender dysphoria do not persist, then why are we using these interventions at all? Some argue that the puberty blockers allow children time to decide. The evidence does not support this idea. A 2011 study evaluated seventy young people between the ages of twelve and sixteen who went on puberty blockers. Of the seventy individuals, not a single one withdrew from puberty suppression, and all went on to begin high-dose cross-sex hormones.

Impact on the Medical Profession and Society

No other diagnosis in medicine poses such a serious threat to our society. We must ask, “Whom are we helping, and who is benefitting?” Think of individuals with the diagnosis of body identity integrity disorder who desire amputations. How are they different from those with gender dysphoria? Why is it unethical for a surgeon to amputate a healthy arm or leg but acceptable to remove or mutilate healthy sexual organs? Both violate the principle of totality and integrity. The removal of a healthy part of the body is not justifiable, because it does not lead to the well-being of the body as a whole. The dignity of these individuals is violated, and the root cause of their suffering is not addressed.

Why is this area of medicine allowed so much leniency in regard to ethical standards? Why are children and parents not provided fully informed consent? They should be educated about benefits and risks of each intervention, informed of alternative therapies, and given the option of doing nothing. Parents are being misled by fear and coerced into affirming their children’s gender dysphoria. Children are unable to formally consent because it requires a full understanding of the treatment, its implications, and consequences (many of which are irreversible). They are not fully formed in their intellectual capacity and decision-making.

In an era of evidence-based medicine, gender dysphoria is somehow exempt. There are no randomized, controlled studies looking at the potential benefits and harms of these puberty blockers and cross-sex hormones on children. There are no studies looking at psychiatric interventions. The medical community ignores the growing number of men and women who regret transitioning and decide to detransition. Medical treatment improves when undesired outcomes and failures are recognized and addressed, but this is not occurring. Any treatment focused on helping children or adolescents identify with their biological sex is considered unethical. A binary view of gender is strongly discouraged.

Renowned clinicians such as Dr. Paul McHugh and Dr. Kenneth Zucker, after taking care of the mental health of those who identify as transgender for decades, have been scrutinized and denounced for their focused efforts on treating the mental illness rather than the mutilating of genitals.

Sadly, the impact extends far beyond the medical field. Sex education is targeting younger and younger children, teaching them to ask whether they might be transgender. Transgender and Gender Nonconforming Student Guidelines are being implemented in schools, enforcing the use of preferred gender pronouns and opening bathrooms and sports teams to students of the opposite biological sex. Educators who refuse to comply are losing their jobs. Parents who do not agree with the trans-affirmative approach for their gender dysphoric children are faced with legal consequences. In the sports arena, biological males identifying as transgender are competing in women’s events with an unfair biological advantage. Biological females who claim to be male are allowed the unfair advantage of competing while taking testosterone, which is considered “doping” in any other circumstance.

Hormones and surgeries do not transform anyone into the opposite sex, no matter how closely one identifies with that sex. Sex is a biological, scientifically based reality. When they are prescribed these treatments, children are being told that they are not okay the way they are.

I am an advocate for those who struggle with gender dysphoria and for their families, and a representative of a profession whose guiding ethical principle — “First, Do No Harm” — is being forgotten. We must protect the conscience rights of physicians who practice evidence-based, principled medicine in this field, lest we be reduced to technicians prescribing medications and performing procedures with no thought to the consequences of our actions.

Treatments for gender dysphoria should address the underlying mental health issues and concerns that lead these children and adolescents to identify as transgender. Thankfully, some compassionate therapists are spending time with their patients and the parents working through histories and experiences, addressing the whole of the individual. In this way, the body, mind, and soul can be brought together, as they were meant to be.