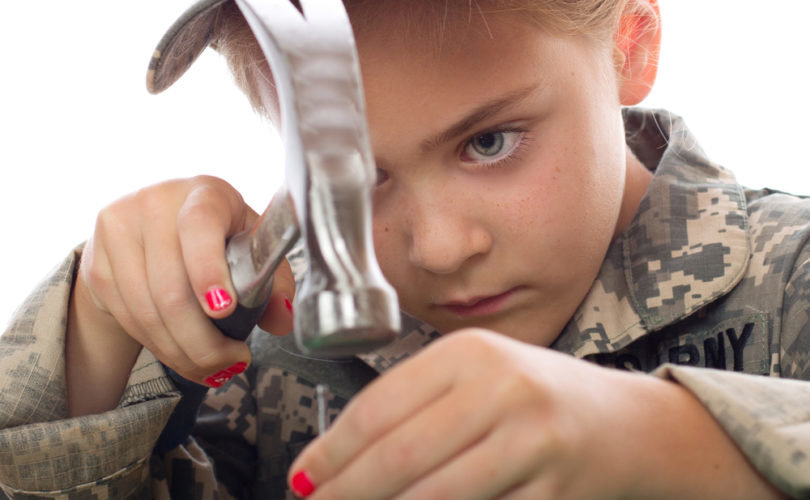 A new controversy is occurring in our elementary schools and communities today as a result of parents asserting a right to identify the sex of their child without regard to the biological and genetic realities. The parents and child often insist that the child’s name be changed to one of the opposite sex and demand the use of opposite sex bathrooms. In high schools, some students and parents are making similar demands.

Important medical and psychological issues need to be considered before the educational, medical, political and judicial systems rush headlong into a process of affirming in youth and in their parents a fixed false belief that a person can be a sex that is not consistent with their biological and genetic identity and that such individuals have the right to transgender surgery. Fixed false beliefs are identified in the mental health field as manifestations of a serious thinking disorder, specifically a delusion.

It is vital to understand what motivates youth to identify with the opposite sex, to know that proven successful treatment programs exist for such youth, and to be aware that serious psychiatric illnesses result from sexual reassignment surgery.

The Precursor to Transgender Conflicts

Most youth who identify as a person of the opposite sex had a gender identity disorder (GID) when they were children. This is a childhood psychiatric disorder in which there is a strong and persistent cross-gender identification with at least four of the following preferences:

Today, another important motivational factor related to transgender identity is the exposure of youth to gender theory in college, which can result in their embrace of postmodern philosophies focused on freedom as an end in itself. Such ideas come from various sources, including the writings of Friedrich Nietzsche and Jean-Paul Sartre. If freedom (some would call it license) is the greatest good in the world, then why should anyone be constrained by biology? One’s sex as male and female is seen not as a gift but as a constraint that must be overcome, so if technology can alter one’s body, then so be it.

In a 2001 letter published in the “Journal of the American Academy of Child and Adolescent Psychiatry,” Dutch researcher and clinician Peggy T. Cohen-Kettenis wrote:

“The percentage of children coming to our clinic with GID as adolescents wanting sex reassignment is much higher than the reported percentages in the literature. We believe treatment should be available for all children with GID, regardless of their eventual sexual orientation” ( “Gender Identity Disorder in the DSM?” 40:391).

In Toronto, Drs. Kenneth J. Zucker and Susan Bradley, authors of the major book in the field, “Gender Identity Disorder,” have been providing sensitive treatment to children with the precursor of transgender conflicts. They have written that the goal of treatment is to develop skills associated with children of their own biological sex and friendships with such children. They reported that 80% of 45 GID kids they treated were no longer gender dysphoric in their adolescence. We have experienced similar clinical results in treating such children over the past 30 years.

Some medical centers fail or refuse to diagnose GID. They neglect to provide informed consent about treatment (ignoring the work of Drs. Zucker and Bradley), and the risks of sexual reassignment surgery. Instead, they support the delusional beliefs of the youths and their parents, labeling the youth as transgender and giving hormone treatments in preparation for eventual body-mutilating surgery.

A pediatric specialist at Children’s Hospital in Boston has a program for boys who feel like girls and girls who want to be boys. He offers his patients — some as young as 7 years old — counseling about the “naturalness” of their feelings and hormones to delay the onset of puberty. These drugs stop the natural process of sexual development that would make it more surgically difficult to have a sex alteration later in life.

This physician alleges that those whom he labels as transgender children are deeply troubled by a lack of understanding of their feelings and have a high level of suicide attempts. While this physician is accurate in his interpretation of the literature — that children with GID and transgender ideation are deeply troubled — his claims of a high level of suicide attempts in children with GID is not substantially supported by the medical literature. In fact, the literature demonstrates a shocking increase in suicide and in psychiatric illness after sexual reassignment surgery.

The treatment of youth with transgender confusion is highly effective. According to Dr. Zucker and Bradley:

In these cases, the gender identity disorder resolves fully, and nothing in the children's behavior or fantasy suggest that gender identity issues remain problematic. … All things considered, however, we take the position that in such cases clinicians should be optimistic, not nihilistic, about the possibility of helping the children to become more secure in their gender identity.

Today youth with gender confusion are being encouraged to consider sexual reassignment surgery without being warned of the severe risks associated with such surgery or being given informed consent about other treatment that could resolve their confusion.

For example, a 2011 follow up of SRS from Sweden demonstrated that persons after sex reassignment, have considerably higher risks for mortality, suicidal behavior, and psychiatric morbidity than the general population.

Dr. Paul McHugh, former chair of psychiatry at Johns Hopkins, wrote in the “Wall St. Journal” on June 12, 2014 about this research that, “Most shockingly, their suicide mortality rose almost 20-fold above the comparable non-transgender population. This disturbing result has as yet no explanation but probably reflects the growing sense of isolation reported by the aging transgendered after surgery. The high suicide rate certainly challenges the surgery prescription.”

McHugh also wrote that, “When children who reported transgender feelings were tracked without medical or surgical treatment at both Vanderbilt University and London's Portman Clinic, 70 to 80 percent of them spontaneously lost those feelings.”

Dr. McHugh studied those who sought transsexual surgery at Johns Hopkins and wrote:

As for the adults who came to us claiming to have discovered their true sexual identity and to have heard about sex-change operations, we psychiatrists have been distracted from studying the causes and natures of their mental misdirections by preparing them for surgery and for a life in the other sex. We have wasted scientific and technical resources and damaged our professional credibility by collaborating with madness rather than trying to study, cure, and ultimately prevent it.

Our review article on sexual reassignment surgery demonstrated that SRS violates basic medical and ethical principles and is therefore not ethically or medically appropriate.

(1) SRS mutilates a healthy, non-diseased body. To perform surgery on a healthy body involves unnecessary risks; therefore, SRS violates the principle primum non nocere, “first, do no harm.”
(2) Candidates for SRS may believe that they are trapped in the bodies of the wrong sex and therefore desire or, more accurately, demand SRS; however, this belief is generated by a disordered perception of self. Such a fixed, irrational belief is appropriately described as a delusion.
(3) SRS, therefore, is a “category mistake” — it offers a surgical solution for psychological problems such as a failure to accept the goodness of one’s masculinity or femininity, lack of secure attachment relationships in childhood with same-sex peers or a parent, self-rejection, untreated gender identity disorder, addiction to masturbation and fantasy, poor body image, excessive anger and rebelliousness and severe psychopathology in a parent.
(4) SRS does not accomplish what it claims to accomplish. It does not change a person’s sex; therefore, it provides no true benefit.
(5) SRS is a “permanent,” effectively unchangeable, and often unsatisfying surgical attempt to change what may be only a temporary (i.e., psychotherapeutically changeable) psychological/psychiatric condition.

Pope Benedict XVI spoke on this issue in 2008:

It (the Church) has a responsibility for the created order and ought to make this responsibility prevail, even in public. And in so doing, it ought to safeguard not only the earth, water, and air as gifts of creation, belonging to everyone. It ought also to protect man against the destruction of himself. That which is often expressed and understood by the term Gender, results finally in the self-emancipation of man from creation and from the Creator. Man wishes to act alone and to dispose ever and exclusively of that alone which concerns him. But in this way he is living contrary to the truth, he is living contrary to the Spirit Creator.
The tropical forests are deserving, yes, of our protection, but man merits no less than the creature, in which there is written a message which does not mean a contradiction of our liberty, but its condition (Pope Benedict XVI, December 22, 2008).

Youth have the right to be provided informed consent about gender confusion and the serious medical and psychiatric issues associated with sexual reassignment surgery. Pediatricians, mental health professionals, physicians, nurses and school counselors have a clear legal responsibility to do so and parents, family members, educators, politicians and clergy have a moral responsibility to protect youth.

Reprinted from Aleteia.org with permission from the author.