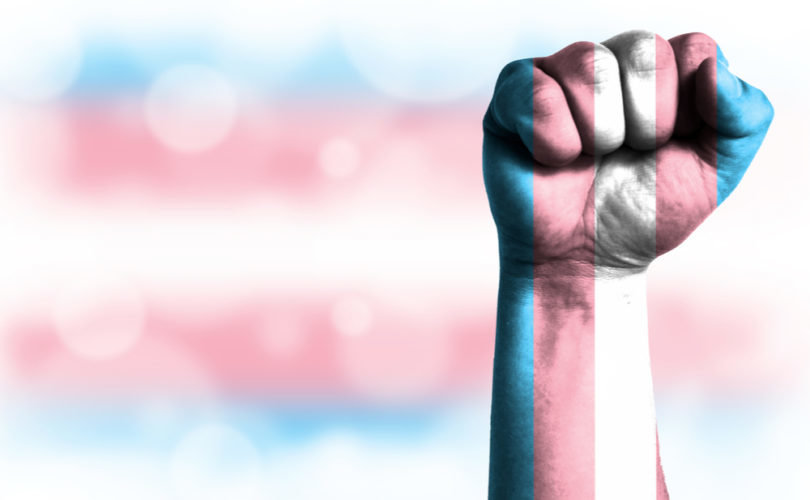 June 3, 2021 (LifeSiteNews) — The sudden and inexplicable rise of transgenderism in our youth today should cause pause, and we must reflect on the greater meaning. Is there really a sudden spike in gender dysphoria where there has never been one before, or is this just a cause-du-jour foisted on our impressionable youth?

Abigail Shrier, author of Irreversible Damage: The Transgender Craze Seducing Our Daughters, recently gave a fantastic presentation at Hillsdale College regarding this phenomenon. Her point, as she alludes to in the title of her book, is that this sexual revolution is causing irreversible harm. The long-lasting damage is both mental and physical, as young men and women face the dangers of hormone therapy and the irrevocable mutilation caused by transition surgery. Despite this evidence, transgenderism is on the rise.

Transgender advocacy groups’ push for transgender rights over the past several years has become an all-out assault on our traditional views. Consider the legal fight by the College of the Ozarks as they battle the premise that biological males should be allowed to shower with female students, simply because they state that they identify as female. This comes after Joe Biden signed the executive order titled, “Preventing and Combating Discrimination on the Basis of Gender Identity or Sexual Orientation”. Or consider the young women in Connecticut fighting to stop biological males from competing in girls’ sports.

Our traditional Judeo-Christian values and morals are under siege. In its place is a morally-blank slate where drag queens have story time with preschoolers, extolling the virtues of their queer sexuality, and where young, impressionable men and women believe that gender dysphoria is common.

This isn’t healthy, nor is it helpful to our youth. Anyone who’s gone through puberty knows how challenging it is to face the influx of hormones, thoughts, and questions about your own sexuality, let alone muddle through an onslaught of social media posts telling you to become something other than your own biological sex.

Research reveals that 60% of youth who pursue a transgender or non-binary lifestyle are highly likely to attempt self-harm, and an astounding 40% have contemplated suicide. This data is very telling — something is wrong with this approach to sexuality. It hasn’t resulted in happier and healthier young adults, rather the opposite. Our youth are confused and hurting.

Yet, trans activists continue to peddle the lie that this is a healthy decision to make, despite running counter to every natural indicator of who we have been created to be. Yes, there are girls who will act like “tom-boys”. Does that mean they need to transition from being a girl to become a boy? No. There are boys who are more effeminate than others, does that make them a girl? No, of course not.

Recently, I read a story about Ellen Page, the actress now calling herself Elliot Page. She posted photos of herself poolside, with no shirt and no breasts, attempting to prove to the world that she was now a man. However, despite the surgery and hormones, Page is still biologically a woman. There’s no way to change this fact. Trans advocates and the media would like us to believe that transition is real, but it isn’t! It’s a cosmetic farce with devastating impact.

This all stems from society’s prevailing belief in postmodernism, a philosophical approach to life where reason is discarded, and people make their own truth. In the case of Ellen Page, she can tell herself that she’s a man because of hormones and plastic surgery, and this is her “truth.” But it isn’t reality.

Thankfully, there are courageous people like Abigail Shrier and the young women in Connecticut who are pushing back against this illogical view of biology and sexuality. Most recently, Gov. Ron DeSantis and many Florida lawmakers joined this group, as they pushed back and created a law that bans biological males from competing in female sports at both the high school and collegiate levels. For this, they should all be congratulated.

We need more leaders like this to step up and secure our Judeo-Christian values — people who will hold true to the science of biology and the belief that we’re created by God for a specific purpose. We need more people like Shrier and DeSantis to sound the alarm to society. If we don’t stop this rising tide of illogical, self-made truths about biology and sexuality what will be next? Will pedophilia and bestiality become the next cause-du-jour? Will an entire generation become misled into believing gender really is fluid? Lord help us all.

Jason D. Bland is a Doctoral student at Regent University, specializing in Strategic Leadership. His writing focuses on Christian leadership as well as social and political commentary from a Christ-centered worldview. Jason currently leads business operations for a construction company and serves as an independent leadership coach and organizational consultant.