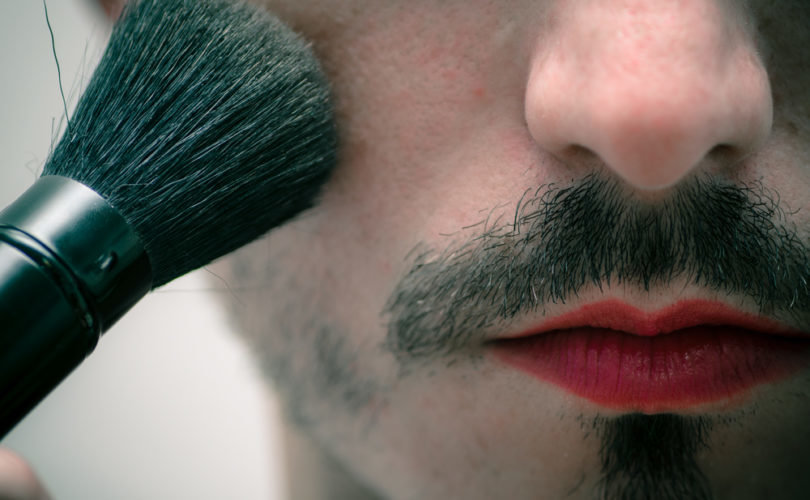 Editor’s Note: The following address by German author and social commentator Gabriele Kuby was delivered earlier this month in Moscow at the International Forum on Large Families and the Future of Humanity.

We are witnessing an astonishing historical shift.

More than a hundred years ago, Marxism declared the relationship of man and woman in monogamous marriage as “the first class antagonism” in history. This “class-conflict” had to be overcome by destroying marriage and the family. So in 1917, Alexandra Kollontai, the first woman commissar of the Bolshevik Central Committee, set out to put this into practise through the exercise of revolutionary power:

But even Lenin soon realized that this was creating social chaos. And he repealed some of these revolutionary measures.

Yet the same agenda eventually migrated to the West. It had its breakthrough with the student rebellion of the 1960s, which swept through European countries with slogans like these:

If you sleep with the same one twice, you’re a slave of bourgeois vice!

This movement was fuelled by Marxist philosophers, particularly of the Frankfurt School in Germany. In their view, sexuality was to be liberated from restrictive morality – even from the taboo of incest. Sex between children, as well as sex with children, was to be allowed in order to create a “society without oppression”.

During the 1970s, marriage laws and sexual criminal laws were revised in Western countries. Pornography, abortion, and homosexuality – in this sequence – were legalized, and obligatory sexual education was introduced in schools. And during the last decade, the collectivization of bringing up small children – formerly seen as a communist aberration – has been imposed on families by EU measures. This destroys the very source of human love, which is the relationship between mother and child.

Ironically, the Soviet Union and Eastern European countries were, so to speak, “protected” by communist dictatorship from the implementation of these ideas, which had originated in Marxist ideology.

Today things have shifted even further: The radical feminist movement and the homosexual movement merged and gave birth to the gender ideology. One of its trailblazers is the philosopher Judith Butler, a fellow of the Rockefeller Foundation and a proclaimed lesbian, who in 1990 published the book, Gender Trouble – Feminism and the Subversion of Identity.

Gender theory proclaims that our “social gender” is independent of our biological sex, so that we can “choose” whether we want to be a man or a woman.

At the policy level, this ideology becomes “Gender Mainstreaming,” which promotes:

It has taken only 20 years for gender theory to become the ruling ideology of the West. At most universities, the new field of “gender studies” has been firmly established. In my native Germany, we have almost 200 women professors in that new field of so-called “science” – which really is nothing more than the ideological agenda of radical feminism and the homosexual movement combined. And students now must adhere to this ideology – just as their predecessors had to adhere to Marxist ideology under communism.

What Alexandra Kollontai could not achieve under a communist dictatorship has now become the global policy of the United Nations and the European Union. But the underlying agenda is disguised with words that abuse the great values of Christian culture: freedom, justice, tolerance, and human rights.

Central and Eastern European nations have now begun to realize that membership in the European Union has its costs. It not only brings them new economic possibilities but also the enforced destruction of their own value system – which, for many centuries, has served as the foundation of marriage and family.

In pursuit of their agenda, the UN and the EU work with an international network of political stakeholders, billionaire foundations, the mainstream media, and global NGOs like the International Planned Parenthood Federation and ILGA, the homosexual umbrella organization. They seek to impose the feminist and homosexual agenda on every nation around the world through the policy of gender mainstreaming and LGBT-rights.

Dear friends, we are indeed facing a global ‘anthropological revolution’, as Pope Benedict XVI termed it – one which attacks the very roots of human existence. This revolution has five political cornerstones:

All this requires a response. In fact, faced with the demographic crisis in the West, and the moral and social breakdown of the family, we need a global movement that creates conditions under which the deepest longings of the human heart can be fulfilled. Such a movement should include:

As far as I can see, Russia is today the only country where there may be the possibility for church and state to rebuild the foundations of the family.

This International Forum could have a significant role in the global battle for a culture of life and the defence of marriage and family. May our political leaders be guided by wisdom and a commitment to the common good of humanity in the present political situation.