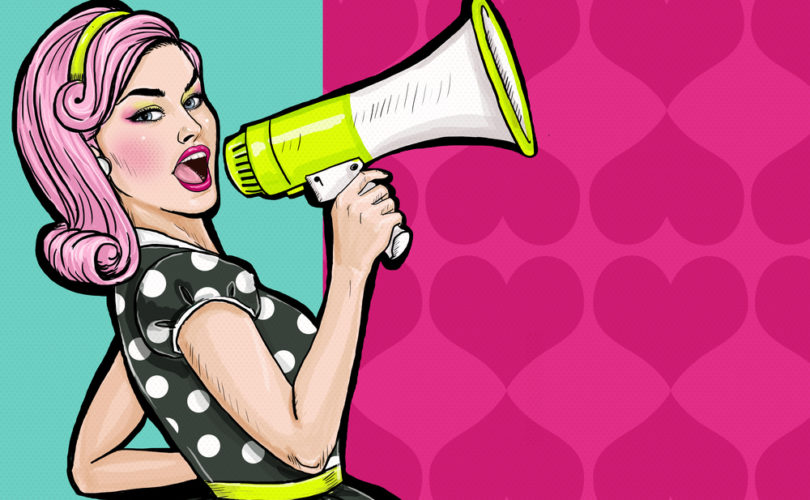 November 10, 2015 (BreakPoint) — If there were such a thing as a feminist pantheon, Australian feminist and writer Germaine Greer would surely be enshrined there. Her 1970 book, “The Female Eunuch,” is regarded as one of the foundational documents in modern feminism.

Yet that wasn’t enough to prevent her from being black-listed on a British college campus. Greer was scheduled to speak at Cardiff University in mid-November. Not anymore. A petition signed by 3,000 people called for the cancellation of her talk on “Women & Power: Lessons From the 20th Century.”

Why? Because the signers of the petition claim she is “transphobic.”

The controversy dates back to something Greer wrote in the Guardian in 2009. She opined that “Nowadays we are all likely to meet people who think they are women, have women's names, and feminine clothes and lots of eyeshadow, who seem to us to be some kind of ghastly parody, though it isn't polite to say so. We pretend that all the people passing for female really are. Other delusions may be challenged, but not a man’s delusion that he is female.”

This was six years before the July 2015 cover of Vanity Fair featuring Bruce Jenner.

More recently, speaking at Cambridge University, Greer was given a chance to walk her comments back. She declined. According to reports, “audience members were relentless in their questioning of Greer on her exclusion of transgender women from her feminist ideas,” to which Greer replied, “I’ve got 51 per cent of the world to think about, and I’ve got to talk about transphobia.”

Cardiff University stood by its invitation, saying that “Our events include speakers with a range of views, all of which are rigorously challenged and debated.” But Greer withdrew, telling the BBC “I’m getting a bit old for this . . . I don’t want to go down there and be screamed at and have things thrown at me.”

Not to mention being absurdly labeled a “misogynist.”

In a delicious bit of irony, at the same time Greer was withdrawing from her speaking engagement, Rachel Dolezal, the former head of the Spokane NAACP admitted that, while she was “born white,” she “identifies as black.”

When the story about Dolezal broke, some people drew what should have been an obvious parallel to the Bruce Jenner story: both were people whose self-identification did not square with their personal history.

This despite the fact that, as my friend and colleague Roberto Rivera recently wrote at BreakPoint.org, race is, scientifically-speaking, a “much less precise concept than sex and gender.” Most geneticists and anthropologists consider our ideas about race to be largely a social and political construct. As one prominent geneticist has written, “racial classifications are of ‘virtually no genetic or taxonomic significance’.”

Even if you don’t understand how this is possible, the important issue is that nothing remotely like this has ever been said about sex and gender. No serious scientist denies the biological reality—and fixed nature–of male and female.

Political correctness has become like the mythical Ouroboros—a snake swallowing its own tail. Even leading feminists aren’t safe anymore. Because, as Germaine Greer has learned, when you challenge people’s delusions, they will travel to the ends of the earth to silence you. Even if they have to stand on their heads all the way.