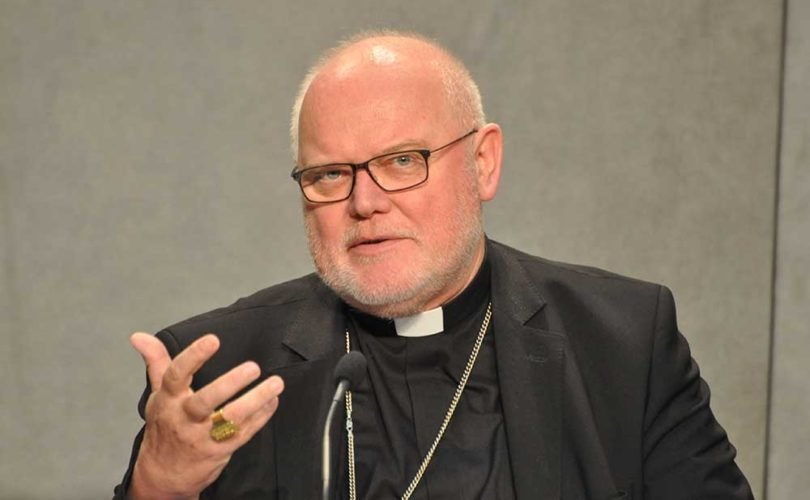 MUNICH, December 17, 2015 (LifeSiteNews) – A Catholic cardinal with great influence on Pope Francis addressed a conference earlier this month where around 200 theologians issued a declaration calling for fundamental changes to the Church – in the interest, they claimed, of fully implementing the Second Vatican Council.

Cardinal Reinhard Marx’s Archdiocese of Munich played host to the December 6-8 conference, which was called “To Open Up the Council – Theology and Church in Light of the Second Vatican Council.” The conference also heard an address from Cardinal Karl Lehmann, a former head of the German bishops’ conference.

The conference’s Declaration, referring to the ongoing “impulses of the Second Vatican Council,” proposed reforms to be carried out in many areas of the Church:

Among the signatories of this lengthy Declaration, there are to be found several names which will already be likely known to the readers of LifeSiteNews: Professor Eva-Maria Faber of Chur, Switzerland – a speaker at the controversial May 25 “Shadow Council” at the Gregorian University in Rome; Professor Eberhard Schockenhoff of Freiburg, Germany – another participant of the “Shadow Council”; and the German Professor Michael Sievernich, S.J., who was a special papal appointee at the recent 2015 Synod of Bishops on the Family and who has defended the idea of admitting “remarried” divorcees to Holy Communion. One of the organizers of the Conference was Professor Stephan Goertz who has made news by publicly stating that a homosexual relationship should even be considered as having a sacramental character.

While the signatories are all professional theologians, Cardinal Lehmann served as the honorary president of the Conference. In his speech, the cardinal praised Pope Francis himself for giving back a greater freedom to the Synod of Bishops, according to a report on the German bishops’ website. He said the implementation and expansion of the principle of synodality are now more important than a Third Vatican Council. According to the National Catholic Reporter, Lehmann told the conference that one of the Church’s greatest failings in recent decades was “that we didn't take the societal changes that occurred after Vatican II, most particularly those of 1968, and the deep effect they had on people, seriously enough.” It might be helpful to remember that Cardinal Lehmann was himself a leading member of the “Sankt Gallen Group,” which regularly met in the 1990s and 2000s and which is known for its desire for moral and doctrinal changes in the Church.

Cardinal Marx, the current president of the German bishops’ conference, said in a sermon that the Council’s texts should be an “impulse” for Church reform. “They are an impulse to think further and to pick up the thread anew,” he said, according to the National Catholic Reporter.

“When we look back at the council texts, at the spirit of the council and the theological debates that took place, we must of course be deeply grateful but we must not stop there. … The council gave us the gift of new departures which we can and must take up in a new way today,” he said.

“The church is not only a teaching but a learning church. It is open to history and to the signs of the times,” he added.

Cardinal Marx is a member of the Council of Nine Cardinals which was founded by Pope Francis to assist him in his proposed reforms of the Church.

Steve Jalsevac, co-founder of LifeSiteNews, drew an illuminating connection in a blog post Wednesday between current developments in the Church and some of the earlier reformist and revolutionary movements of the 1980s. These movements then had also tried to alter fundamentally the Church's moral and doctrinal positions. Jalsevac quotes, for example, the candid words of one such reformer and activist, and they still sound very familiar, indeed, especially in the context of the above-quoted Declaration of the conference in Munich: