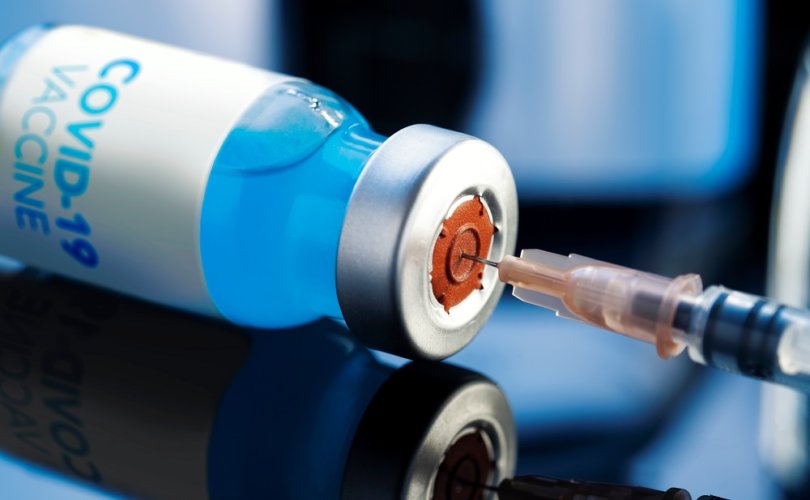 September 10, 2020 (LifeSiteNews) — The first vaccine was developed at the end of the 18th century by English country doctor Edward Jenner. Jenner’s success was so resounding that it remains the blueprint for all vaccination programs to this day. The smallpox vaccine shows the four characteristics that characterize a good vaccine candidate. The disease to be vaccinated against must be so serious that it justifies the vaccination of a large number of people. This is because healthy people who may never come into contact with the pathogen are vaccinated. Therefore, one must be sure that the benefits outweigh the risks with great certainty and by a large margin. If this is not the case, vaccination constitutes a bodily injury. This precautionary principle, which is expressed in the dictum primum nihil nocere (“first, do no harm”), has been the guiding principle of all medical action for more than 2,000 years. This sensitivity is also the reason why for a long time vaccine production was exclusively in the hands of the government. The pathogen must also not change. If frequent mutations occur, vaccination is like shooting at a moving target with a fixed gun: you can hit the bull’s eye, but you usually miss. Thirdly, the pathogen should occur only in humans, because its eradication is possible only if it does not find shelter in animals. Finally, vaccination should provide long-term and comprehensive protection against the targeted disease.

Usually, the development of a new vaccine takes six to ten years. First the vaccine must be produced in cell cultures, in chicken eggs or by means of molecular biological processes. However, this production represents only a small part of the overall development. Particularly demanding is the testing, which takes place in a pre-clinical phase in the test tube and in animal experiments, followed by three clinical phases in test subjects. In the first clinical phase, the tolerability of the vaccine is usually tested on fewer than one hundred people. Questions are answered such as: Does redness or pain occur at the injection site? Does it lead to inflammation? Are there deaths?

If the vaccine survives this phase, which lasts from weeks to months, the second phase will involve up to 1,000 test persons to determine whether the vaccination causes an immune reaction at all. If this is the case and the vaccine does not show any serious side-effects, the third and longest test phase follows. In most cases, 30,000 to 50,000 test persons are divided into two groups, one of whom receives the new vaccine, the other a placebo. Both groups are then usually exposed to an infection with the target pathogen for four to six years. After this period, it is investigated whether the vaccine group has fewer or at least milder infections than the placebo group. The long-term observation of many people also serves to detect rare, serious side-effects.

Currently, the whole world is waiting for the new vaccine against COVID. In a video podcast, German chancellor Angela Merkel said it is about “how we develop vaccines for all people in the world.” U.S. president Donald Trump even announced on television that he was prepared to “be the first person to receive the vaccine.” In a radio interview, Bavaria’s Prime Minister Markus Söder pondered the idea of withdrawing the license from doctors who refuse to administer vaccines like the one against COVID. Almost everything concerning the development of the vaccine against the SARS-CoV-2 virus deviates from the principles of vaccine development.

For a pathogen to be suitable as a vaccination candidate, it must pose a significant risk to everyone. However, it is becoming increasingly clear that severe COVID-19 progressions are, with few exceptions, restricted to very old people with pre-existing conditions. For the rest of the population, progressions are mild and often asymptomatic, especially in children. In addition, the virus is extremely prone to mutation and is almost ubiquitous in the animal kingdom. More recent data also indicate that immunogenicity of the vaccine may be difficult to achieve. Thus, it is not certain whether antibodies alone protect or whether the so-called cell-mediated immunity is not the main focus. In addition, antibody levels seem to drop rapidly after infection and are even more likely to drop after vaccination. All this makes it appear questionable whether SARS-CoV-2 is even a candidate for mass vaccination or a mass vaccination requirement.

Approximately 200 vaccine candidates against SARS-CoV-2 are currently being developed, at least ten of which are already in clinical trials. For all candidates, the fact that the test phases are being shortened, as they are, is highly problematic. It is true that time can be gained by removing bureaucratic hurdles. Also, mRNA or DNA vaccines require less time for production than conventional vaccines. But more than about one year cannot be saved overall. Any shortening of the subsequent test phases is associated with a higher risk of side-effects and a poorer evaluation of efficacy. This cannot be avoided with any test procedure, however sophisticated, but is a biological fact.

Many of the vaccines are also problematic for other reasons — for example, the vaccine developed by the University of Oxford and the pharmaceutical company AstraZeneca, which is already in the third clinical trial phase. This vaccine, which consists of a monkey adenovirus that carries the SARS-CoV-2 spiked protein on its surface, is produced in a cell line derived from the kidneys of a child who was aborted, probably in 1972. Similar candidates, such as the vaccine candidate developed by CanSino Biologics Inc. and the Institute of Biotechnology of the Chinese military, as well as a variant from the University of Pittsburgh, use either this renal cell line or another cell line from a child aborted in 1985.

Five other vaccines currently in clinical trials consist of messenger RNA (mRNA) molecules that are injected under the skin or into muscle tissue and absorbed by our own body cells. mRNA, a molecular cousin of DNA, is used to transmit the genetic information of DNA to the ribosome, the “assembly line of protein production” in the cell. The mRNA in the vaccine, which is structured like the RNA in the SARS-CoV-2 virus, “captures” our cells and causes them to produce and excrete parts of the SARS-CoV-2 virus. According to theory, these then trigger a protective immune reaction against the virus.

The mRNA vaccination principle, on which work has been going on for more than 20 years, sounds promising but is fraught with considerable risks. For this reason, mRNA vaccines have so far only been approved in veterinary medicine (salmon and pig), and not in humans. The main risk is the possible triggering of severe autoimmune reactions. The immune defense is directed not only against the pathogen, but also against components of one’s own body. At that time, mRNA vaccines were developed against the lung diseases SARS and MERS, which like COVID-19 were caused by coronaviruses. Not only did these vaccines not have long-term efficacy, but they also caused severe autoimmune reactions in the lung tissue, which is why they did not pass clinical trials.

Another candidate in clinical testing does not consist of mRNA, but of the genetic material DNA, which is injected directly into test persons. The mode of action is similar to that of mRNA vaccines, with DNA being inserted into the information chain one step before mRNA. Therefore, the DNA vaccine carries not only the same risks as an mRNA vaccine, but also additional risks. For example, an immune reaction may occur against the DNA itself, the effects of which are not clear. In addition, and more importantly, there is the possibility that some of the vaccine’s DNA will integrate with our own DNA. Such insertion in the wrong place can lead to serious unintended consequences, such as cancer development. There are no reports of such an effect, which led the biochemist and director of the Paul Ehrlich Institute, Klaus Cichutek, to say that “in the case of DNA vaccines, we have spent many decades pursuing a theoretical risk that has never actually been proven in animals and clinical trials.” This statement must be considered abridged because there has not been a long-term study in a larger number of people. In addition, most of the publications on the question come from the research laboratories of the vaccine manufacturers.

The requirements for a vaccine in terms of safety and efficacy are much higher than those for drugs. This is all the more true when the whole of humanity is under discussion as recipients. The SARS-CoV-2 virus is not particularly suitable as a candidate for mass vaccination. The hasty program of development cannot guarantee the required safety. Almost all of the vaccines currently in clinical trials are either unethical or based on active principles whose long-term effects and effectiveness have never been tested on humans. But in vaccine production, the devil is in the details. Despite intensive research over several decades, we still do not have a vaccine against HIV or malaria. And even the effectiveness of the annual flu vaccination is only between 10 and 30 percent. The swine flu vaccine knitted with a hot needle in 2010 proved to be a fiasco, both in terms of its side-effect profile and its effectiveness. It may not be possible to find a vaccine against SARS-CoV-2 in the end. But this result is far better than a half-finished and ineffective product causing massive damage to health for which — let’s not forget — not the vaccine-manufacturer, but the general public would have to pay. In retrospect, such a scenario could prove to be the biggest mistake of the whole COVID episode.

Added by the author after the original publication:

Since this article was written, the use of an adenovirus vaccine manufactured by the state-owned Gamaleya Research Institute of Epidemiology and Microbiology in Moscow, Russia, was reported. This vaccine, termed “Sputnik V,” contains a mixture of two adenoviruses that have been genetically modified to carry on their surface the SARS-CoV-2 spike protein (glycoprotein S). The author was unable to determine if human fetal cell lines were used in the development of this vaccine, which was introduced after a phase one clinical trial involving only 76 individuals.

The above article was first published on August 27, 2020 by German Catholic weekly newspaper Die Tagespost. Prof. Dr. Paul Cullen, the author, is president of “Doctors for Life” in Germany. His article has been translated with permission by LifeSite’s Martin Bürger.