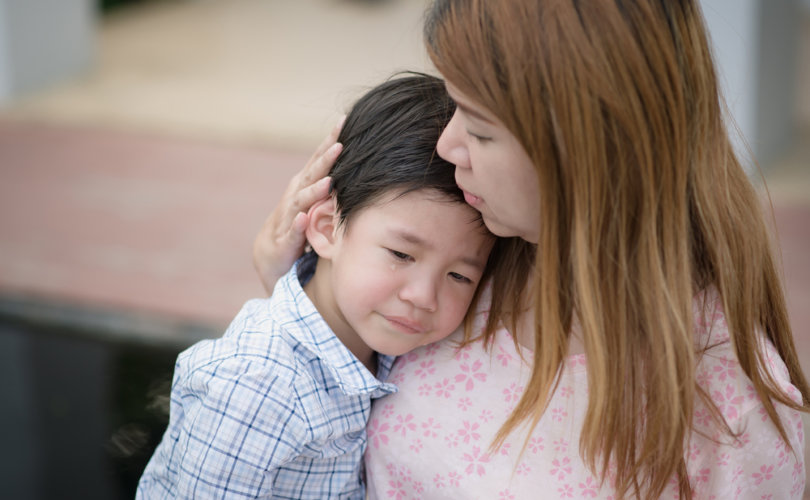 July 26, 2016 (POP) — The U.S. Government wastes billions on programs and initiatives that American taxpayers don’t want and certainly don’t need. But no example of government waste is more disgraceful than the tens of millions of dollars handed over each year to the United Nations Population Fund (UNFPA)—an organization that for decades has been working hand-in-glove with China’s brutal and repressive population control policy.

With the exception of the Obama Administration, every other administration since the Reagan administration has at some point barred the UNFPA from receiving federal funding on account of the U.N. agency’s involvement with China’s planned birth policies. UNFPA, to this day, continues to operate in China in collaboration with the state-run family planning program. UNFPA has never condemned or even apologized for its activities in China.

UNFPA’s involvement with China’s brutal policy goes back to the beginning.

Since 1979, when the Chinese Government put the one-child policy in place, UNFPA supported the Communist Party’s efforts to limit the number of births women are allowed to have. UNFPA’s executive director, Rafael Salas, even publicly praised the program saying “China provides a superb example of integrating population programs with the goals of national development.”

In 1983, UNFPA gave its highest award, the UN Population Award, to the chairman of the National Family Planning Commission, Qian Xinzhong. The UN Population Award is given to an individual that exemplifies what the UNFPA considers to be “outstanding contributions to population and reproductive health questions and to their solutions.” That very same year, according to statistics reported by the China ministry of health, Qian Xinzhong and his Commission oversaw the enforcement of over 20 million coerced sterilizations, nearly 18 million coerced IUD insertions and more abortions than at any other time in all of Chinese history. Never have there been more abortions in the Mainland than there were in 1983—neither before nor since.

For all of Qian’s efforts to achieve “outstanding contributions to population,” however, he was forced to share the limelight of receiving the coveted UN Population Award with another of UNFPA’s heroes, Indira Gandhi. The former Prime Minister of India, Gandhi was feted for, among other things, launching a brutal campaign that forcibly sterilized over 11 million men during the infamous Emergency Period (1975-1977). India’s current Prime Minister Narendra Modi recently called the Emergency Period “one of India’s darkest periods…when the then political leadership trampled over our democracy.”

In 1998, at the invitation of the Chinese Government, UNFPA began operating family planning programs in partnership with the state-run Office of Family Planning in 32 counties throughout the country. The counties where UNFPA operated were said to be “model counties” where the one-child policy was supposedly implemented without coercion. There was doubt that UNFPA would be able to recognize coercion when it saw it—after all, UNFPA had consistently supported the one-child policy from day one. UNFPA then-executive director Nafis Sadik had publicly stated in a CBS interview that “the acceptance of the [one-child] policy is purely voluntary.”

UNFPA’s “model counties” were soon found to be even more repressive than their counterparts. Some years ago, a team led by Population Research Institute investigative journalist Josephine Guy went into one of these “model counties” and documented numerous human right abuses.

Guy encountered countless women with similar stories. Many told of how they had been forced to abort their child or had been forced into hiding once the family planning police had discovered the “illegal” pregnancy.

Women were subject to routine and invasive periodic pelvic examinations and sonograms to assure that they were not pregnant without a birth permit.

Women who hid from the police to save their child often saw their relatives rounded-up and thrown into prison. Livestock, food stores, and other possessions could be confiscated. Women who failed to abort their child saw their homes and the homes of their relatives destroyed by jackhammer-wielding demolition teams. One woman’s story was typical in UNFPA project counties:

They wanted me to report to the hospital for an abortion but I refused to go. I went into hiding in my mother's village. Then my brother, my older sister, and my younger sister were all arrested. I had no choice but to go somewhere else to hide…They arrested six people in my mother-in-law's family and destroyed three homes.

Women were forbidden to marry until 23 and were forced to abort if found to pregnant out of wedlock. In Fujian Province, where UNFPA operates a number of county programs, women who became pregnant before 20 years of age were required to be forcibly aborted, forcibly sterilized, and fined 10,000 yuan as a matter of standard policy—a policy that was enforced in every county in Fujian without exception.

Human rights abuses have not ended under the current two-child policy. As recently as 2015, cases of mandatory abortion have been reported in China—for one woman as late as eight months into pregnancy.

Aside from officially allowing all couples to have two children and making registration (hukuo) available for children who had been born “illegally,” all other aspects of the one-child policy remain in force to this very day. The Vice Minister of the National Health and Family Planning Commission, Wang Pei'an, recently made it very clear that China’s Planned Birth Policy will remain in place for a “long-term adherence…at least 20 years, 30 years.”

UNFPA has not learned its lessons either. UNFPA continues to work in close collaboration with the Chinese Government. UNFPA’s latest strategic framework for program activities in China over the next five years (2016-2020) is “aligned with national priorities, as outlined in the Third Plenum of the 18th Central Committee of the Communist Party of China.” The program framework stipulates that “UNFPA and the Government of China, through the Ministry of Commerce as the coordinating entity, will be jointly responsible for management of the programme.”

To this very day, UNFPA continues to fail to acknowledge the Government’s responsibility in enforcing a repressive and coercive planned birth policy, insisting that “the Government promotes informed choice of contraceptive methods.” Although UNFPA’s strategic framework acknowledges that sex-selective abortion is an issue in China, its timid statements on the widespread practice are grossly inadequate. And never once does UNFPA condemn or even admit that the Government has carried out forced abortions, forced sterilizations, house demolitions, imprisonment, crushing fines equal to more than two years’ worth of a family’s annual household income for “illegal” children, and other egregious human rights abuses in the process of enforcing its planned birth policies.

On top of UNFPA’s complicity with forced abortion and the one-child policy, UNFPA has been complicit with numerous other human rights abuses.

In Peru, UNFPA served as a technical secretary for former President Alberto Fujimori’s infamous coercive sterilization campaign which specifically targeted poor and indigenous women. UNFPA brought in family planning experts from China’s one-child policy to advise the Fujimori regime on how to build an effective family planning program. And ‘effective’ they were indeed. Over 300,000 poor and indigenous women were sterilized, many coercively so, during the campaigns. Fujimori has since been convicted of “crimes against humanity” for other charges.

Although UNFPA claims not to promote abortion as a method of family planning, UNFPA apparently has no issue with giving significant grants and funding to organizations that perform abortions as a core service. Since 2001, UNFPA has given over $20 million dollars to the International Planned Parenthood Federation (IPPF) in support of various IPPF activities. Over the past decade, UNFPA has represented one of the most important non-governmental sources of revenue for IPPF.

U.S. law, under what is commonly referred to as the Siljander Amendment, currently forbids federal funds to be used to promote abortion in foreign aid programs. Yet the U.S. Government under the Obama administration continues to fund a U.N. agency that in turn funds organizations like IPPF that openly promote and perform abortion. Making federal funds to UNFPA that in turn funds IPPF constitutes a violation of the spirit of the Siljander Amendment and undermines the very purpose of the law.

In 2015 alone, IPPF performed nearly one million chemical and surgical abortions worldwide and actively advocated to lobby governments in various countries to change more than a dozen laws and policies to undo protections put in place to safeguard unborn life.

If there were any doubt as to UNFPA’s support of the promotion of abortion, just earlier this year, the U.N. agency bestowed its UN Population Award on none other than the former Director of the IPPF’s Western Hemisphere Region, Carmen Barroso.

The 2017 State and Foreign Operations Appropriations Bill, as recently approved by the House Appropriations Committee, accounts for this by cutting all funding to UNFPA for the 2017 fiscal year.

Cutting funding to an organization that, according to Congressional record, has been complicit with the brutal one-child policy is something lawmakers on both sides of the aisle should be able to agree upon. President Obama should follow the example set by his predecessors which have all, at some point, cut funding to UNFPA on account of its programs operating in China.

American taxpayers should not be forced to pay millions of dollars every year to a U.N. agency that has been complicit with egregious human rights abuses in China and elsewhere. Let us hope that the next administration returns to the sensible policies of the Reagan administration and cuts all funding to this rogue organization once and for all.