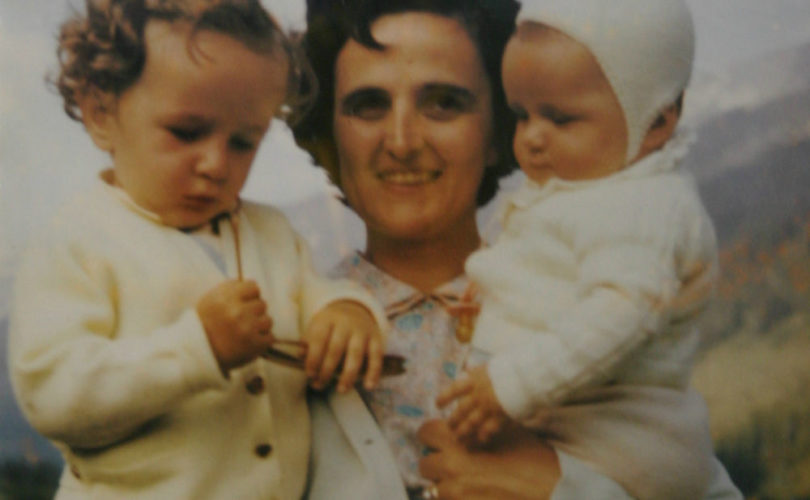 Living in a world where women are much too used to looking for love in all the wrong places, Saint Gianna Beretta Molla offers women an example of genuine love that can only be found in the most profound of actions. Most of us will never experience the complete self-sacrifice of another on our behalf, though many have been deeply touched by Gianna’s selfless legacy.

The tenth of thirteen children, Gianna was an Italian pediatrician, wife, and mother. She was a woman who was blessed with opportunities and met with great barriers. Her brother, a missionary in Brazil, invited her to join him in his mission, yet her unstable health kept her from pursuing the work. Though disappointed by the obstacles that prevented her from ministering to the needy in Brazil, she did not allow such a setback keep her from doing works of great love in her home country. As a physician, Gianna gave everything she could to help her patients. Perhaps her greatest act of love, though, was that which she showed toward her daughter in the last days of her life.

Two months into her fourth pregnancy, Gianna’s doctors diagnosed her with a fibroma of the uterus which would kill her if she wasn’t treated immediately. She was given three choices: an abortion, a complete hysterectomy, or surgical removal of only the fibroma. With the precious life of her pre-born daughter in mind, she decided to go through with a surgery that removed only the fibroma, so as to spare the life of her daughter. Before undergoing the surgery, she gave her doctors the strictest instruction to preserve her daughter’s life at all costs, including her own.

The surgery was successful in removing the fibroma, but complications persisted throughout the pregnancy. When it came time for her baby to be born, it was clear that the delivery would be difficult. Gianna told her doctors before delivery that “if you must choose, there should be no doubt: choose – and I demand it – the life of the baby. Save her!” On April 21st, 1962, Gianna Emanuela Molla was born healthy and beautiful. Seven days later, Gianna Beretta died at the age of 39. She had given her life for her child.

Today, Gianna Emanuela works as a geriatrician in Milan. She often shares the story of her mother’s gift, and likes to say that her “mother was a Saint first of all because of the way she lived, not only because of the way she died.” Those who meet Gianna Emanuela find in her a certain joy that without a doubt comes from being loved to the extreme. She is evidence that an act of selflessness really can save and change a life. Gianna Beretta, an ordinary woman who loved skiing, mountain-climbing, and visiting the opera, shows us that when presented with a difficult decision, it is through doing the hard thing that often brings the most joy to oneself and to those nearby. She was a woman just like any other who rose to a level of greatness through her selflessness. What Gianna did for her daughter was hard. What she did was painful. What she did was the choice less chosen. And what she did was what makes her an inspiration.

Reprinted with permission from CCBR