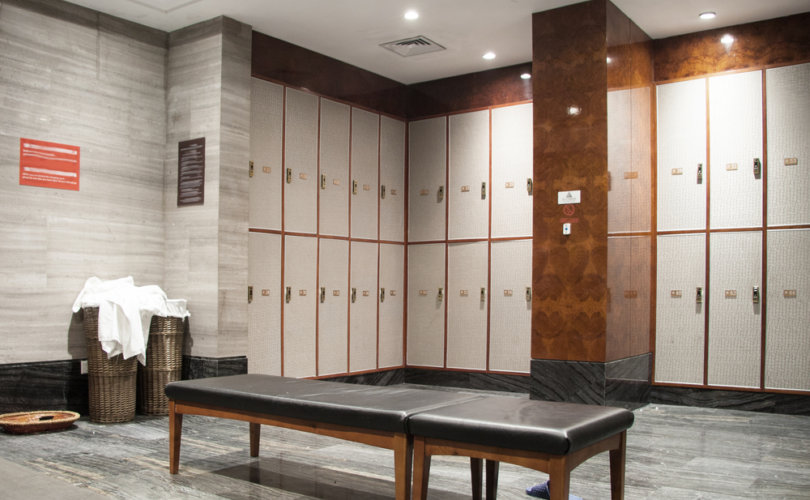 CHARLOTTE, North Carolina, May 20, 2016 (LifeSiteNews) – Girls need to get over the “discomfort” they may feel at seeing male genitalia in the locker room, the editorial board of one of North Carolina’s largest newspapers wrote in a piece supporting the Obama administration’s transgender school facilities edict.

The Obama administration’s threat to withhold federal funding from schools that don’t allow males to share restrooms, locker rooms, showers, and hotel rooms with females “is sure to bring more heat to the bathroom debate, but eventually the decree should have the opposite effect,” the Charlotte Observer editorial board wrote.  “It will bring acceptance, as these measures do, by showing that the answer to what happens in bathrooms is a lot less fearsome than the question.”

“Yes, the thought of male genitalia in girls’ locker rooms – and vice versa – might be distressing to some,” the editorial board continued.  “But the battle for equality has always been in part about overcoming discomfort – with blacks sharing facilities, with gays sharing marriage – then realizing that it was not nearly so awful as some people imagined.”

Got that, North Carolina?  A little girl staring at a naked man probably feels uncomfortable the way a racist felt uncomfortable when he sat next to an African-American.

Ironically, the Charlotte Observer’s piece acknowledged that there are, in fact, inherent biological differences between men and women and people have a natural sense of privacy that prevents them from wanting to change in front of members of the opposite sex.

The Charlotte Observer’s editorial admitted that the current cultural battle over bathrooms is, in fact, about whether people with male genitalia—men—should be allowed in women’s bathrooms.  This is a much more honest argument than the one leftists typically use, which is that men who want to access the women’s restroom are “trans women” and therefore every bit as female as biological women.

“The answer to what happens in bathrooms is a lot less fearsome than the question,” the editorial board wrote, arguing that there is no threat from bathroom predators.

“In this lunatic world, we place the burden of transgender progress on young girls, telling them to just get over it.”

The conservative blogosphere was quick to point out the absurdity of the Charlotte Observer’s arguments.

“When a man exposes himself on the street in front of a teenage girl, the police always offer the services of a psychologist to the young woman to help her deal with the trauma of seeing a male penis,” wrote Rick Moran at American Thinker.  “Liberals will claim the context is different in a locker room or bathroom. That's nonsense. To a teenage girl, a penis is a penis and context is meaningless.”

“But to the Charlotte Observer and the Obama administration, teenage girls being exposed to the sight of male genitals is something to be ‘overcome,’” he continued.  “In this lunatic world, we place the burden of transgender progress on young girls, telling them to just get over it.”

A civil rights activist who joined the famous Greensboro lunch counter sit-in called it “offensive” to compare the transgender fight to the civil rights movement.

“In comparison, transgender individuals do not have to fight dogs, can shop anywhere and can use any water fountain,” he continued.  “They are free to work, shop and ride the bus. And to my knowledge, they have not experienced 400 years of slavery and the ongoing fight for parity 151 years after emancipation.  It is a further insult that the left chooses to ignore the continued absence of African Americans at the top levels of corporate America including the companies that took a public stand against HB2. Look at their boards of directors and executive teams. Where are the African Americans? Women? Transgender people? To them, I say fix these problems in your own house.”