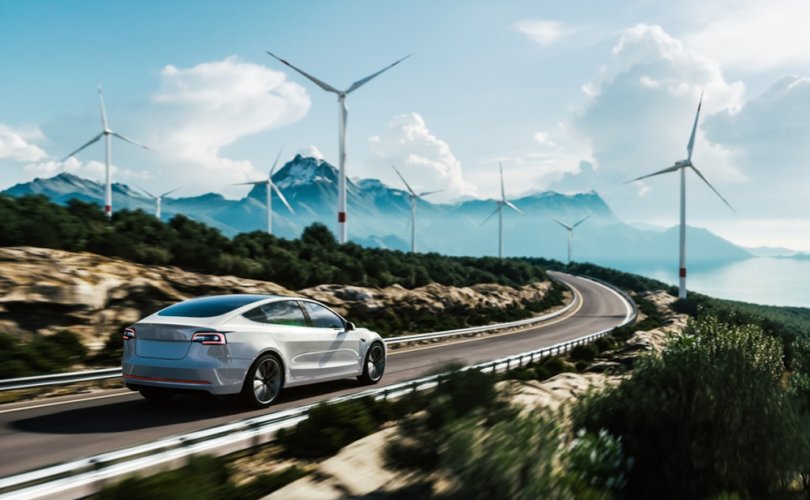 (Conservative TreeHouse) – As a result of Western governments taking drastic collective action under the auspices of a ‘climate change’ agenda, we are on the cusp of witnessing something happening, with ramifications that no one has ever seen before.

Western governments, specifically western Europe, North America (U.S-Canada) and Australia/New Zealand, are intentionally trying to lower economic activity to meet the intentional drop in energy production. This is the core consequence of the Build Back Better (BBB) agenda as promoted by the World Economic Forum.

There is no precedent for nations to collectively and intentionally attempt to reduce their economic activity in this way.

READ: No, raising a child doesn’t have to cost $300k. Here’s how families can make it work

Hiding behind the false justification that current inflation is driven by too much demand, central banks in Europe, the Bank of England, Bank of Canada and U.S. federal reserve are raising interest rates. The outcome we are currently feeling is an intentional economic contraction and global recession.

The Build Back Better monetary policy is successfully shrinking western economic activity; however, the impacted nations that produce goods for markets in North America and Europe, specifically southeast Asia, Japan and China, are not raising interest rates in an effort to try and offset the drop in demand.

China has announced they are dropping their central bank rates in a desperate effort to lower costs and keep their export dependent economy working.

Underneath all of this, is a drop in energy production in the same nations trying to lower economic activity. The political policymakers are attempting to manage this process without informing the citizens of the unspoken goal. Shortages of oil, coal and natural gas are self-inflicted problems, all part of the BBB agenda.

Beyond the massive increases in energy costs, which is the true source of inflation and a direct/intentional outcome of the BBB effort, Europe is now facing a looming winter without the energy resources to heat homes and sustain people. Things are going to be very uncomfortable in Europe this winter as roaming brownouts are now predicted.

As the collective west attempts to, using their words, “manage the transition,” they do not have mechanisms to control an outcome of this magnitude. It is simply too big a situation to manage.

Where the rubber meets the road, the think-tanks and high-minded climate change ideologues do not have the ability to manage a transition and still meet the needs of people. Beyond the esoteric thinking, there are real consequences from these actions.

Many people have discussed the potential for longer-term food shortages and recently, shorter-term winter heating. However, beyond that, the downstream geopolitical consequences are seemingly being ignored. Instead, what we see is an effort to keep pretending the climate change ends will justify the means (disruption of energy production).

In this connected world, when the western nations stop buying things, we find ourselves domestically with economic trouble. Businesses fail, unemployment rises, financial stress ripples throughout the economy, dependency on government subsidy increases and real pain is felt. However, beyond the domestic issues the supplier nations run into even bigger problems.

There is no precedent for this. Never before in the history of industrialized nations has any government intentionally tried to lower its economic activity. It has never been done with intent before because, within the contraction, nations get poorer, and people suffer.

Not only has no single nation ever tried to intentionally shrink its wealth, but there is no precedent whatsoever for an alliance of nations to join together with this same purpose. While this might seem like an academic economic modeling exercise, unfortunately it is very real. What I am describing is happening right now, and we had better start talking about it before the unforeseen consequences start to become a crisis.

It is also not a contested point that regions with harsh winter climates are going to be paying much more for scarce heating resources.

That being accepted, what happens geopolitically, even militarily, when the entire global economy starts to feel the impacts from western nation economic contraction on a scale –created by collective action – that has never been seen before?

I have no idea what that big picture consequence looks like, but whatever “that” is, it will be happening at the same time as people everywhere will be more desperate, simply as an outcome of their economic position. I don’t have the answers, but I sure can see the problem coming.

Political leadership in the aforementioned western nations is seemingly, perhaps intentionally, keeping people distracted with domestic shiny things to occupy time. However, someone needs to start talking about, and seriously challenging, the big picture consequence of this Build Back Better future, before it’s too late.

Reprinted with permission from Conservative TreeHouse