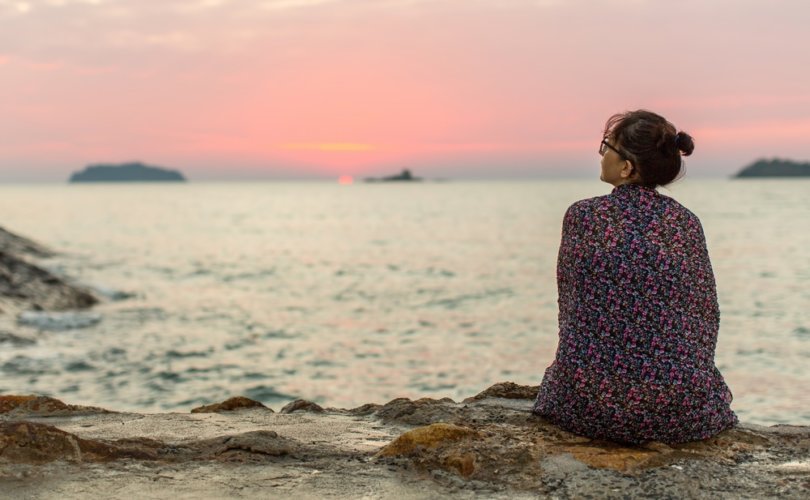 March 5, 2021 (LifeSiteNews) — Abortion not only aggravates pre-existing mental illness but also can mark the onset of problems for women with no history of psychiatric disorders, according to a new study.

The study published in the International Journal of Environmental Research and Public Health revealed that “pregnancy loss prior to a first live birth increases the risk of postpartum psychiatric disorders,” regardless of a woman’s prior mental health history. This risk is most elevated for women who have given birth within 90 days.

Researchers who examined medical claim records for more than 1.9 million women found that induced abortion or miscarriage of a first pregnancy increases the risk of postpartum mental health problems by 10 to 35 percent. The risk of postpartum psychiatric care requiring hospitalization increased by 83 percent.

It is the first peer-reviewed study to carefully control variables related to a prior history of mental illness and the timing of the first episode of mental health problems specifically within the six months following delivery of a living child.

This notable report comes as no shock to me. The lead author of the study is David Reardon from the Elliot Institute, with whom I collaborated in Forbidden Grief – The Unspoken Pain of Abortion (2002) by combining studies from my clinical practice with his data as a researcher.

Dr. Reardon explains his new study: “This interaction between pregnancy loss and prior mental health underscores the importance of looking at causality in a broader way. There is no question about the fact that abortion can aggravate pre-existing mental illness. But there are also women who report that the abortion marked the onset of problems that did not previously exist. Our data confirms that both pathways are true.”

Unresolved memories and feelings about pregnancy loss can lead to postpartum depression and even psychosis during a subsequent pregnancy. Unresolved emotions will demand one's attention sooner or later.

I have spent the last 35 years treating pregnancy loss and unresolved grief for those struggling in the aftermath of an abortion which left them shattered with sadness, heartache, guilt, shame and anger.

Many learned to numb themselves with alcohol and drugs. Some re-enact their abortion experience with promiscuity and repeat abortions, trapped in traumatic cycles of abandonment and rejection.

Others suffer eating disorders, panic attacks, depression, anxiety, and thoughts of suicide. Some have permanent physical and reproductive damage that rendered them unable to have children in the future.

The excruciating level of pain I have witnessed inspired me to establish a treatment model to address the unique and complicated grief for both women and men who have lost a child through abortion. That program, Rachel’s Vineyard, is a psychological and spiritual journey for healing after abortion that has spread to more than 80 countries and is offered in dozens of languages throughout the world.

Pregnancy loss is a death experience. It is the demise of human potential, relationship, responsibility, maternal attachment, connectedness, and innocence. Such a loss is rarely experienced without conflict and ambivalence.

However, when it comes to abortion, many women chose not to talk about it, even in mental health settings. Because abortion is legal, it is presumed to be safe. Indeed, it is commonly identified as a woman’s “right.” This right, or privilege, is supposed to liberate women from the burden of unwanted pregnancies. It is supposed to provide them with relief — not grief and depression.

But problems occur when women are assaulted by their own natural reactions to their loss. Many women go into treatment for depression, anxiety, suicidal ideation or addictions, but simply don’t understand the root of their pain. After all, abortion was their choice. Others spoke of their grief only to be told by friends, counselors and even in psychiatric units, that abortion was not the problem. They may be given prescriptions and diagnosed with a mental illness, but never led on a path to healing and recovery.

The findings of this study allow us to see that pregnancy loss is an independent risk factor for postpartum psychiatric illness. Clinicians and family members should identify those at risk and refer for appropriate counseling to help address underlying issues of loss and grief, hopefully before the next pregnancy. It’s been my experience that most women won’t bring up an abortion history unless invited to do so because in reality, abortion is a deeply private and complex experience. A gentle invitation to speak about their experience is often an effective way to give permission and can open the door to help process their feelings about the abortion.

Abortion touches on three central issues of a woman’s self-concept: her sexuality, morality and maternal identity. It also involves the loss of a child, or at least the loss of an opportunity to have a child. In either case, this loss must be confronted, processed and mourned.

We know how to debate and fight over abortion as a political issue but we don't know how to talk about it on an intimate and personal level. There is no social norm for dealing with an abortion.

One of the reasons we don’t want to talk about the grief and regrets of women and men who have had abortions is that we, as a society, are deeply troubled by the issue. While the vast majority believes abortion should be legally available in some circumstances, most are morally troubled by it.

In a 2020 Gallup poll, 44% of Americans said abortion is morally acceptable, while 47% believe it’s morally wrong.

Other findings suggest that most Americans put their own moral beliefs about abortion “on hold” for the sake of respecting a “woman’s right to choose.”

As a society we have chosen to tolerate abortion for the purpose of improving the lives of women. This moral compromise, however, is disturbed when women complain about their broken hearts after an abortion. They make their listeners uncomfortable and confused.

Depression over a past abortion forces us to look not only at the pain of an individual, but the angst of our society. It is a deeply complex and troubling issue. The collusion of ignorance and denial perpetrates negligence against women, facilitating the potential for deep and scarring trauma.

Women have a right to know the risks they face when making an elective decision for abortion. It is imperative that counselors and mental health professionals are familiar with the risk factors that predict trauma after abortion and the profound array of complicated mourning that may follow.

Dr. Theresa Burke is a full-time pastoral associate of Priests for Life and founder of Rachel’s Vineyard, a ministry for healing after abortion.