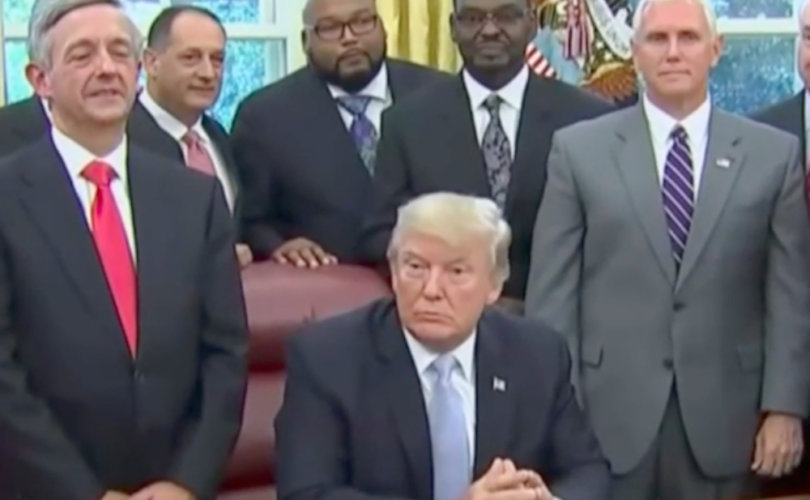 January 14, 2018 (C-Fam) – Early this month, the Democrat-controlled House of Representatives passed a spending bill that included the resumed funding of abortion groups overseas.

Pro-life groups and Christian media pounced on this atrocious attack on commonsense legislation that to a certain extent halts some promotion of abortion using taxpayer money on foreign soil. The Protecting Life in Global Health Assistance policy, executed in 2017, is an expanded version of what used to be known as Mexico City Policy.

Pro-life groups and Christian media are to be commended for their immediate and strong response. We at C-Fam are concerned, however. Mexico City Policy and defunding the UN Population Fund (UNFPA) are rather easy actions for Republican presidents to do. But, they are only first steps. They are not the beginning and end of American pro-life interest in international issues.

Consider this. No matter what you think has happened with Mexico City Policy, the U.S. has not stopped funding the promotion of abortion overseas. Not even remotely. The U.S. still funds the United Nations, the UN Children's Fund, and the World Health Organization. These are among the great engines of abortion around the world. And we give these organizations hundreds and hundreds of millions of taxpayer dollars year in and year out. Have we cut off funding for abortion groups overseas? Not even remotely.

And that's not all.

Negotiations go on practically every day at the UN in which language is introduced to spread abortion around the world, language used to pressure governments to legalize abortion, and to force governments to pay for abortions. Language is debated that would create a human right to abortion.

I saw this happen during the Bush years. President George W. Bush reenacted Mexico City Policy and defunded UNFPA and that is where his administration's effect largely stopped. Emblematic of that administration's missed opportunities is the fact that during his tenure, “reproductive health,” a phrase created to spread abortion, came into a hard law treaty for the very first time. The Bush administration could have stopped that, but they didn't. Yet it was enough for many pro-lifers that he reenacted Mexico City Policy.

It should be noted that the Trump administration is already stronger on the life issues at the UN than any previous Republican president. But it has not been easy. There is a policy in place that U.S. negotiators must fight to delete the term “reproductive health” from any document under discussion. But, a cadre of social leftists in the administration have fought against this vociferously. And we need regular engagement from domestic pro-life groups to defend this policy.

Under this administration we have a remarkable opportunity to roll back the abortion juggernaut at the UN and therefore around the world. This will only happen if the U.S. plays it smart. The U.S. must send strong diplomatic cables to foreign capitals. The U.S. must send strong and savvy negotiators to the UN, negotiators who will fearlessly uphold the administration's pro-life position. The U.S. must not undermine its pro-life position by promoting divisive agenda at the UN such as the homosexual/trans agenda, as this will offend dozens of delegations who will refuse to the work with the U.S. on life issues.

As important as all of this is, domestic pro-life groups and Christian media must engage. Mexico City Policy is not nearly enough.