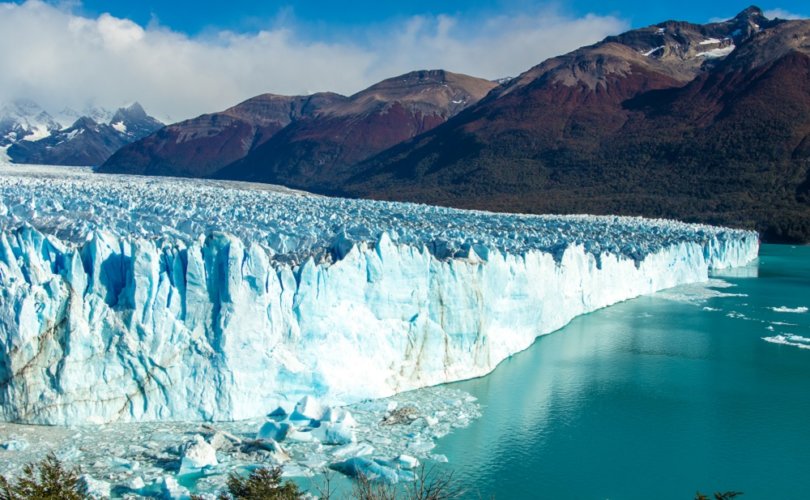 August 7, 2019 (American Thinker) — The media are abuzz over the first icy “casualty” of climate change: a small glacier in Iceland named Okjökull, also known as “OK.”

The claim, made in a press release from Rice University, is that OK became the first glacier in Iceland to lose its glacial status because of global warming. According to the press release, “This will be the first monument to a glacier lost to climate change anywhere in the world.”

Of course, the fear-mongers do not say why the glacier has stopped growing. Instead, they simply invoke the new universal boogeyman of “climate change” as the reason. And then they tell us about the movie, website, and hiking opportunities to witness the death of a glacier.

For the record, OK is still around, even though it hasn't grown since roughly 2003. But here comes the interesting part. According to the U.S. Geological Survey, “Ok is a lava shield volcano in west-central Iceland, to the west of Langjökull.”

As the U.S. Geological Survey noted, OK is actually an icecap on top of a volcano — located on a volcanically active Iceland. Yes, OK is slowly disappearing, but it is completely disingenuous to say climate change is without any doubt the main reason for OK's demise.

Even if we assume there's no heat from the volcano, what else could be causing OK's ice loss? To answer that question, you need to understand how glaciers work. According to the National Snow and Ice Data Center (NSIDC):

A glacier forms when snow accumulates over time, turns to ice, and begins to flow outwards and downwards under the pressure of its own weight[.] … Glacier retreat, melt, and ablation result from increasing temperature, evaporation, and wind scouring. Ablation is a natural and seasonal part of glacier life. As long as snow accumulation equals or is greater than melt and ablation, a glacier will remain in balance or even grow. Once winter snowfall decreases, or summer melt increases, the glacier will begin to retreat.

If snow is not added, glaciers don't grow, and they naturally lose ice due to sublimation, ablation, and melt. I don't think these people pushing OK's death fully understand glaciers. The process of ice loss in a high-latitude glacier is mainly due to three things, with temperature coming in last.

Al Gore, in his movie An Inconvenient Truth, made the mistake of blaming ice loss at Mt. Kilimanjaro on “global warming.” But inconveniently for Gore, the ice loss was entirely the result of there being a lack of precipitation, thus allowing the ice to sublimate.

In Iceland, glaciers are dependent on precipitation. And changes in the North Atlantic Oscillation could easily explain the change in precipitation. In a recent story from NASA's Jet Propulsion Lab, scientists were “shocked” to find the previously shrinking Jakobshavn glacier in Greenland growing again.

“At first we didn't believe it. We had pretty much assumed that Jakobshavn would just keep going on as it had over the last 20 years,” said Ala Khazendar of NASA's Jet Propulsion Laboratory.

The researchers suspect the cold water was set in motion by a climate pattern called the North Atlantic Oscillation (NAO), which causes the northern Atlantic Ocean to switch slowly between warm and cold every five to 20 years.

Besides natural cycles, there is a man-made element to consider: carbon soot from the Industrial Revolution. NSIDC says:

Over 90 percent of the measured alpine glaciers in the world are retreating, in almost every major glaciated region. The causes of this widespread retreat are varied, but the underlying primary causes are a warming climate and the effects of increased soot and dust in areas of higher agricultural and industrial activity.

Although some warming may be involved, and precipitation pattern shifts due to changes in ocean currents can easily explain the lack of snowfall, there's also the fact that OK's ice is collecting soot, and that darker soot is absorbing more sunlight, thus warming the glacier.

Glaciers have been expanding and shrinking for millennia. In the case of the OK glacier, it may not have even existed a few hundred years ago, according to a study by the U.S. Geological Survey, which concluded, referring to the 13th to 15th century, “OK may not have had a glacier at this time because of the preceding warmer period.”

Given that we didn't have gas-guzzling SUVs to drive back then, and global population was a tiny fraction of what it is now, I can't get too excited about activists who claim OK's ice reduction is due to our current use of life-improving and life-saving conventional energy sources.

Finally, how long will that memorial plaque last? Just look at what recently happened at Glacier National Park, where they had to remove plaques indicating they expected the glaciers to be gone due to climate change by 2020. And what if “OK” starts growing again? Will it become Iceland's first zombie glacier?

Anthony Watts ([email protected]) is a senior fellow of The Heartland Institute.