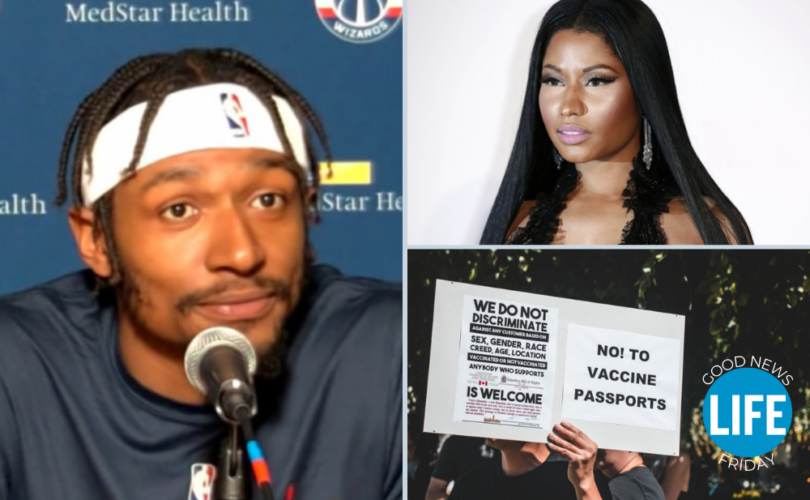 (LifeSiteNews) — Thank God it’s Friday, and welcome to the second installment in this series, where I will be highlighting some of the most positive stories of the week.

There is a Spanish saying that I love: no hay mal que por bien no venga. Translated, it means that there is no evil or misfortune that does not happen for an ultimate good. People usually say it when some hardship strikes them as a way of preserving hope that God is in control and ultimately wants what is best for us.

In this week’s Good News Friday column, I want to highlight several stories we covered on the pages of LifeSiteNews that show how the great evils of COVID fascism and abortion are being opposed from the most unexpected of quarters.

As I wrap up this week’s Good News Friday, column I would be remiss if I failed to mention the immense gratitude that everyone at LifeSiteNews feels toward our donors, supporters and readers. None of the hard work being done at LifeSiteNews could get done without your support.

As we are on the last day of our fall fundraising campaign, I would like to ask for your continued support of LifeSiteNews. Be assured that all of you are in our daily prayers.

May God bless you, and may you have a wonderful weekend.