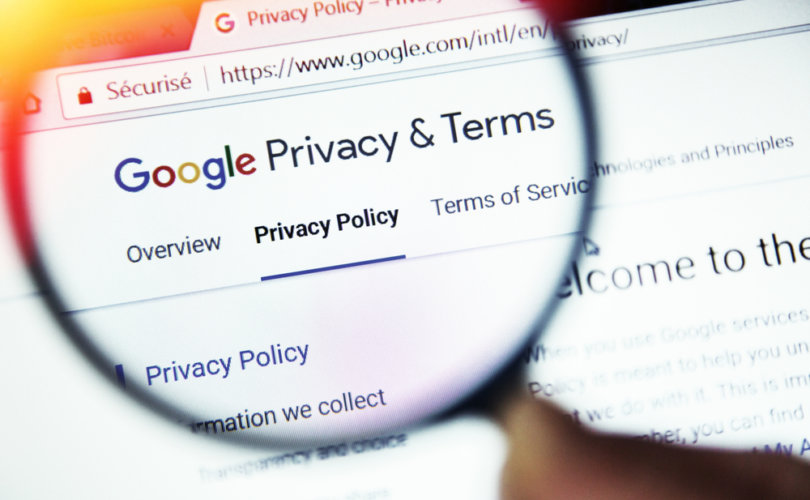 (Mercola) – Google has the power to manipulate what you see online, targeting you with certain advertisements and burying search results they’d rather you not see. But can they go so far as to control the outcome of political elections?

Absolutely, according to Robert Epstein, Ph.D., a senior research psychologist at the American Institute for Behavioral Research and Technology (AIBRT).

Epstein, a Harvard-trained psychologist who founded the Cambridge Center for Behavioral Studies, likens Google to a dictator with unprecedented power because it relies on techniques of manipulation that have never existed before in human history. The free services they provide really aren’t free, he warns: “You pay for them with your freedom.”

In the video above, Epstein speaks with Jan Jekielek, senior editor of The Epoch Times, about Google’s ability to control public policy, swing elections, and brainwash our children.

Google has the power “to censor content, to track our every move, to tear societies apart, to alter the human mind, and even to reengineer humanity,” Epstein writes in his report “Google’s Triple Threat,” which he details in his interview with Jekielek.

The methods Google uses are ephemeral and leave no paper trail, making it very difficult to track and prove that they’re using humans as pawns, manipulating us via ways that we can’t counteract. Ephemeral experiences occur briefly, then disappear, and include things like a list of suggested videos on YouTube, search suggestions, and topics in a newsfeed.

“They affect us, they disappear, they’re stored nowhere, and they’re gone,” Epstein said. “It’s the ideal form of manipulation. People have no idea they’re being manipulated, number one, and number two, authorities can’t go back in time to see what people were being shown, in other words, how they were being manipulated.”

Epstein and his team, however, have found ways to track Google’s invisible, almost subliminal, tools, including the search engine manipulation effect (SEME). According to Epstein:

“SEME is one of the most powerful forms of influence ever discovered in the behavioral sciences … It leaves people thinking they have made up their own minds, which is very much an illusion. It also leaves no paper trail for authorities to trace. Worse still, the very few people who can detect bias in search results shift even farther in the direction of the bias, so merely being able to see the bias doesn’t protect you from it.”

Research by Epstein and colleagues has found that biased search results can change people’s opinions and voting preferences, shifting opinions in undecided voters by 20 percent to 80 percent in certain demographic groups. Internal emails leaked from Google talk about “ephemeral experience,” and the company makes a point to engineer ephemeral experiences intended to alter the way people think.

SEME, however, is just one of about a dozen subliminal tools that Epstein’s team has discovered. Others include the “search suggestion effect,” the “opinion matching effect” and the “YouTube manipulation effect.”

Google shifted millions of votes in 2020?

As Epstein and his team began to preserve politically related ephemeral experiences, extreme political bias was uncovered on Google and YouTube, which is owned by Google’s parent company Alphabet.

In the days leading up to the 2020 Presidential election and 2021 Senate runoff elections in Georgia, for instance, they preserved 1.5 million ephemeral experiences and more than 3 million web pages, which were sufficient to shift “at least 6 million votes in the presidential election without people’s knowledge.”

Epstein makes a point to state that he leans left politically, but despite Google’s bias working to support the candidates he supported, he can’t applaud it, “because rigorous research I have been conducting since 2013 has shown me how dangerous these companies are – Google-and-the-Gang, I call them.”

Even displaying a “Go Vote” reminder on Google on election day in 2018, Epstein found, gave one political party an extra 800,000 to 4.6 million votes compared to what the other party got. What’s more, Epstein says those numbers are “quite conservative.”

“In other words,” Epstein explained, “Google’s ‘Go Vote’ prompt was not a public service; it was a vote manipulation. This type of vote manipulation is an example of what I call the ‘Differential Demographics Effect.’”

Epstein also had a monitoring system in place in 2018, which preserved more than 47,000 election-related searches on Google, Bing, and Yahoo, along with nearly 400,000 web pages that the search results linked to.

The political bias that was uncovered in the results may have shifted 78.2 million votes to one political party.

Even the “autocomplete” feature that occurs when you start to type in Google’s search engine is a powerful manipulation tool. “A growing body of evidence suggests that Google is manipulating people’s thinking and behavior from the very first character people type into the search box,” Epstein writes.

Just from this feature alone, Epstein’s research found Google can turn a 50/50 split among undecided voters into nearly a 90/10 split – all without people realizing they’re being manipulated.

Further, because Google’s persuasive technologies are so powerful, and many elections worldwide are very close, Epstein’s data suggest Google has likely been determining the outcomes of up to 25 percent of national elections worldwide since at least 2015.

Google is a surveillance agency

It’s important to understand that Google is a surveillance agency with significant yet hidden surveillance powers, and this is one of their primary threats to society. As noted by Epstein:

“The search engine … Google Wallet, Google Docs, Google Drive, YouTube, these are surveillance platforms. In other words, from their perspective, the value these tools have is they give them more information about you. Surveillance is what they do.”

While surveillance is Google’s primary business, their revenue – which exceeds $130 billion a year – comes almost exclusively from advertising.

All that personal information you’ve provided them through their various products is sold to advertisers looking for a specific target audience. Meanwhile, they also have an unprecedented censorship ability. By restricting or blocking access to websites, they decide what you can and cannot see.

The most crushing problem with this kind of internet censorship is that you don’t know what you don’t know. If a certain type of information is removed from search, and you don’t know it should exist somewhere, you will never know and you won’t go looking for it. This is how hundreds of millions of people have been deprived of learning the power of natural healing from me and many other clinicians who have been censored by Google.

For example, Google has been investing in DNA repositories for quite a long time, and adding DNA information to our profiles. According to Epstein, Google has taken over the national DNA repository, but articles about that – which he has cited in his own writings – have all vanished. As it stands, Epstein is worried for the future if no one steps in to stop Google’s power:

“As the father of five children, I am especially concerned about what humanity’s future will look like if Big Tech is allowed to continue unobstructed on its path toward world domination. In the 1950s, British economist Kenneth Boulding wrote, ‘A world of unseen dictatorship is conceivable, still using the forms of democratic government.’

I am writing this essay because I believe that such a world already exists, and that unless we act quickly and decisively, the power that the technology company executives have garnered will become so firmly entrenched that we will never be able to unseat them from their invisible thrones.”

The first step to breaking free from Google’s dictatorship is recognizing that the manipulation is occurring. The next involves consciously opting out of it as much as possible. It’s especially important that children are protected, as they are among the most vulnerable to the onslaught of manipulation, which will have serious consequences for future generations. Epstein noted:

“We’re trying to figure out how the manipulation works. But most importantly, we’re trying to quantify it … Because I think that what’s really happening is that there is a cumulative effect of, not just political bias, but of value; literally a cumulative effect of being exposed to certain kinds of values, over and over and over again, on one tech platform, or after another.

And I think that the people who are most vulnerable to being impacted by that kind of process are children.”

Epstein has compiled six steps that can help protect your privacy online, noting that he hasn’t received a targeted ad on his computer or mobile phone since 2014 as a result. To take back some of your online privacy, for yourself as well as your children, he recommends:

Republished with permission from Mercola.