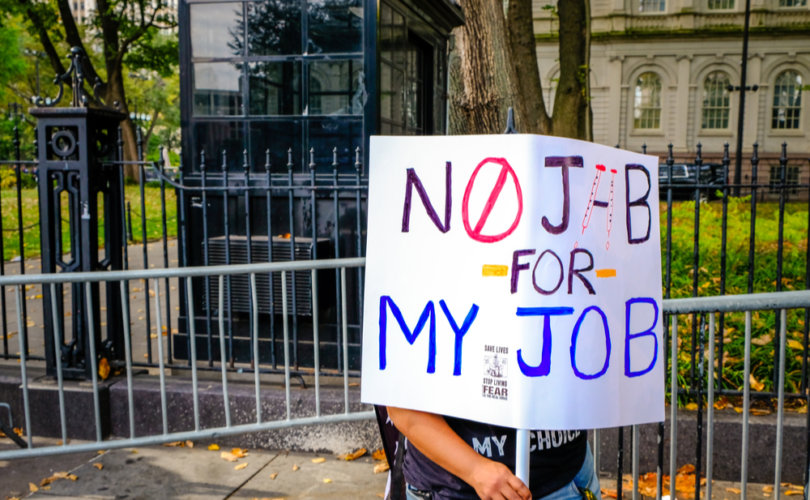 (Brownstone Institute) – More and more people feel like something is “off” about our response to the “COVID” pandemic. This pandemic is claimed by political establishment prophets to be the first time in history that we need universal, worldwide “vaccination” to dissipate a respiratory pathogen.

The proffered “vaccines” do not provide sterilizing immunity; rather, they lead to regular “breakthrough” infections. Yet we are directed to “mix and match” them as we like, on a regular basis, in order to eat in restaurants and attend events.

Having recovered from the disease itself does not suffice to maintain your rights. The ability to prove that you are not susceptible to the pathogen due to inherent good health does not suffice. To maintain freedom of movement, you must submit to the injections.

Something is off. They want us to take these “vaccines” very badly. They want to build a QR/tracking infrastructure on this “safety” premise very badly. One must ask: did they ever have a legitimate basis to lead us to this point? Did they really believe they could “save grandma” with a lockdown?

By picking apart the superficially flawed justification they gave to the terrified world population for first imposing universal house arrest, we can see that they did not. Both the WHO and the Imperial College modeler Neil Ferguson called for lockdowns specifically based on China’s Wuhan lockdown of January 2020. They admitted that “lockdown” was something no one previously believed would work. When “Xi Jinping succeeded,” they abruptly reversed course 180 degrees, calling for the entire world to “copy China.”

“It’s a communist one party state, we said. We couldn’t get away with it in Europe, we thought…and then Italy did it. And we realised we could…If China had not done it, the year would have been very different.” — Neil Ferguson

Six weeks after the discovery of the first case, the WHO, during a press conference, sold the world on lockdown by claiming that “Wuhan’s curve is flatter” compared to other regions of China. The data it used to make this case — a case that it knew would devastate world economies and any individual human who could not earn money by sitting in front of a computer screen— was presumably provided via the communist dictator.

“So here’s the outbreak that happened in the whole country on the bottom. Here’s what the outbreak looked like outside of Hubei. Here are the areas of Hubei outside of Wuhan. And then the last one is Wuhan. And you can see this is a much flatter curve than the others. And that’s what happens when you have an aggressive action that changes the shape that you would expect from an infectious disease outbreak. This is extremely important for China, but it’s extremely important for the rest of the world . . .

The Chinese government and the Chinese people have used the non-pharmaceutical measures (or the social measures) [to] effectively change[] the course of the disease, as evidenced by the epidemic curves…In the report we have recommended this method to the international community.”

This superficially pleasing explanation — one easily accepted by a trusting scared person — raises huge red flags on closer analysis. First, how was the testing in the various regions conducted? Was it randomized throughout the population, or were only those who presented at clinics or hospitals tested? How many tests were conducted per capita? Was that number standard throughout the regions? How can we be sure “asymptomatic” cases were captured? And so forth. In short, each curve could simply have depicted testing protocol — the tester could quite literally have compiled any curve it wanted.

Even worse, there is a logical flaw so breathtaking that it is impossible to believe it could have been overlooked by all lockdown-imposing world governments. Of the thousands of national, state, and local political and media actors cheering on the lockdowns, at least one must have noticed that while the curve may have been “flatter in Wuhan,” the disease still went away in all of China. The supposed “flatter” curve in Wuhan had zero net benefit. The residents there suffered through the pain of lockdown, neighboring regions did not, and they all ended up at the same point.

China has not reported any COVID cases in nearly four months. Prior to that, its cases were flatlined for fifteen months, since March 2020. China’s disease “curve” would be comedic if the rest of the world had not given up democracy and precious constitutional rights to “fight the virus”:

Contrast this with the rest of the world — particularly the countries that tried the hardest to replicate the Chinese example — such as Peru, Israel, Australia, Singapore, New Zealand, and Canada. All of them have reported multiple “waves” of COVID despite all of the pain of lockdown. Even mass vaccination has not “stopped” waves of cases. China is the only country with a perfectly flat “curve,” and it did that with a single-city lockdown, despite reporting the presence of the virus in many other regions. Magic.

World governments clearly know about this. They do not trust the communist dictator. If they really believed the disease was serious and China underreported cases, they would not be firing doctors and nurses who refuse the “vaccine” after working safely with covid patients for 18 months. Rather, they know that the rules have no effect. The disease curves rise and fall, rise and fall — it would be absurd and perverse to conclude the rules work sometimes and fail at other times.

Yet they keep imposing rules. The population complies, conditioned to an illusion of control; a superstitious belief that “because we did something, it must have had an effect.” But facts are facts: even the “vaccines” have not stopped the virus, there are “breakthrough infections.” Desiring to be “good people,” everyone stays unthinkingly on the track that started with Wuhan’s lockdown.

They are trying to save grandma, but grandma’s fate is sealed. What is actually happening is they are paving the way to routine universal mandatory vaccination. The political establishment intends to make “the unvaccinated” second-class citizens, to dehumanize them and deny them basic rights many generations have taken for granted. This conditions the population to movement restrictions based on behavior. Compliance gets you rights, like a dog earning treats.

In this system — which is steadily getting underway in country after country — a person who weighs 350 pounds, is completely sedentary, and eats a steady stream of Big Macs is considered “healthy” and accepted in society. The decisive factor is obedience: he dutifully takes all of the “boosters.” By contrast, a world-class athlete such as Novak Djokovic cannot play tennis at the Australian Open. He is deemed an “infection risk” because he insists on maintaining his body using eastern-style health practices, the same ones that made him into the greatest tennis player of all time. (The establishment would rather he copy the Big Mac devotee described above, because it earns them — not him —more profits).

The political establishment is so devoted to this cause that it is hard to see how we can extricate ourselves. Accepting the first lockdown was the decisive point. We sacrificed our rights due to fear, and nearly two years later, we still don’t have them back. It was as obvious then as it is now: power is never seized and then voluntarily returned.

Australia now has “quarantine camps.” “Unvaccinated” Canadians cannot use mass transit. Austrians who refuse the jab cannot leave their homes. It bears repeating: world governments are holding law-abiding adults in house arrest for refusing to take an injection. This is not a drill.

Combine this real-life dystopia with the twisted “logic” used to launch the lockdowns, and it is hard to ignore the sinking feeling that lockdown was a preconceived pathway to where we are now: staring down the barrel at permanent, regular, mandatory adult vaccination — your immune system is now a subscription service — and corresponding movement “passports.”

Why do they want to inject us so badly? Certainly not for our own good. They act in their own self-interest, under cover of fake, “grandma-saving” goodwill. They are stealing from us — from you. How much more will you let them take?