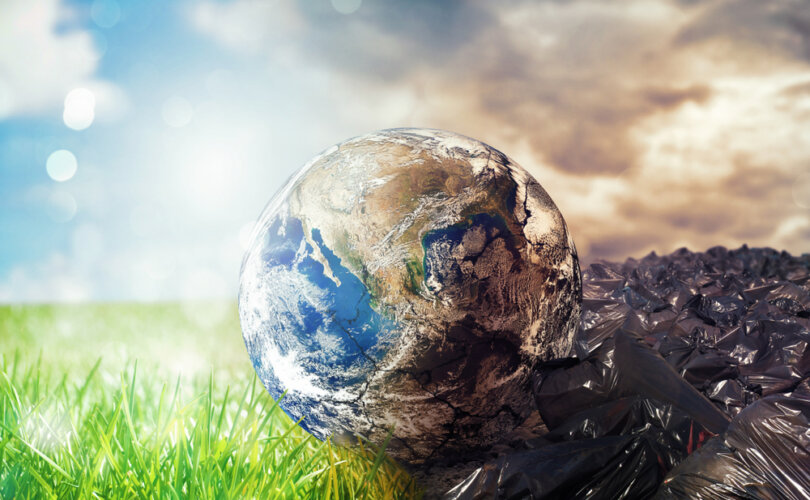 (The Daily Sceptic) — New evidence indicates that millions of bats are being slaughtered every year by wind turbines.

This astonishing figure of wildlife massacre arises from a reasonable extrapolation of casualty numbers collected by a group of German zoologists. Their data cover a number of years, and more specifically a recent two-month detailed survey at a wind farm near Berlin. Germany has nearly 30,000 onshore wind turbines, and the researchers suggested their findings translated to 200,000 bat fatalities every year in that country alone. Land-based wind turbines are common across many parts of the world, and a total figure running into millions is possible.

The researchers noted that the annual German losses of bats will “cause a decline of populations of high collision-risk species.” They warn that this population decline “could manifest rapidly,” since mostly females and juvenile bats get killed by turbines. Bats have low reproductive rates and may not be able to compensate quickly for the casualties, they wrote.

The paper is of considerable interest and the full methodology of the field work, along with considerations about turbine age and operational curtailments, are shown here. The researchers took data going back 20 years from the national carcass repository in Germany and from a detailed 2021 two-month search of the ground near three turbines west of Berlin. It was estimated that nearly 300 bats died during the 2021 field survey, and this equated to 55 casualties per megawatt generated.

These are shocking figures. Bat “migrations” were occurring at the time of the field survey, but such movement is common in bat populations. The U.K. has 14 GW of installed onshore wind capacity, or 14,000 MW. A multiplication of 55 casualties per MW produces 770,000 bat deaths. Of course, all this installed capacity is unlikely to be in continual use, and periods of low bat movement and hibernation will lower the death toll considerably. But promoters of green energy need to be specific about the annual bat carnage they are prepared to accept – 50,000 deaths, 100,000, 200,000? The U.K. government’s own in-house green activist unit, the Committee for Climate Change, is recommending that Britain should more than double its onshore wind capacity to 29 GW by the end of the decade

Bat conservation protections are common across the U.K. and building developments are sometimes halted to accommodate their habitats. But far less robust measures seem to be in place for any “green” projects. The Bat Conservation Trust (BCT) notes there has been evidence of bat collisions with wind turbines for 20 years, but it supports the development of wind power. It supports “mitigation” measures that are known to be “successful in reducing the impacts of wind turbines on bats.” It would be useful if the BTC could put an actual figure on an acceptable death toll.

READ: Environmental alarmism is nothing but a big lie from the ‘climate industrial complex’

Bats species are thought to make up a third of U.K. mammal fauna and occur in most lowland habitats across the U.K. But wind turbines present a danger to many flying animals in various habitats. Earlier this year, a group of American ecologists discovered “distinct patterns of population – and subpopulation level – vulnerability for a wider variety of bird species found dead at renewable energy facilities.” Their paper examined numerous wind and solar facilities in California and found birds at greatest risk were raptors such as golden eagles, kites, and owls. These birds are often all-year residents around wind farms, where they require open skies to catch wind currents. For their part, the wind turbines generate enormous air fluctuations, while massive blade tips travel at over 150 mph.

As is often the case, animal charities appear conflicted between the promotion of “green” energy and protecting the lives of bats and birds. In the U.K., Andrew Dodd from the Royal Society for the Protection of Birds (RSPB) said we clearly needed more offshore wind turbines, “and the RSPB supported that.” But favourable spots in the North Sea are starting to fill up and, Dodd said, “we have to avoid development in the most sensitive areas.”

Dodd made his comments in a BBC report surrounding the permission for the giant Hornsea Three development, an area frequently visited by kittiwakes. These birds are at particular risk, since they have been spotted trying to slalom their way through such fields springing up in the North Sea. The energy secretary at the time, Alok Sharma, is said to have acknowledged that wildlife would be harmed by Hornsea Three, but granted consent on the “balance of benefits.” The cynical might note that the same “balance of benefits” argument was curiously absent from the recent onshore gas fracking ban in Britain – reliable and secure energy supplies, against the risk of earth tremors equivalent to someone falling off a chair.

Journalist James Delingpole has been a long-time environmental critic of wind farms: “If you really hate nature, you’ll love wind farms. Not only do they destroy the landscape, blight views, increase flooding but… they kill rare birds and bats on an industrial scale.”