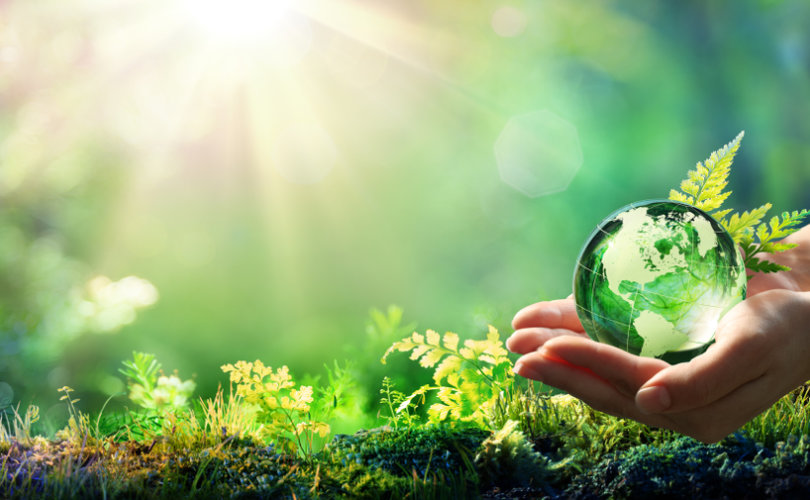 (American Thinker) – One of the most interesting people I interviewed for the New York Sun was Patrick Moore, co-founder of Greenpeace. I had mistakenly expected him to be one of those left-wing environmental wackos, but he was anything but.

He had left Greenpeace after realizing that the group was more interested in social machinations than in helping humanity. He was also the only one in Greenpeace at the time with a scientific background.

I recently watched him on YouTube discussing his book “Fake Invisible Catastrophes and Threats of Doom” and it is an eye-opener to anyone who still believes in the global warming hoax.


The real question is, how did anyone ever believe that Al Gore, who is not a scientist, had any credibility behind his monumentally successful film “An Inconvenient Truth?”

It has always seemed to me the result of the dumbing down of America and the insidiousness of the academic community. Anyone with half a brain and the ability to reason would see through the massive holes in the film’s premise, yet public schools were adding it to their curricula. Al Gore went on to become a mega-multi-millionaire snake oil salesman selling carbon credits to morons.

Moore’s book not only documents the hardcore evidence that global warming is a not a threat to the planet, but argues that we are essentially still in an ice age. While he covers climate change, he also debunks all the other lies we’ve been fed by environmental charlatans such as Gore.

Do you really think the Great Barrier Reef is dying? Did you fall for the nonsense that the polar bear population is almost extinct? When filmmaker Sir David Attenborough was confronted about his film depicting walruses plunging off a cliff due to what he claimed was climate change, he answered that he was just a filmmaker. In fact, those walruses he filmed were being chased by a horde of polar bears that hunted and killed them for food. So many lies, and why are we being told so many fake tales? The answer is money and power. Greening is expensive and also useless.

I was so proud of President Donald Trump when he took us out of the Paris accord on climate change, and as soon as he did, other nations opted out as well. Unfortunately, President Joe Biden signed an executive order as soon as he could in January 2021, and the “greening” of America has continued unfettered by the truth. So here it is.

As Moore’s book confirms, Carbon dioxide (CO2) levels on Earth today are below what they have been in the millions of years the planet has existed. CO2 levels are being put back in the atmosphere thanks to human existence, not killing the planet, but saving it. CO2 is used as a refrigerant, in fire extinguishers, for inflating life rafts and life jackets, for blasting coal, for foaming rubber and plastics, and for promoting the growth of plants in greenhouses.

It is vital to life.

When did we start hearing about greenhouse gas emissions as if they signaled the end of the Earth? Doom-and-gloom tales have been fed to gullible audiences since the 1960s, with Hollywood shelling out disaster films about nuclear apocalypses.

Most of these were hilarious, like “The Blob,” or giant mutant rabbits and insects, but since the global warming scenario hit, an even more ridiculous genre emerged: if we don’t start recycling and stop driving fossil fuel cars, we’re all going to die.

The film 2012, which came out in 2009, was about a series of global catastrophes that threatened to annihilate mankind. The date was supposed to be the date of a Mayan prophecy signifying when the world would end.

Well, there was no such Mayan prophecy, and we are still here, so who spreads such lies, and why do we pay attention to nonsense like this? How about that 2004 film “The Day after Tomorrow,” which dealt with a new ice age causing a tsunami storm surge in the Atlantic Ocean that quickly inundates Manhattan? I only know the plots because I read the reviews, but I never watched such waste of time movies.

If any reader is serious about learning the truth instead of being scared to death, I highly recommend you read Moore’s excellent book, which is instantly available on Kindle.

Then sit back, take a deep breath, and finally relax.