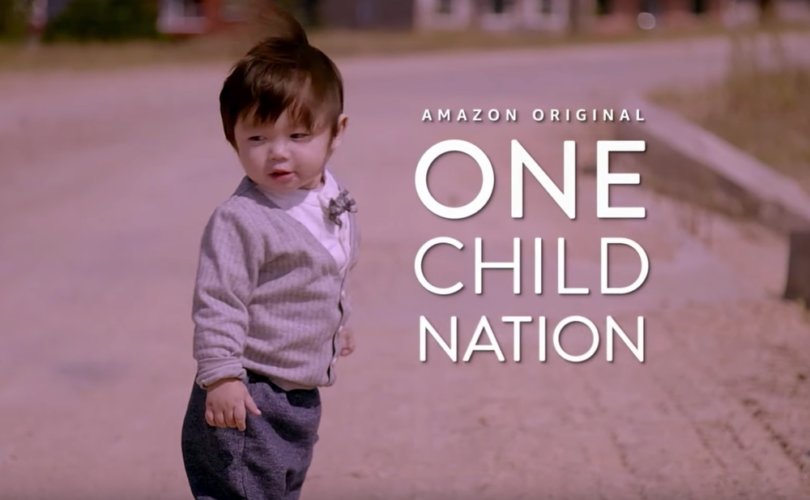 February 10, 2020 (LifeSiteNews) – One Child Nation was nominated for Best Documentary at the Academy Awards. The film is a harrowing expose of the devastation caused by the womb police who enforced China’s One Child Policy. But the film goes beyond that. It is a scorching indictment of Communism itself.

First, a caveat. The film begins with the statement that China ended the One Child Policy in 2015, making it seem as though the film serves as a memorial to a tragic era gone by. The film does not mention, however, that forced abortion continues under the Two Child Policy. The new rule is that every couple is allowed to have two children. Single women and third children are still forcibly aborted. In its recent report, released January 8, 2020, the Congressional Executive Commission on China stated: “Local-level officials reportedly continued to enforce compliance with family planning policies using methods including heavy fines, job termination, and coerced abortion.”

The atrocities described in the film continue to this day, and the battle to stop them must continue until all coercive population control in China has ended.  We cannot explore China’s dark past and ignore China’s dark present.

Nevertheless, the film is remarkable in the intimacy of the portraits it paints, while at the same time giving rise to agonizing conclusions regarding the world’s most massive social engineering experiment gone shockingly awry.

The Chinese Communist Party has boasted that it “prevented” 400 million births through its One Child Policy. This statistic is mind-numbing, inconceivable. The filmmakers, Nanfu Wang and Jialing Zhang, shows us how this was accomplished in Wang’s village.

Wang returned to China after having given birth to her son, to learn what her family and community experienced under the One Child Policy. The interviews Wang records are heartbreaking in their candor. Here we meet the uncle who left his infant daughter in a marketplace, hoping that someone would take her in. No one did. Over several days, he watched as she slowly starved to death.

We meet the family planning official who said that women with illegal pregnancies were tied up and dragged “like pigs” for forced abortions. We see one of the local “womb police” – a midwife personally responsible for more than 50,000 forced abortions and sterilizations – who now seeks to atone for her “sins” by helping infertile couples conceive. We meet the artist who, devastated at finding full-term babies in trash heaps, lovingly preserved and photographed them as a testimonial to the lives that could have been. Wang was courageous in keeping the disturbing images in the film, though doing so caused the film to be rated “R.”

Wang asks those she interviews if they think the One Child Policy was a good thing, worth the sacrifice. Astonishingly, the answer is an overwhelming yes – it was necessary to fight the “population war.” This view is consistent with the collectivist attitude of Communism and its powerful propaganda machine: sacrifice the one for the good of the many.

Do those interviewed really believe that the policy was a good thing, despite the excruciating pain it has caused them personally? Or did they merely say so, because they were being filmed and knew that their statements could get back to the Chinese government, resulting in persecution if they defied the Chinese Communist Party on one of its central policies?

When asked why they did not take measures to save their babies, the overwhelming answer is, “We had no choice.” This is the hallmark of Communism: the peacetime killing of its own citizens. The true face of Communism is never more clearly seen than in the faces of the Family Planning Police, dragging women out of their homes, strapping them to tables, and forcing them to abort babies they want. Anyone who thinks that Communism is a good thing must see this film.

I asked a pro-life friend if he had seen One Child Nation.  He replied, “No, I would never see a film that advocates for abortion.” He was referring to the filmmaker’s statement at the end of the film that she thinks it ironic that she has left a nation where women are forced to have abortions only to come to a nation that restricts abortion, evincing an ill-conceived moral equivalency between China and the United States.

It is unfortunate that the filmmaker, having made a film of unparalleled power regarding the brutality of forced abortion in China, chose to take a wholly unnecessary stand on the America abortion debate. The filmmaker’s comment is a non sequitur. Ignore it, and see the film.

You can watch the trailer here and rent the film on Amazon Prime here.

Reggie Littlejohn is the President of Women’s Rights Without Frontiers. A video on her work to stop forced abortion in China can be viewed here.