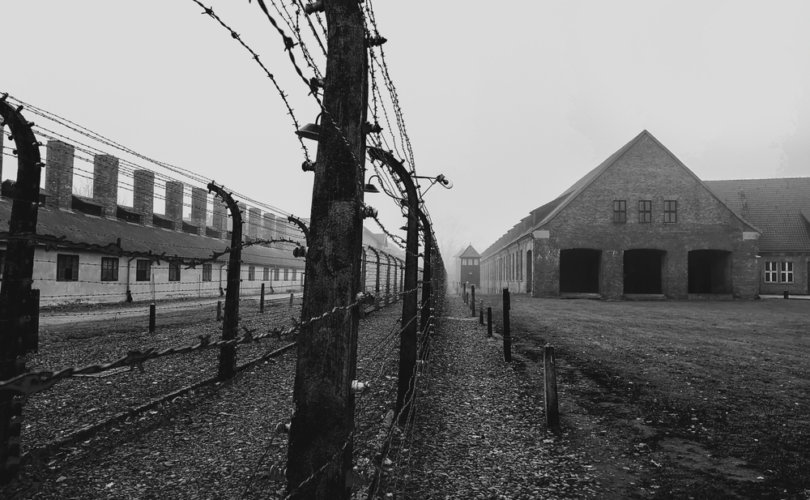 (The Pipeline) – The COVID controversy, which shows no sign of ending anytime soon, has now condensed around the erruption of viral mutations, and the need for an indefinite number of injections or booster shots, as Dr. Fauci has recently stipulated. Objections are routinely discredited or censored while mandates insensibly ramify. One may know people who collapsed shortly after taking the jab, or whose research suggests that the vaccines may be toxic or merely drive the emergence of workaround variants like the B.1.1.529 recently found in Botswana and South Africa (dubbed Omicron, aka Nu).

But such attestations are of no account. “Vaccinology has become a cult religion,” writes Dr. Christopher Shaw in Dispatches from the Vaccine Wars. People must vaccinate. People must submit to an increasingly despotic political system and its avowed program of legislating the health of the nation, otherwise known as COVID-zero. It is a system that had come to be known as medical fascism.

As The Lancet has pointed out with respect to the Nuremberg trials, its proceedings suggest “implications relevant for today’s debates on the ethics of research involving human beings.” The COVID vaccines certainly qualify as such; long term trials are far from completed, mRNA injections were never tested on pregnant women nor on children, nor do they confer prolonged immunity and — despite disclaimers to the contrary — may not prevent “shedding.”

The Nuremberg Doctors Trial, which began on December 9, 1946, continues to impinge on contemporary medicine. As a result of experimental medical practices during the Nazi era, aside from the indescribable barbarities inflicted on Jews and other Untermenschen, “considerable minorities of the population… lost most or all of their civil rights.” The political system in place subordinated the individual person to “the importance ascribed to the health and wellbeing of society as a whole,” as exemplified by the infamous Gesundheitspass Des Hauptamtes Für Volksgesundheit Der NSDAP, or Health Pass Card, of 1938, with the backing in large measure of the medical profession.

The National Library of Medicine informs us that more than half of all German physicians joined the Nazi Party, “surpassing the Party enrollments of all other professions.” Another study observes that research has shifted to elucidating the motivations of the medical community for such a transition from healer to political operative, incentives that include the glorification of the profession, improved incomes, and purging the profession of undesirables. As always, the political juggernaut advances under the mantle of national health, leading to a society that has been effectively vaccinated against democratic governance.

Today, in almost all Western democracies, not having a vaccine passport is equivalent to wearing a badge of social pariahhood. Public spaces have become off-limits. Internet mobbing and civil incitement are daily occurrences. Snitching has become a social practice. Travel is forbidden to the unvaccinated. No jab, no job. People are being fired without compensation. People who quit voluntarily rather than accept the vaccine may be deprived of their legal benefits. Many commercial transactions are determined by the existence of QR codes, as if in ironic confirmation of a biblical presage:

And he causeth all, both small and great, rich and poor, free and bond, to receive a mark in their right hand, or in their foreheads: And that no man might buy or sell, save he that had the mark, or the name of the beast, or the number of his name. (Revelation 13:16-17).

Public personalities like Noam Chomsky suggest that the unvaccinated lose their access to food stores. Newspaper columnists have proposed that unvaccinated people should be prosecuted. Austria has just locked down one-third of its population, a measure enforced by police carrying out spot-checks on the streets. Certain countries are planning quarantine facilities that eerily resemble internment camps.

Australian state governments, as Chris Queen reports in PJ Media, now want to codify the emergency measures they took two years ago during the initial stages of the pandemic and to “haul Covid patients into quarantine camps.” (The Northern Territory website is most explicit). Other countries are contemplating compulsory vaccination of the entire population, curfews and indoor masking. If sources are accurate, Slovenia is now imposing gasoline-passports. The lockdown proceeds in everything but name and is beginning to look permanent.

The point is that such measures are ascending steps to autocratic rule. Decorated Canadian army veteran Tex Leugnar, an astute and passionate commenter on current affairs, has no doubt, as Cochrane Now reports, “that the measures being taken by the federal government are similar to those taken by the Nazi Party after it seized control of Germany.” The doctrine of vaccination with its attendant protocols and ordinances, obviously entails a double peril regarding both the body of the person and the body politic as well. Both are threatened. Indeed, New York City has now arbitrarily decreed that some 56,000 religious- and private-school workers be vaccinated by Dec. 20, including observant Catholics and Orthodox Jews.

“We’re doing everything in our power to protect our students and school staff, and a mandate for nonpublic school employees will help keep our school communities and youngest New Yorkers safe,” said Gauleiter/Mayor Bill de Blasio, born Warren Wilhelm, Jr.

— Article continues below Petition —
BOYCOTT United over religious and medical COVID vaccine exemptions
Show Petition Text
21728 have signed the petition.
Let's get to 22500!
Thank you for signing this petition!
Add your signature:
Show Petition Text

On the one hand, the individual is at risk from an insufficiently and inadequately tested, premature and experimental vaccine that is not only “leaky” but known to cause harm. The actual numbers are disputed but are plainly not insignificant.

On the other hand, the health of Constitutional democracy predicated on the rights of the individual is equally in danger of infection, as government restrictions on personal liberty together with social media censorship, pharmacratic overreach, media sensationalism, and a billionaire class of left-oriented, build-back-better demagogues may inevitably lead to a condition of oligarchic socialism (aka the “Great Reset”). The political virus we are now experiencing, giving rise to a condition of growing social pathogenesis, may spell the end of once-free and representative democracy.

In either case, the doctrine of vaccination, vigorously seconded by the medical profession and culminating in acceptance by the individual, expresses the tyranny of righteous conviction and totalitarian will. The result is the twin repression of personal independence and political freedom. As Spanish author César Madrigal writes in The Globalist Agenda Is Real, “we are already experiencing the reduction of our individual rights with the excuse of COVID-19,” which envisions “the extinction of our democracies.” Legislated compulsion backed by severe social and economic penalties is a harbinger of totalitarian rule, of which forced medical procedures and a rhetoric of civic obligation are, as they say, “part of the plan.” Blue-chip evidence exploding COVID policy and vaccine boosterism is routinely dismissed and suppressed as “misinformation.”

In the United States, the Federation of State Medical Boards warned that “Physicians who generate and spread COVID-19 vaccine misinformation or disinformation are risking disciplinary action by state medical boards, including the suspension or revocation of their medical license.”

In Canada the College of Physicians and Surgeons of Ontario has threatened to revoke the licences of doctors who question the safety of the vaccines. A Who’s Who of leading specialists in epidemiology and related disciplines who contest the prevailing narrative have been fired, stripped of their professional accreditations, and rigidly censored. Their message has been quashed.

The direction in which political policy and social developments are proceeding is not hard to discern. The Gesundheitspass in its current form and its enforcement of a regime of medical apartheid is merely a precursor to the installation of authoritarian governance. If things do not change, we will find ourselves living in a police state. The analogy to Nazi Germany, despite the obvious differences, is not as farfetched as it might at first appear.