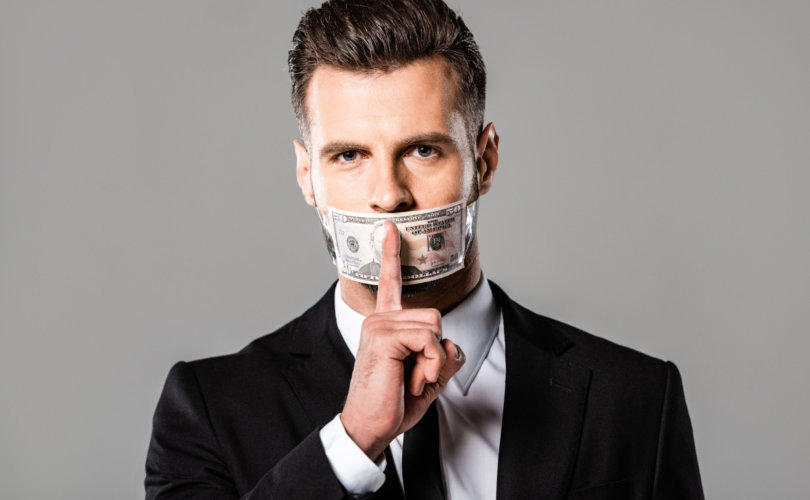 June 2, 2020 (LifeSiteNews) – Big Tech held its breath last week as President Trump announced on May 28 his executive order regulating the big social media platforms. The president issued the executive order (which had been in the works for at least a year) shortly after Twitter decided to censor his tweets about the possibility for fraud resulting from mass mail-in balloting.

At LifeSiteNews, we have experienced severe censorship at the hands of Twitter and other Big Tech for quite some time, but our options for how to respond to this censorship – like that of most other conservative organizations being shamelessly silenced — have always been very limited. Sometimes we are able to maneuver around Big Tech's blatant anti-Christian anti-conservative censorship, but in other cases, like in the case of Twitter, we have been given the “choice” of violating our conscience by covering stories in the way Twitter wants us to cover them (e.g., using gender-preferred pronouns, etc.) or being locked out of our accounts. Whether it is for financial gain or for ideological control, this is how monopolies always work: It is either their way or the highway. In really tight monopolies, the highway is a toll road that the monopoly also controls.

Last week, Twitter started a war with the most powerful politician in the world. President Trump responded in the way that those who voted for him were promised he would – by fighting back. If anyone is looking for a reason why Trump is so popular with his base, look no further than this situation with Big Tech for a prime example. America wanted a New York brawler, not a polished Washington DC statesman, and that is what America got.

But the reality is that Twitter and the other social media giants have a very good shot of winning this battle. It is a fight Big Tech has been preparing for, as every other monopoly before it did, by greasing the wheels of power through lavish donations to the Washington, D.C. political establishment. And while it will come as no surprise that Big Tech donates overwhelmingly, sometimes exclusively, to the campaigns of leftist politicians and the Democrat Party, most people would be surprised to learn that they have also been pouring money into the nation's largest conservative think tanks. Yes, the big conservative think tanks have been taking donations from Google, Facebook, etc.

In the latest reports available from Facebook and Google's own voluntary reporting, the three big Washington, D.C. think tanks, commonly thought of as being conservative, are listed as recipients of substantial donations from both Google and Facebook. The Heritage Foundation, The Cato Institute and The American Enterprise Institute for Public Policy Research all received “substantial contributions” from Google and Facebook in 2019 (check the Google roster of donation recipients here and the Facebook list here).

Can there be any doubt that their donors will have a deep impact on the policy positions these think tanks take? The initial reactions out of the gate, along with the opinion pieces and policy articles pushed out by the big three on the issue most important to Big Tech, leave little doubt as to the potential influence these donations might have had with the think tanks.

The most conservative of the three, the Heritage Foundation, published an Op Ed written by the executive editor of the Daily Signal (Heritage's online publication) titled “Tucker Carlson Gets it Wrong on Tech Policy.” In that article, the Heritage Foundation cried foul after Carlson and others called attention to the organization's apparent proposal that the “free market” and self-policing were the best ways to deal with Big Tech's increasing censorship and monopolization of the social media public square. Shortly after the release of last week’s executive order, the Heritage Foundation's president and the director of technology issued a very noncommittal statement that called for a balancing of interests between free speech and the rights of private businesses and individuals to be free from government interference – hardly a ringing endorsement for the president's executive order.

“Total corporate support amounts to less than 2% of contributions and has exactly zero bearing on our policy positions. No one should be surprised that The Heritage Foundation favors consumer empowerment, opposes government intervention, and champions the free market. We always have and always will operate according to a core set of principles when evaluating policy proposals. The Heritage Foundation’s authority rests on the quality, rigor, depth, and independent nature of our research and analysis. Any suggestion to the contrary is false.”

The other two conservative Washington, D.C. based think tanks, American Enterprise Institute (AEI) and Cato Institute, were not as subtle as the Heritage Foundation in downplaying the president's executive order.

In statements put out shortly after the signing ceremony was broadcast at the White House, AEI's James Pethokoukis wrote a stinging rebuke to the president's executive order, dismissing the censorship concerns of conservative media outlets and personalities as “supposed suppression of ‘conservative’ speech by social media companies such as Facebook, Twitter, and YouTube … ” concluding that “there’s no evidence that such censorship is happening in any sort of systematic or substantial way.” The Cato institute joined AEI's anti-executive order policy position, titling their article “Trump’s Social Media Order Rewrites Internet Law by Decree.”

Is it any coincidence that the biggest of the big Washington, D.C.-based conservative think tanks have all received funding from Big Tech and are either missing in action (or fighting for the other side) with regard to the president's executive order to curb the influence of Big Tech?

Of course, these think tanks have every right to accept donations from Big Tech, Big Oil, Big Pharma, or whomever they please, and in their defense, they are upholding a superficially conservative position in favor of limited government and free enterprise. But the conservative think tanks’ positions are superficially conservative because removing special immunity from Big Tech is not equivalent to government interference in private enterprise. Instead, it is leveling the playing field so that Big Tech has to operate under the same rules as every other publisher that seeks to curate or moderate content.

Big Tech's monopolization of information technology poses a much greater threat to democracy than any alleged foreign interference that has preoccupied the Washington political establishment and the media for the last three years. Just last year, Big Tech put their thumb on the scale in the all-important abortion referendum that quite literally stripped the fundamental right to life from preborn children in Ireland. If that was not a life and death situation, nothing is.  No one who honestly follows the cases of Big Tech's increasing censorship and invasion of privacy can doubt that they will attempt to influence the presidential election in 2020. And of course, Big Tech has been complicit for the last two months in covering for the WHO and the Chinese Communist Party's responsibility for the origins and devastating effects of the coronavirus pandemic.

The tools deployed by President Trump's executive order — the reinterpretation of Section 230 of the Communications Decency Act and the removal of taxpayer funds invested on social media — are just the beginning of what needs to be done to ensure that Big Tech sticks to improving information technology and stays out of social engineering and influencing elections.  Legislation is now being crafted by Congress that will further attempt to bring accountability to Big Tech, but there too, Big Tech has been investing heavily with steep increases in political donations over the last years, mostly to Democrats, but sending enough donations to Republicans to break any party-wide consensus.

The year 2020 may decide the fate of the internet as a venue for free speech and may even determine whether a government of the people, by the people and for the people shall not perish from the Earth. Conservatives must remain vigilant and ready to rally for our and everyone's freedom of speech, paying special attention to those organizations that purport to represent our interests in Washington, D.C.

If you feel so inclined, politely contact the following organizations to share your concerns about Big Tech censorship of conservative organizations and persons.

June 3, 2020, 12:40 PM EST update: This report has now been updated with a comment from Heritage Foundation spokesman Greg Scott.