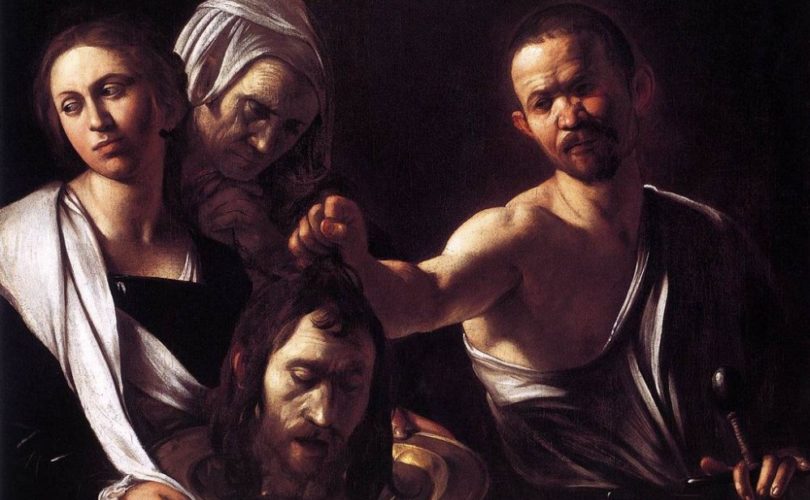 A Christian man was executed during the night by a high-profile ruler after making an uncompromising defense of real marriage.

The Christian, who was renowned for his holiness, had told the ruler in public that his relationship with his partner was “against the law” of God. The Christian’s words enraged the ruler’s partner who successfully plotted to have him permanently silenced.

John the Baptist was first imprisoned before he was beheaded. The Catholic Church honors him today, August 29, as a martyr and saint.

While John’s death happened a little less than 2,000 years ago, his heroic stance for real marriage is more pertinent today than ever before.

According to the Gospel of Mark, the ruler Herod had ‘married’ his brother’s wife Herodias. When John told Herod with complete frankness, “It is against the law for you to have your brother’s wife,” Herodias became “furious” with him to the point of wanting him killed for his intolerance, bullying, and hate-speech.

Herodias found her opportunity to silence John by having her daughter please Herod during a dance at a party. Herod offered the girl anything she wanted. The daughter turned to her mother for advice, and Herodias said to ask for John’s head on a platter.

Those who fight for real marriage today can learn three important lessons from John’s example.

John the Baptist was not intolerant or a bigot, he simply lived the word of God without compromise, speaking the word of truth when it was needed, knowing that God’s way is always the best way. Were John alive today, he would be at the forefront of the grassroots movement opposing the social and political agenda to remake marriage in the image of man.

If he were alive today he might speak simple but eloquent words such as, “It is against God’s law for two men or two women to be together as a husband and wife in marriage. Marriage can only be between a man and a woman.”

He would most likely be hated. He would be ridiculed. He would surely have the human rights tribunals throwing the book at him. But he would be speaking the truth and have God as his ally.

The time may not be far off when those who defend real marriage, like John, will be presented with the choice of following Caesar or making the ultimate sacrifice. May God grant his faithful the grace to persevere in whatever might come. St. John the Baptist, pray for us!