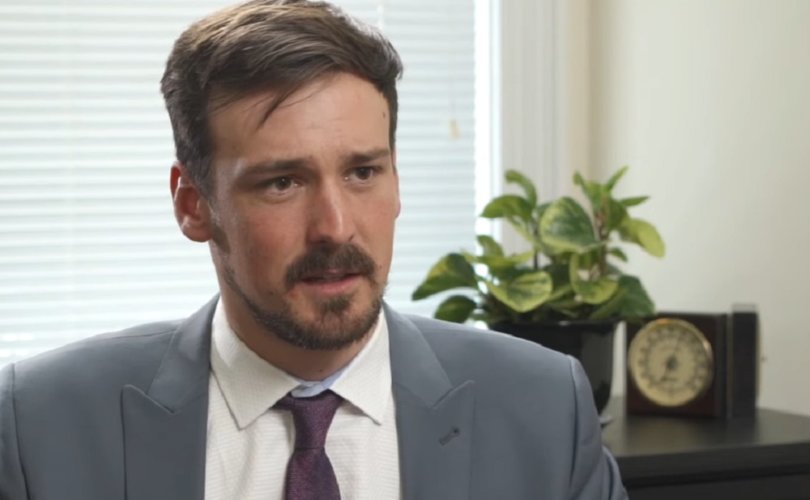 During Monday's edition of CNBC’s Squawk Box, co-anchor Joe Kernen asked Parler CEO John Matze about what Twitter will potentially do if Trump speculates an election win. Kernen asked: “If President Trump were to say something that Twitter didn’t like about the results” of “the election and whether he was winning or not, do you think Twitter, at that point, would decide ‘Okay, we’re finally going to censor’?” After Kernen conceded that Twitter has already “done it a little bit before,” he asked Matze: “[D]o you think they would decide: ‘We’re not going to publish that’?” Matze responded: “I think they would do it going forward.”

— Article continues below Petition —
PETITION: Dump Twitter and Big Tech for threatening our democracy and freedom of speech!
Show Petition Text
15625 have signed the petition.
Let's get to 17500!
Thank you for signing this petition!
Add your signature:
Show Petition Text

For extra measure, Matze warned that this kind of censorship would not just be exclusive to Twitter, and will be applied more generically across other Big Tech platforms. Matze noted: “The big thing that they’re talking about right now on Facebook, Twitter, as well as, I believe — YouTube has said this too (I’m not certain on that one) — is that they don’t want any presidential candidate speculating that they won the election online on that night.”

Matze assessed that this was “scary.” He contended that whether it’s Trump or Democratic presidential nominee Joe Biden, “both of them should have a right to speculate all they want on election night.” Matze said that his own platform would not be policing such content.

Earlier in the segment, Kernen asked Matze about comments he made about “Twitter’s future” if it continues its treacherous path of censorship of news outlets and posts it disagrees with.

Matze assessed from a user-trust perspective that this behavior could potentially take a sledgehammer to Twitter’s user growth numbers:

If they keep kicking people off for having views they don’t like, and they’re curating which news sources are allowed on, it’s not going to reflect well on their user growth numbers.”

The New York Post, a 219-year-old newspaper, had been blocked from its Twitter account for over seventeen days for publishing a bombshell story claiming to expose the alleged corruption behind Joe Biden and his son Hunter Biden’s foreign business dealings.