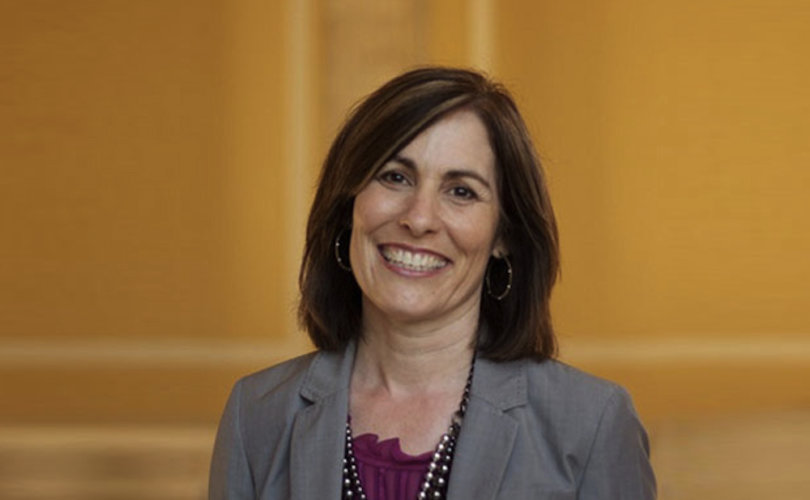 June 12, 2017 (Family Research Council) — The Department of Health and Human Services is shaping up to be a huge headache for the radical Left. This week, the administration is adding another solidly pro-life, pro-abstinence leader to a roster that's already a who's who of the conservative movement. Valerie Huber, a longtime leader in sexual risk avoidance circles, is taking a job as the chief of staff for the Office of the Assistant Secretary for Health at HHS.

Most of us know Valerie from her work at Ascend, formerly the National Abstinence Education Association, which empowers teenagers to make positive choices about sex. While conservatives cheered the move, the Left fired off a series of angry press releases, accusing Huber of being everything from anti-woman to anti-science. It's almost comical. How are conservatives anti-science, when we actually believe what research says about gender, conception, life, the environment, and creation? The Left is so confused about basic biology that it doesn't even know which bathroom to use!

If liberals are upset with Valerie's approach, they'll have to take it up with the Centers for Disease Control (CDC), which just validated her holistic approach in a sweeping study of its own. In a revealing report, CDC officials make it clear that teaching kids to save sex for marriage might just spare them from a long list of other health risks. Students in grades 9-12 who made positive decisions about sex were just as likely (or more!) to avoid other dangerous behaviors. “Virginity among teenagers of all ages correlates closely with the presence of married parents. Each change in family structure during adolescence (from married to divorced, from single to married, or from divorced to stepfamily) increases the risk of initiation of sexual intercourse for many of the teenage children in these unions.”

Valerie has a long history of promoting healthy lifestyles, especially for women and children. I can't think of anybody better for the job. Congratulations, Secretary Tom Price, on another stellar pick!