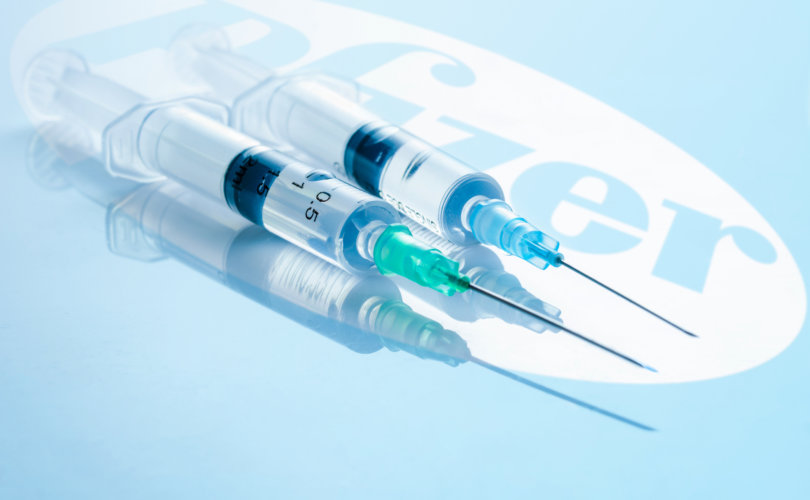 (Children’s Health Defense) – Steven A. Ordonia of Pensacola, Florida, was a police lieutenant and a U.S. Air Force veteran. He held a second-degree black belt in Taekwondo, lifted weights, and ran ten miles a week.

But after receiving his Pfizer COVID-19 booster shot, the 62-year-old was forced to retire and is largely confined to his home and is unable to drive a car.

In an exclusive interview with The Defender, Ordonia explained how his debilitating symptoms following the Pfizer booster brought him to the brink of suicide, before his daughter – and participation in an online support group for vaccine injury victims – helped him recover.

Ordonia has “always been very active,” he said, working for a lumber company, joining the Air Force, and building nuclear warheads for the Minuteman III intercontinental ballistic missile, before joining the police force in Pensacola.

In March 2021, Ordonia received the single-dose Johnson & Johnson COVID-19 vaccine. According to him, there were “no problems, not even a sore arm” following this initial vaccination.

But after he received the Pfizer “booster” in December 2021, Ordonia said he experienced “major headaches, fever and chills.”

“I had to cancel a get-together with friends,” Ordonia said. “We discussed the shot… saying I’ll get better in a few days, that ‘it’s just the shot’ and so forth.”

However, by early January, Ordonia’s health hadn’t improved. He took a COVID-19 test, which came back negative. But his symptoms continued to worsen.

It started with symmetrical joint pain, severe joint pain. I went to my primary doctor, who suspected rheumatoid arthritis [RA]. I waited for my referral to the RA doctor, went through the normal bloodwork, etc.

The doctor said ‘no RA.’ I just dealt with it, as nothing stops me! I continued with my regular routine, working through the pain. There were no other problems other than the joint pain.

However, Ordonia’s health then took a turn for the worse. He said:

After about seven weeks of joint pain, it all stopped! Immediately, I start getting muscle tremors. Mainly [in the] thigh muscles, but at some point here and there, it was all my muscles trembling.

I noticed my hands had started shaking. My toes would not stay still while relaxing.

As with the previous symptoms Ordonia experienced, these new symptoms were ephemeral – and were soon supplanted by even more serious health issues. According to Ordonia:

[The] tremors went on for I would say several weeks. Then, all the tremors suddenly stopped.

Then I started having uncontrollable limb movement, flailing of the arms… It got so bad I was having convulsions… I was having bouts of difficulty breathing, headaches, confusion, facial paralysis.

As his symptoms worsened, Ordonia visited the emergency room four times in January and February 2022.

“With each trip I was basically told ‘nothing wrong, stress,’” said Ordonia, who added that although he had explained to healthcare providers that he was familiar with stressful situations from his job as a police officer, including arrests, altercations, and testimony in court, and that such stress “never, ever bothered [him],” they ignored him.

It wasn’t until February 25 that Ordonia’s daughter, a registered nurse, “pretty much made them admit [him]” to the emergency room, as “the uncontrollable movement” he was experiencing “was terrible.”

This resulted in a seven-day hospital stay – and a conclusion from the doctors, including his neurologist, that his symptoms were stress-related.

“I was sure they were wrong,” said Ordonia. “They wanted to send me home [but] I did not want to go because the uncontrollable movements and tremors were so very exhausting.”

“I wanted an answer, and I could not accept theirs,” he said.

Worsening symptoms brought Ordonia to the brink of suicide

After he was released from the hospital, Ordonia said he “tried his best” to convince himself that his symptoms really were stress-related.

But instead, his symptoms worsened further – and began to take a toll on his mental health.

“By this time, I thought I had a major mental illness,” said Ordonia, “and I called all my family together. I told them I am committing suicide… [that] I am going to kill myself, I cannot control this and cannot live with it.”

According to Ordonia, it took the intervention of his oldest sister – who holds a Ph.D. in mental health – to convince him to take a step back and to spend the night with his brother for support.

“I stayed the night and I told my mind to stop the tremors and flailing,” said Ordonia. “I don’t know how, but I did it, however, at the expense of my mental health.”

While his physical symptoms began to improve, this wasn’t the case with his mental health.

My primary [physician] gave me Zoloft and Lorazepam. Each day that went by was worse.

My mental health was going downhill. After a week, I [met] with a therapist who basically saved my life, because I was going to off myself.

According to Ordonia, this therapist was the first medical practitioner who connected the symptoms he was experiencing with the COVID-19 vaccine, telling him that she was “treating another person [with the] same timeline, same symptoms.”

‘My mind is permanently changed’

Ordonia found the strength and support to help him step back from the brink, but his health wasn’t in the clear.

“To this very day, I have new and repeating symptoms,” Ordonia said. “I have never had a day when all is ‘normal.’”

My latest thing is double vision, which will not go away. The eye doctor says my eye muscles are deteriorating. I have cataracts as well. My list of problems is too long to put on this narrative.

Ordonia said his mind was “permanently changed,” he had a “new personality” that he described as “terrible.”

He “mentally zones out” and is no longer able to drive a car, Ordonia said – symptoms that are accompanied by “terrible” physical health and “endurance [like] that of an 80-year-old.”

I cannot walk to the mailbox without stopping to rest. I cannot feel my right leg – it is more than 50% numb. I cannot bring my toes back to walk normally.

Still, the many doctors Ordonia continues to see “keep saying stress,” he said.

“Just this past week, I have finally found a neurologist that believes the ‘booster’ gave me a disease,” said Ordonia, who added that he is also seeing a pain management doctor for “herniated discs that are now causing painful events” after “never having a back problem for 62 years.”

These symptoms have drastically altered my way of life. I cannot do anything physical that I love doing, [such as using the] chainsaw, heavy yard work, etc. I loved fishing, [now I] can’t do it.

My balance is terrible. I can’t see good enough to tie a hook. I cannot drive, probably for good. Basically I am house-ridden unless I feel good enough to find a ride to my property to do light stuff, etc.

While many vaccine injury victims have experienced alienation from family and friends who don’t believe COVID-19 vaccines caused their injuries, Ordonia said he was fortunate to have supportive family members – and to have discovered an online support group for vaccine-injured individuals.

“It took me, no help, to finally figure this all out,” said Ordonia. “Even my family, at times, thought it was all brought on by mental problems. Now they are on board.”

This sickness has brought my wife and I closer. She also has gone through this with me and I know the stress it has brought upon her.

“By God’s grace, a Facebook friend sent me the link to [the] support site,” Ordonia told The Defender. “Being a member of the group has really lifted my spirits.”

Ordonia joined the group despite previously not being a Facebook user – until he decided it was time to share his story with the world.

“I never did Facebook or any social media up until the time I posted my first video,” said Ordonia. “I got up one morning and I don’t know why, I started talking to the camera. Then I said to myself ‘I am tired of this crap, I am no longer ashamed, I don’t care if folks think I’m a nut.’”

“It was the best thing I did,” said Ordonia. “It helped me find the [support] group and all my law enforcement friends reached out.”

One of the doctors who is treating Ordonia, and who administered ivermectin, vitamins, and a plant-based diet, also supported Ordonia and shares his belief that his symptoms are connected to the “booster.”

However, Ordonia noted that “she is blackballed from the traditional medical community.”

This support has helped Ordonia persevere in his efforts to overcome his symptoms and to seek justice.

He told The Defender:

I did report this to VAERS [the Vaccine Adverse Events Reporting System]… also, I have filed my COVID countermeasures claim – which is a pain, it’s very hard to do it. It’s hard to navigate… and they only pay your deductible. No compensation.

There is a Vaccine Injury Compensation Program where you can basically negotiate a settlement, but guess what? It covers every vaccine except COVID.

Ordonia said he will continue to speak out and seek justice. “I do want to get on other platforms,” he said. “I will do anything to get this issue turned around. I will not rest until I am successful in a tort claim against someone.”

However, he also casts blame on doctors and medical practitioners who, early on, dismissed the possibility that his worsening health conditions were related to the COVID-19 booster.

“If one doctor had told me early on it was the COVID shot making me sick, I am confident my mental status would have been much better,” he said.

“I would not have wanted to off myself. All I could think of was all my close friends that killed themselves because of the job we did, and I was really ready to join them.”