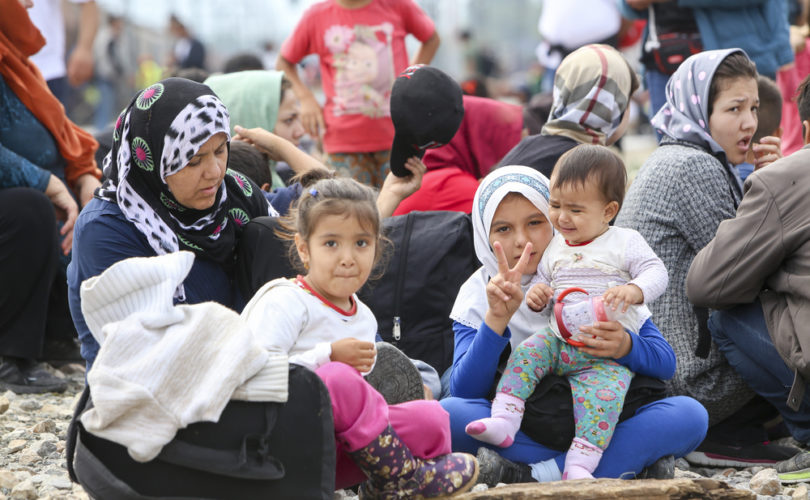 November 23, 2015 (BreakPoint) — A week after the ISIS-directed attacks in Paris, Christians are uncertain, even divided, over what to do with the millions of refugees created by the wars in Syria and Iraq.

But on this we should be united: helping our fellow Christians escape.

Unfortunately, we have to begin by getting our leaders to understand the peril our brothers and sisters are even in. After countless reports of anti-Christian outrages by ISIS, including mass beheadings and executions, you’d think that the peril and the need for rescue would be obvious.

But it’s not, at least not to government officials. According to an article by Nina Shea at National Review, “Christians are to be excluded from an impending official United States government declaration of ISIS genocide.” Shea cites a Yahoo News report which states that the ISIS attacks against the Yazidis will be designated as acts of genocide, but not attacks against Christians.

This matters because, as Shea writes, “A genocide designation would have significant policy implications for America … offers of aid, asylum, and other protections to such victims.” Without this designation, the U.S. and other governments would not be bound to act to suppress or even prevent the genocide of these Christians.

And a glimpse of what this inaction might look like is provided by a recent story at CNS news, based on State Department data. “Of [the] 2,184 Syrian refugees admitted into the U.S. since the Syrian civil war erupted in 2011, only 53 (or, 2.4 percent) have been Christians.”

Now for anyone with even a passing familiarity with what’s going on in Syria, these numbers should raise all sorts of red flags.

The high percentage of Christian refugees, relative to their percentage of the population, makes perfect sense, given their being the principal target of ISIS violence.

What doesn’t make sense is that Christians are such a tiny percentage of the Syrians who have been granted asylum in the U.S.

Why? Well, according to Shea, a significant part of the problem is “American reliance on a United Nations refugee-resettlement program that disproportionately excludes them.” This program is centered on UN-sponsored refugee camps that are far from where most Christians live, because they are largely urban-dwellers.

What’s more, according to Shea, “many non-Muslim refugees try hard to avoid these camps.” Christian Aid Mission reports that “U.N. camps are ‘dangerous’ places where ISIS, militias, and gangs traffic in women and threaten men who refuse to swear allegiance to the caliphate.”

Shea adds that “such intimidation is also reportedly evident in migrant camps in Europe, as well, leading the German police union to recommend separate shelters for Christian and Muslim migrant groups.”

This puts Christians at a disadvantage when it comes to applying for refugee status within the U. S.

So our first take has to be to urge our leaders to remove this disadvantage. Call your elected representatives and urge them to push the administration to recognize Christians in Syria and Iraq as targets of genocide. At the very least, the U.S. should reach out to those groups who are caring for Christian refugees and end its over-reliance on the UN program.

This is a goal that all Christians can agree upon.

(Editors Note: Since recording this commentary we discovered this Christianity Today article about another possible reason for the small percentage of Christian refugees being accepted in the U.S.)