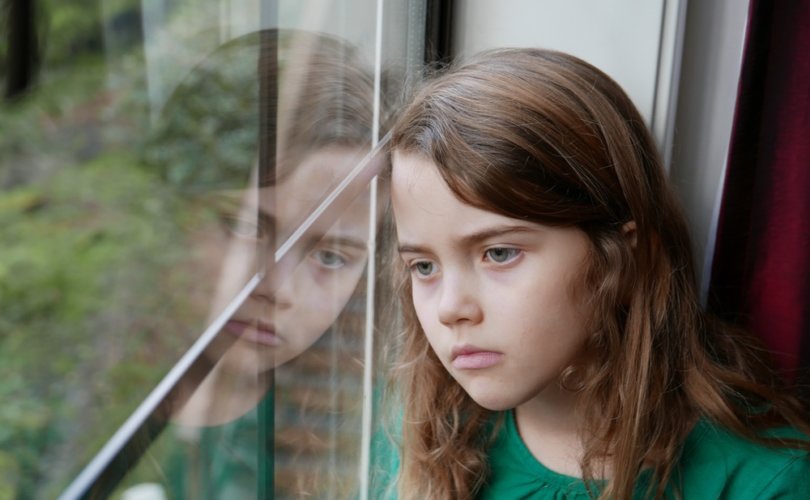 January 2, 2019 (LifeSiteNews) – There’s a lengthy, sordid history of the damage children suffer because of “progressive” values and policies. In 2018, the harm went beyond passive side effects.

The left is now brazenly cheering over the corruption, pain, and heartbreak of children. And sometimes, their deaths.

What can be done? We must work within all lawful means possible to stop this evil. Here are some of last year’s worst examples, although this article could go on and on:

9. Sixth graders in Washington state were asked as a class if any of them questioned their gender identity. One girl at Sequim Middle School relates the indoctrination session HERE. Kids were also encouraged to go online privately to research “gay, lesbian, bisexual, and transgender” groups. This is a segment of the highly controversial F.L.A.S.H. curriculum and just one of many examples where activist teachers use children as sexual agenda guinea pigs, unless parents call a halt.

And secret plans to fast-track gender-confused students through “transition” even without parental knowledge are surfacing all over the country. Here’s the Santa Ana, CA schools’ confidential form to be completed for such a student (drafted by the extreme group Gender Spectrum) with questions like, “Who will be the student’s ‘go-to-adult’ on campus?”

8. “Get ready for Desmond, this trailblazing 11-year-old drag kid…” This is how ABC’s “Good Morning America” host introduced a confused boy dressed as an adult female, who then suggestively pranced down a model runway. Thankfully, many of the comments on this YouTube excerpt expressed sane reactions, like, “This is child abuse!”

And Desmond also recently performed at a Brooklyn, NY adult bar for homosexuals. That incident resulted (thankfully) in some acknowledged disapproval by liberals. Maybe there’s still hope for protecting these kids.

7. The Thanksgiving Macy’s parade tried to normalize teen lesbianism to the millions of children in its television audience, with a female-female kiss introduced enthusiastically by NBC announcers and cheered by parade bystanders. What God calls an “abomination” was applauded as two female performers, portraying teens, enacted a scene from the Broadway play “The Prom,” which laments the objections of school officials over a girl’s female prom date.

6. More teens can’t receive counseling to overcome homosexual feelings, even if caused by sexual abuse. Change therapy bans were enacted in the states of Washington, Hawaii, Delaware, Maryland, and New Hampshire in 2018, along with numerous cities.

Yet this counseling is highly effective for many people. Christians know from Scripture (1 Cor. 6: 9-11) and personal testimonies that God will help people leave the sins of homosexuality and gender rebellion behind.

Last summer, a radical California bill, AB 2943, was thankfully dropped but is likely to be reintroduced in 2019. It aimed to broaden the ban on therapy to adults using a consumer fraud platform and would penalize any person or media communicating that change is possible, if fees are exchanged. In California, what would a victim of molestation do to address unchosen, sinful feelings?

FGM is the barbaric practice of cutting a little girl’s genitals, usually around age nine or ten, and is common among Muslims and tribal groups in Africa, India, Indonesia, and elsewhere. Although illegal in many states, it’s quietly done anyway by immigrant groups in the U.S. and an estimated 500,000 girls are at risk.

So, let’s understand this—it’s a “cultural practice” when nine-year old girls’ genitals are mutilated without their consent. But it’s “consumer fraud” (under the California proposal) if teens or adults engage voluntarily in talk therapy about homosexual attractions or gender confusion following sexual molestation.

This is how liberals think. Or fail to do so.

4. More clinics opened in children’s hospitals to facilitate body mutilation of confused minors. The quackery of childhood gender “transition” treatment continues to gallop through mainstream medicine without valid research to support its benefits, while ample evidence of its harm piles up.

3. There’s a dramatic increase in the number of teens who claim a “gay, lesbian, bisexual” or “questioning” identity. According to the Centers for Disease Control, nearly 15% of American teens in a massive survey now embrace sinful, immoral behavior—and the CDC joins extremist groups in believing “support” is the best response to these kids, who report far higher risk-taking behaviors and adverse childhood experiences than their heterosexual-identifying peers. Coincidence, or cause?

2. A movement called “Shout Your Abortion” is gaining popularity, with  Oprah as one of its champions. With 60 million unborn human beings as victims, too many deluded women fail to see the hypocrisy of the #MeToo outcry over their own violated human rights while embracing #ChildDestruction.

1. Satan’s army is coming out of the closet as witches openly cast spells against conservatives, Christians, and pro-lifers. At one Ohio abortion clinic, apostate ministers held a “sacred blessing” ceremony inside the facility on November 9. Pro-life demonstrators gathered outside, despite sorcerers openly hexing them. Later, a bizarre YouTube video surfaced of what happened inside at that “blessing.” A post-abortive mom sang a song she believed came from the spirit of the baby she chose to sacrifice.

One cannot overstate the moral spiritual depravity reflected in this celebration of a child’s death.

There is good news. Ohio passed the “Heartbeat Bill,” outlawing an abortion if a beating heart is detected (even though Governor Kasich vetoed it). Kentucky just introduced similar legislation and there are “heartbeat” bills in several other states as well as Congress.

So, Americans do still have a heart for children. In 2019, let’s start to show it again.