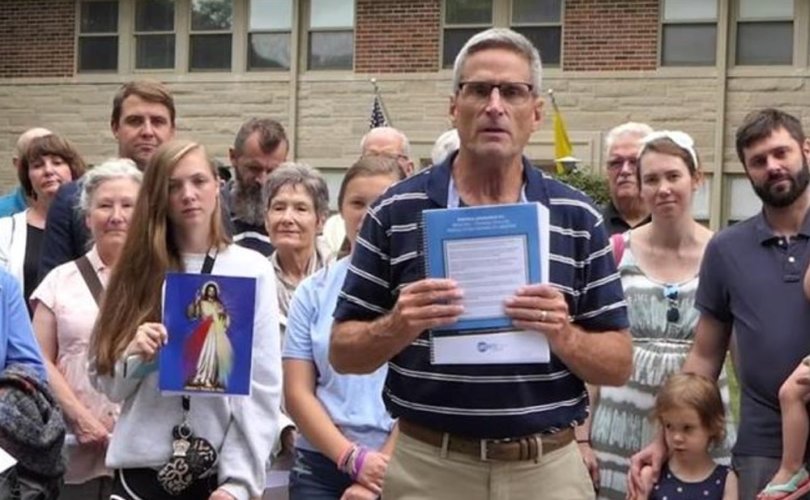 September 17, 2020 (LifeSiteNews) – Petitions are often attacked as cold data-gathering operations engaged in by unscrupulous non-profit machines to grow their email lists and donor base. Undoubtedly, some organizations use petitions in unethical ways for fraudulent purposes. Even worse, some organizations use petitions quite successfully to promote evil agendas. But many organizations do not. As a long time pro-life activist, I have experienced both, and I can attest to the fact that well–run petitions are an essential aspect of effective public advocacy.

As the director of advocacy at LifeSiteNews and LifePetitions, I see petitions that make a real impact almost every single week. At LifeSiteNews, petitions are an integral part of our ability to identify, inform, mobilize, and stay connected with our supporters. On pressing matters where public support can make a difference, petitions work.

To get an idea of how a petition comes to life at LifePetitions, consider how one of our most shocking petitions came to be.

Late last year, one of LifeSiteNews’s columnists, Jonathan Van Maren, reported on the gruesome story of a teenage girl who was sex trafficked and was only rescued after the girl’s mother saw the abuse displayed on some of the world’s largest pornography sites. A few months later, LifeSiteNews partnered with the Personhood Alliance in an investigative report of public police records. Those records exposed the fact that the young sex trafficking victim had been further victimized by being coerced into an abortion by her captors.

This led LifeSiteNews and the Personhood Alliance to join together in launching a petition. LifePetitions brought together 25,000 signers on the petition demanding that authorities in Florida open an investigation into the abortion facility that had not complied with state and federal mandatory reporting laws. Even after delivery of the petition had been complicated by the coronavirus lockdown, and after several conversations with members of the Florida government, Attorney General Ashley Moody responded directly to the petition with an official letter announcing her order to local law enforcement to open an investigation into the forced abortion.

The petition in this case allowed LifeSiteNews to put the necessary public attention and public pressure on Florida authorities. The petition also allowed for a practical collaboration between two organizations that were then able to reach out to their respective members to put more pressure on public officials. Lastly, the petition allowed us to identify those of people who are interested in staying informed about this issue and yes, if they believe in the value of the reporting, to support both organizations through their donations.

Petitions at LifeSiteNews are never one-off efforts. They usually start with a news report on a topic important to our readers. But because LifeSiteNews is a non-profit with the specific mission to advance the culture of life, we don’t just report the news, but try to find ways to have a direct impact on the side of life. We don’t write a petition for every story – only for those where we think the voice of our readers could impact a situation. If that is the case, the petition not only helps us give our readers a voice, but also allows us to know which stories the signers are most passionate about, and if they give us permission to communicate with them, we follow up the petition with ongoing reporting on the same topic. In other words, our petitions are an integral part of ongoing coverage and advocacy.

The impact of LifePetitions is truly something of which we are proud. Looking at petitions that have made a real difference recently we count the following successful petitions:

As can be seen from the above examples, petitions don’t just make a real difference on any particular campaign. Petitions also help us identify supporters to our cause, inform them of ongoing news stories that are of interest to them, and organize them into action.

Petitions are tools for identifying, informing, and mobilizing people. Used ethically, petitions can be and are an incredible tool for evangelization. But petitions can also be used, and are used every day, for evil and fraudulent purposes; one need look no further than liberal petition platforms like MoveOn.org to see the nefarious impact petition platforms can have.

To completely reject all petitions is to reject a tool that can be used for the greater glory of God.

LifeSiteNews takes seriously our responsibility to use our LifePetitions platform ethically.

We will continue to fight with every tool at our disposal to advance the culture of life. Whether it is through our ongoing news reporting at LifeSite or through LifePetitions, our promise to our readers is the same: leave no stone unturned in the search for the truth, and seek to restore a culture of life using every legitimate Christian means possible.