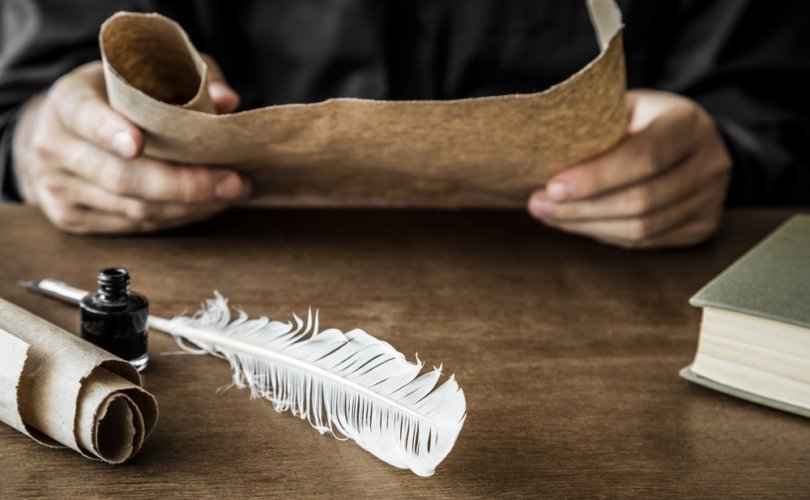 April 13, 2018 (LifeSiteNews) – LifeSiteNews is pleased to publish the following letter as a superb example of how Catholics can approach their bishops with concerns about scandals in the Church.

In this case, the matter is the conduct of the international aid organization Canada’s bishops set up in 1967, the Canadian Catholic Organization for Development and Peace (D&P).

As LifeSiteNews has reported, 10 Canadian bishops, including Cardinal Thomas Collins of Toronto, are withholding the annual diocesan Lenten collection from D&P. This is based on findings by the bishops’ internal review that the Catholic international aid organization partnered with 40 agencies in developing countries that violate Catholic moral teaching. These agencies have been found to be either supporting abortion, contraception, homosexuality, or transgender ideology.

The bishops are withholding funds until they receive assurance from D&P that its partner agencies in developing countries comply with Catholic social and moral teaching.

D&P is cooperating with the internal CCCB review. The annual Lenten collection for D&P reportedly brought in $8.3 million in the fiscal year 2016 to 2017.

The letter below was sent to Regina Archbishop Donald Bolen on April 9, 2018. It is published in full.

RE:   Development and Peace Continues Funding of Organizations Supporting Abortion

Let me begin by wishing you a very Blessed and Happy Easter.

The saga of Development and Peace (D&P) funding organizations that promote and support abortion, contraception, sterilization, homosexual relationships, and gender theory in the Third World continues.  The history of this controversial and unacceptable activity dates back to at least 2009 when LifeSiteNews exposed D&P’s related activities in various countries.

“And abortion is not the answer to alleviating poverty and suffering in developing countries.  To illustrate my point, in a May 28, 2009 letter, the Bishops Conference of Peru formally requested that the bishops of Canada cease funding of pro-abortion groups in Peru via the Canadian Catholic Organization of Development & Peace. They said, “It is very disturbing to have groups which work against the Bishops of Peru by attempting to undermine legal protection for the right to life of unborn children, being funded by our brother bishops in Canada,”

D&P denied their abortion-related activities in 2009 and deny it now, again.  In the attached Grandin Media communication, April 5, 2018, Mr. Romain Duguay, Deputy Executive Director of D&P is reported as saying:

‘Funding anything to do with abortion, contraception, or ‘reproductive rights’ is simply not on the table for Development and Peace, Duguay said.’

Obviously, Mr. Duguay is good at distorting the truth.  In my books it’s called lying.  The findings of the CCCB review and Archbishop Richard Smith’s response tells a different story.  So many cases of flagrant donor abuse is no small infraction and says much about the hypocrisy prevalent in the workings of D&P.

In a letter to parishioners, dated April 4, 2018, Archbishop Richard Smith, Archbishop of Edmonton, described the initial results of the review (by CCCB vis-a-vis D&P activities) as alarming. “An estimated forty partners appear to show evidence of conflict with Catholic moral and social teaching and, in particular, that they do not demonstrate full respect for the sanctity of human life,” he wrote.  In that same letter he was informing parishioners that he was withholding the funds donated for the work of D&P in the “Together We Serve” 2018 campaign.

I humbly request that the Bishops of Saskatchewan lend their support to the Bishops of Alberta by withholding the funds from D&P that were donated to the Share Lenten 2018 campaign here in Saskatchewan.  I am sure we can put these funds to better use elsewhere, right here in our own province.  I am sure the letter to Alberta parishes was appreciated and well received.  Donors never appreciate being deceived in their charity.

In 2009, the CCCB and our own Archbishop Donald Bohan derided LifeSiteNews for alleged false reporting.  It turns out LifeSiteNews was correct all along.

D&P has abrogated the trust of donors by acting in bad faith and illicitly operating in a camouflage of deception and secrecy all these years.  After ten years of abusing their privilege it is time to clean house at D&P by removing all of management starting with Mr. Duguay and start anew.  The agenda of the current management is contrary to the teachings of Jesus Christ and the Catholic Church and makes the people of the Third World slaves of ideologies that have already led the West into destruction.  Development and Peace has become an instrument of ideological imperialism.

I trust that the D&P tainted Stations of the Cross have been removed from churches.

Respectfully yours in Christ,