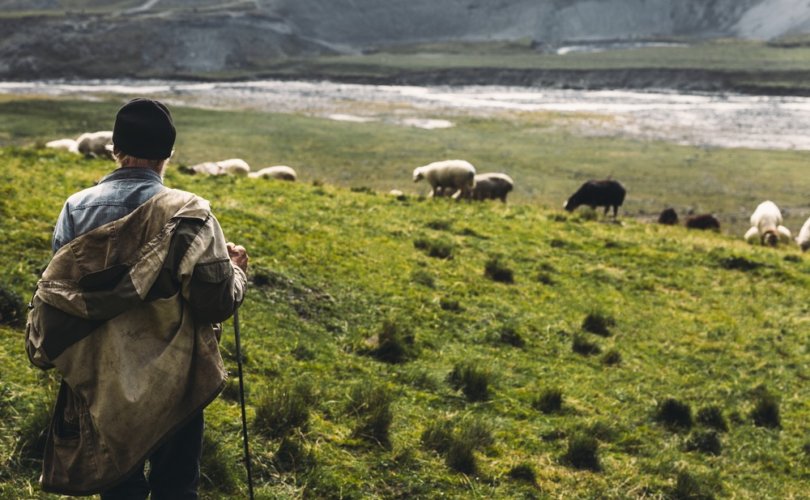 November 20, 2018 (The Catholic Thing) – I have been asked over and over again by lay Catholics: “What can I do to help resolve the crisis in the Church?” My answer is: “Pray and act.” By action, I mean: make known your dissatisfaction to the American bishops, to the Holy See, and to your fellow Catholics.

Prayer is all-powerful. God wants us to pray to Him for the graces we need to remedy the evils we find in the Church today. Our prayers remind us that we are totally dependent upon God, and that God wants us to exercise our love for Him in the sweet duty of seeking His help.

We must also act to stir the shepherds of the Church to recognize the serious problems we face and to do whatever is necessary to resolve these problems.

Discouragement over the long history of sexual crimes and episcopal cover-ups is widespread. This is understandable, but something to resist, because discouragement can become an excuse for inaction.

Ordinary lay people have great power to influence their shepherds at the present moment. Bishops depend upon the support of their people and on the goodwill of the civil authorities who are sensitive to whether the Catholic people as a whole support their bishops. If those authorities sense that the flock is angry with the shepherds, then they will use their power to hold those shepherds accountable to the law.

The revelation of the McCarrick scandal and the revelations of episcopal malfeasance regarding criminal priests in Pennsylvania were not the result of bishops on their own coming clean about what was in their files. The revelations were the result of current and prospective legal proceedings that enjoy large public approval.

In the McCarrick case, the story broke because the Archdiocese of New York decided to offer monetary compensation to victims of clerical sexual abuse in return for an agreement not to sue the Archdiocese in the event (now inevitable, following the recent election of a Democrat majority in the state senate) that the New York State statute of limitations were extended.

While some see this coming extension as an attack on the Church (since it will almost certainly exempt public school teachers), the extension is also an understandable response to the fact that so many people can credibly claim to have been sexually assaulted by priests when they were youths.

Those victims deserve compensation for what they suffered at the hands of priests under the watch of bishops who allowed these crimes to happen through negligence in oversight, especially through the callous disregard of previous incidents of sexual crimes committed by priests they knowingly allowed to continue to function in parishes and schools.

Public pressure in support of legal proceedings to get to the truth is the background to this whole story. If the Boston Globe had not convinced a Massachusetts judge to unseal the records in the case of Fr. John Geoghan, the horrors that occurred in the Boston Archdiocese would have remained unknown. And the predator priests then in parishes and schools would have continued to enjoy episcopal protection from criminal and canonical sanctions.

The judge's ruling in favor of the Globe enjoyed broad public support. Cardinal Law felt compelled to resign because he lost the support of the Catholic people of Boston.

But the justified public outrage in that earlier American case was not understood by Rome. It's clear that the Holy See failed to deal with the situation in the United States with the requisite seriousness.

The disorder in the Boston Archdiocese was not an isolated occurrence. The Holy See should have realized that it was absolutely necessary for the pope to send investigators into every diocese in America for the sake of exposing clerical criminal behavior and protecting young people from the same type of criminal priests who had been removed in the Boston Archdiocese. It was not enough to let each diocese, on its own, clean house, as the recent revelations make manifestly clear.

The failure to act back in 2002 has come back to haunt the Church in 2018. Lay people are truly disgusted by the seemingly daily revelations of sex crimes by priests, and episcopal protection of the predators.

They do not trust the bishops to police themselves. They cannot understand why the Holy See has not acted more decisively but has instead put up a roadblock to planned reforms formulated by the bishops' conference designed to root out corruption and restore confidence.

The role of the laity today is to come to the rescue of our Church by praying and acting. Public pressure upon the hierarchy is not a form of rebellion or disloyalty. It is a form of fraternal correction designed to get the attention of those, including Pope Francis, who need to be spurred to act more quickly and decisively to confront and root out evil in the Church.

Pope Francis himself did a mea culpa in the case of his previous vehement defense of now-sidelined Bishop Barros in Chile. Without public pressure, it is unlikely that he would have acted as decisively as he did.

The American situation is critical, not least because what happened here has repercussions elsewhere. Will the Church come clean or not? Will she be purified by her leaders or by the coercive power of the state?

The pope alone has the power to call the bishops to account and to remove those who are responsible for allowing a culture of immunity to develop that has allowed sexual criminals to flourish behind a screen of payouts and transfers and lies.

Making all this known to the Holy Father and the Vatican, individually and in common with others, is a powerful way to serve the Lord and advance the true good of the Church.