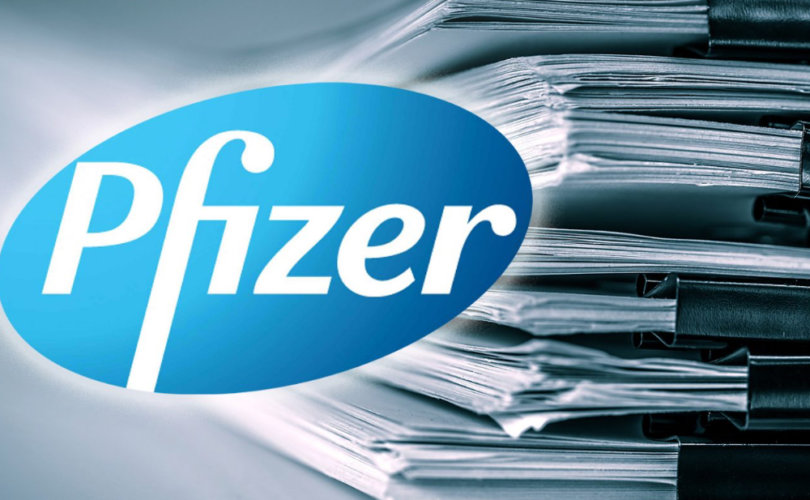 The drug, Paxlovid, received an emergency use authorization by FDA for use in patients 12 years old and up who have tested positive for COVID-19 and are at high risk.

Now is the time to speak calmly and accurately about Paxlovid. First, everyone should appreciate that there was very little testing of the short- and long-term safety of this product, exactly what happened with COVID vaccines. Really good testing of a new drug should take many months or even years.

All you get is positive news for this new drug – actually a combination of drugs.

Here are brief summary statements about this new product:

It was approved by the FDA without any external meetings, serious reviews of test data, or opportunity for public input. Pretty much all the regulatory work was done behind closed doors. Terrific for Pfizer. Bad for the public.

Of importance, note that in the trials only 21% of people had a comorbidity, while in reality 94% of COVID deaths have at least one comorbidity, and the average number of underlying medical conditions is four.

As to antiviral science, protease enzymes must be present for the virus to successfully infect by completing the cycle before taking the cell over. Paxlovid or any drug classified as a ‘Protease Inhibitor’ will inhibit or decrease the protease enzyme, interfering with the virus. Paxlovid blocks the 3CLPro protease from chopping up the long protein into pieces. The virus can’t separate out which pieces to cut out and assemble. It can’t make copies of itself. The COVID infection quickly stops.

Contrary to what the government says, ivermectin is the most successful and proven protease inhibitor in use worldwide. Just as with Paxlovid, ivermectin decreases the protease enzyme but…there are benefits of ivermectin in COVID treatment that are not present in Paxlovid. Additional actions of ivermectin include anti-coagulant action and anti-inflammatory actions, both observed in COVID infections. And IVM has been safely used for decades and there have been many medical studies as well as clinical results showing its antiviral and anti-inflammatory effectiveness.

Paxlovid requires combination with an HIV/AIDS drug, Ritonavir, preventing the breakdown of the Paxlovid so it may inhibit or decrease the enzyme, interrupting the viral life cycle. Ritonavir acts as a booster for Paxlovid, keeping it active inside a person’s body. Ritonavir also has its own black box warning, and side effects include life-threatening liver, pancreas, and heart issues. Does the public really want to take an HIV/AIDS drug?

A course of the treatment is 20 Paxlovid pills and 10 ritonavir pills taken over five days.

Taking 6 pills daily can pose challenges for many elderly people in particular.

According to Pfizer’s press release, for people with proven COVID infection, Paxlovid reduces hospitalization/death by 89% when taken within three days of symptom onset. So in the treatment group there were 5 of 697 hospitalized with no deaths compared to 44/682 hospitalized with 9 subsequent deaths.

Think about that statement of taking this drug combo within three days of symptom onset. Here are critical problems facing ordinary people: how can you accurately identify COVID symptoms from similar symptoms from the flu or a bad cold; how can you get a fast test; how can you get in touch with your doctor within just a day or two and decide whether you really have COVID (don’t have drug interactions) and, if so, get a prescription; how can you get the prescription filled quickly? None of these are easy to address and overcome. All this makes this new combo medicine unrealistic and impractical for nearly everyone.

How interesting it would have been to test the Pfizer drug against an ivermectin protocol.

For a good discussion on how IVM compares to Paxlovid, see this article. Especially on scientific evidence of ivermectin’s ability to block 3CL protease.

In terms of safety, the most common side effects reported during treatment and up to 34 days after the last dose of Paxlovid were dysgeusia (taste disturbance), diarrhea, and vomiting. But what more serious side effects may turn up months or years later?

Paxlovid must not be used with certain other medicines, either because due to its action it may lead to harmful increases in patients’ blood levels, or because conversely some medicines may reduce the activity of Paxlovid itself. The list of medicines that must not be used with Paxlovid is included in the proposed conditions for use. That list includes a very large number of drugs and supplements used by many millions of people, including, for example, Lipitor and St. John’s Wort. Paxlovid must also not be used in patients with severely reduced kidney or liver function.

— Article continues below Petition —
PETITION: Appeal to Catholic Leaders to reject abortion-tainted COVID vaccines and mandates!
Show Petition Text
12150 have signed the petition.
Let's get to 12500!
Thank you for signing this petition!
Add your signature:
Show Petition Text

Paxlovid is not recommended during pregnancy and in women who can become pregnant and who are not using contraception. Breastfeeding should be interrupted during treatment. These recommendations are because laboratory studies in animals suggest that high doses of Paxlovid may impact the growth of the fetus.

As to availability, Pfizer CEO Bourla recently said the company can manufacture 80 million courses in 2022, with 30 million available in the first half of the year. That is not enough to serve many millions of Americans coming down with symptoms and a positive test result.

This too was said, tens of thousands of the pills will ship in the US before the end of 2021 and hundreds of thousands more are expected at the beginning of 2022, a Pfizer spokesperson told the Wall Street Journal. The US government is paying Pfizer $5.3 billion for 10 million treatment courses that will be delivered by the end of next year, according to the paper. Will medical insurance cover $530 per course?

Always follow the money. A month ago, SVB Leerink analyst Geoffrey Porges projected the drug will generate $24.2 billion in 2022 sales. Together with the company’s megablockbuster COVID-19 vaccine, Pfizer could be looking at $50 billion in peak pandemic vaccine and drug sales, Cantor Fitzgerald analyst Louise Chen wrote earlier this month. No surprise that some top Pfizer executives have become billionaires.

Do you want to do what is right for you, or terrific for Pfizer?

Dr. Joel S. Hirschhorn has a doctorate in engineering but has worked on health issues for decades. He is the author of Pandemic Blunder and many articles on the pandemics. As a full professor at the University of Wisconsin, Madison, he directed a medical research program between the colleges of engineering and medicine. As a senior official at the Congressional Office of Technology Assessment and the National Governors Association, he directed major studies on health-related subjects; he testified at over 50 US Senate and House hearings and authored hundreds of articles and op-ed articles in major newspapers. He has served as an executive volunteer at a major hospital for more than 10 years. He is a member of the Association of American Physicians and Surgeons, and America’s Frontline Doctors. He has lectured at many universities, including the Army War College.