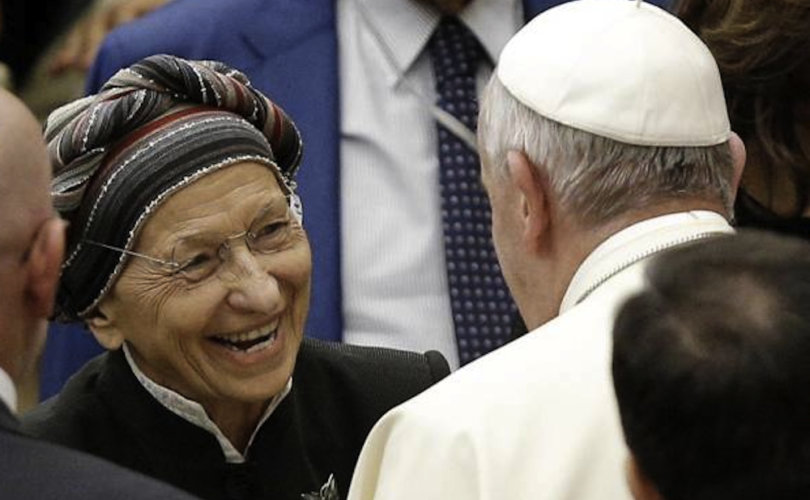 (The Catholic Thing) – The results of the recent election confirm that Italy is a basically conservative country, its roots on the Right, notwithstanding the repeated attempts of the Left to seize control of the government by overstepping the outcomes at the ballot box. The sole winner was the leader of the center-right coalition, Giorgia Meloni, and the main loser was the leader of the leftist bloc, Enrico Letta.

The victory of the Center-Right was of historic proportions, with 235 congressmen out of 400 and at least 112 senators out of 200 winning their races. But the atmosphere of triumphalism that had characterized previous victories on the Right in 1994, 2001, and 2008 was missing. Was that a political strategy on the part of Giorgia Meloni, who wanted to present herself in a sober manner in order to reassure the international markets?

It may have been that as well, but it was above all the awareness, at the top as well as at the base of the Center-Right, of a worrying situation for our country, which finds itself facing a serious economic crisis in the coming months, against the backdrop of a stormy international context.

Since her victory, Giorgia Meloni has been in informal contact with President Sergio Mattarella and with Prime Minister Mario Draghi, who is to hand over to her the political and economic reins of the previous government. Draghi has often been presented as an embodiment of international financial interests, and he certainly is. But rather than as the ideology of the major powers, “Draghism” is really a form of neo-pragmatism.

Giorgia Meloni knows perfectly well how much influence international pressure had on the end of the Berlusconi government in 2011 and on that of the Lega-Cinque Stelle government in 2018. And she also understands that, if the European Union is a rather weak, if bothersome, entity, the United States remains, with China, the foremost world power. In this sense, observers who see her as an “Atlanticist” rather than a Europeanist are correct; and it would be difficult for her to break with this stance.

French Prime Minister Elisabeth Borne, after Giorgia Meloni’s victory, stated that France will be “attentive” to “respect” for the right to abortion in Italy, rekindling an entirely self-serving controversy over the anti-abortion positions of the Brothers of Italy leader. Abortion is not a fundamental human right, but a crime that millions of men and women all over the world are turning against, as was shown in the election by the facts.

The most noteworthy symbol of that shift in the recent election took place in the vast senatorial district of Roma 1, a stronghold of the Left, where – after 46 years in parliament – pro-abortion icon Emma Bonino was defeated by a candidate of Brothers of Italy, Lavinia Mennuni, who defined as a priority of her platform “the protection of the unborn from the moment of conception.” The defeat of Emma Bonino – who was scandalously praised by Pope Francis in 2016 as one of Italy’s “forgotten greats” –  demonstrates that the culture of death can be defeated.

Abortion, and the systematic murder of the West, have always been part of the platform of the Left, since what can be considered as its first political manifesto, Frenchmen, yet another effort, by the “citizen” Donatien-Alphonse-François de Sade (1740-1814), secretary of the infamous Jacobin Section des Piques during the French Revolution. But if in the early twentieth century a leftist political leader had included abortion among his campaign pledges, his career would have immediately ended.

This shows how far the secularization process of society has advanced and how the path to follow today is not that of establishing an anti-abortion political party, but rather of acting on public opinion, as has been done in the United States, the result being the overturning of Roe v. Wade.

The Italian election results also confirmed that it is useless to entertain the delusion of creating an “anti-system” party within the system. Some activists were expecting a surge by the “antivax” and “pro-Putin” parties, but none of them managed to reach the 3 percent threshold required for entering Parliament. Arguments have been made that the results would have been different if these parties had joined forces, overcoming their personal differences. But a galaxy of parties, each born in opposition to something, with no intellectual cohesion backing them up, is inevitably destined for fragmentation.

LIVE UPDATES: Most abortions are banned in 14 states, more states to follow

The internal diatribes of the “anti-system” world are however of little significance. The battle over the next few months will take place above all on the international field, where increasingly dark clouds are gathering on the horizon.

The Italian election coincided with the illegal referenda held in the territories of Ukraine occupied by the Russians, while on September 27 there came news of explosions and gas leaks from Nord Stream in the Baltic Sea, almost certainly following acts of sabotage.

In these circumstances, Giorgia Meloni is called to be one of the voices of the West that will not give up: not the West of civil pseudo-rights, but the one that defends the Christian roots of a threatened civilization.

In the international match taking place between Washington on one side and Moscow and Beijing on the other, events often escape the control of those who initiate them, as happened in the French Revolution and in the two world wars. But whatever may happen, we know that nothing escapes the One who orders and regulates every event, from eternity: Divine Providence, which is the only director and major power in history.