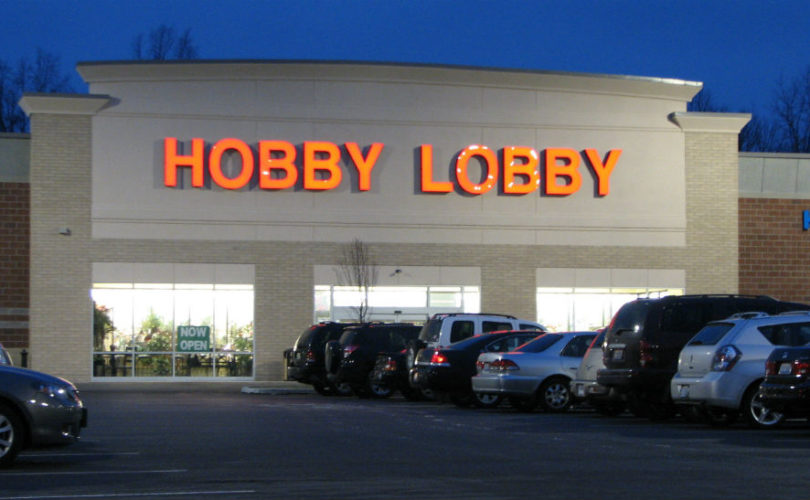 Is it hypocritical for business-owners to exercise their faith in the marketplace if they do it imperfectly? Well, the answer’s important, and by no means simple.

Oral arguments before the Supreme Court in the Hobby Lobby case ended earlier this year, and a decision is expected within days. And in the meantime, this Christian-owned business has had to make its case to critics of corporate religious freedom outside the courtroom too—even to some inside the Church.

Last Tuesday writing in “The Week,” Christian author and columnist Jonathan Merritt argued that we should stop calling Hobby Lobby a “Christian business.” Because in Hobby Lobby’s case, he says, he smells a strong whiff of hypocrisy.

The H.H.S. mandate, part of the Affordable Care act, requires employers to provide abortion-inducing drugs in their insurance policies. Hobby Lobby president, Steve Green, along with leaders of other Christian businesses, not-for-profits, and institutions have been fighting it in court for almost as long.

“We’re Christians,” Green told me, “and we run our business on Christian principles.”

And one of those principles is embracing the dignity of all human life, and refusing to participate in or pay for its destruction. So Christian employers whose consciences won’t allow them to purchase pregnancy-ending drugs are forced to choose between their livelihood and their faith. Steve Green thinks that’s unacceptable, and that’s why he and others have taken their case to the highest court in the land.

“That is music to the ears of many conservative Christians…” said Merritt, but, he insists Green’s claim about Hobby Lobby is “as hollow as a flute.” Why? “Turn over just about any trinket in a Hobby Lobby store and you’ll find a gold oval stamped with 'Made in China,' a country that is one of the worst offenders of human dignity, unborn infant life, and economic justice anywhere in the world,” said Merritt. So, he argues, the Greens are hypocritical for taking a stand against the HHS Mandate.

Now there are a lot of problems with Merritt’s argument. But let’s begin with this one: it’s not clear why he equates working with Chinese manufacturers with supporting the Chinese government, its forced abortions, political repression, or economic injustice. Chinese workers do pay taxes to their government, but so do we. If it’s unacceptable to work with them, it’s unacceptable to work with us, since American tax dollars go to support Planned Parenthood too.

As theologian Russell Moore pointed out in his response to Merritt, doing business in a place where evil exists is not the same as directly supporting that evil. In fact, it may even be a force for good!  For example, trade has dramatically improved the lot of the average Chinese worker, lifting many out of abject poverty. And it’s been instrumental loosening the grip the communist government there has on its economy and people. Ironically, the social oppression in China is the greatest force of its evil, particular forcing abortions on its people—precisely what Hobby Lobby is standing against in the United States by fighting the HHS Mandate.

Arguing that Christian business owners like Green are hypocrites for doing business in China just ignores basic economic and political realities. And I should mention, Merritt condemned Hobby Lobby without knowledge of how they do business in China, including their efforts to monitor quality control and worker conditions. Hobby Lobby’s faith commitments are actually evident throughout their company on many, many levels.

And, we ought to mention that a major difference between China and America, and between prosperity and systemic poverty, is religious freedom. What Merritt calls freedom of worship already exists in China. You can believe whatever you want, as long as you keep it to yourself. But what America has enjoyed is freedom of religion. The right to bring your deepest held convictions to the public square, including commerce. And limiting it for Hobby Lobby or any other business doesn’t help those living under oppressive regimes. It just makes us more like them.