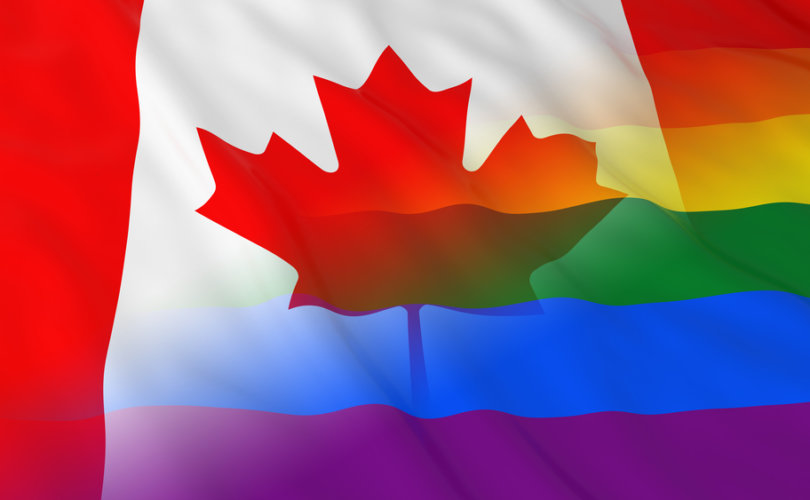 November 15, 2016 (REAL Women) – Homosexual activists are pressuring the federal Liberal government for new demands.  These include, among others:

Alleged discrimination towards homosexuals in Canada, however, can be clearly distinguished from the treatment shown other groups.

There is a long list of discriminatory policies by previous governments, for which the Canadian government has since apologized.  For example, some groups were denied admission to Canada and even if a few were admitted, they were denied full citizenship rights.  To cite some examples:

The Criminal Code prohibition against homosexuality was based on the moral law as expressed in the Judeo Christian faith and principles.  Society in general believed religion provided good guidance which protected people from negative consequences.  For example, bacterial infections and death by venereal disease, were the consequences of promiscuity before antibiotics.   Thus the law served to protect people from these and other negative consequences.

The reason for the dismissal of homosexuals in the military and public servants was because they were subject to blackmail if their sexual orientation was publicly disclosed.   This blackmail could result in not only forcing homosexuals to pay money in return for silence, but also could include requiring them to divulge national security secrets to which they were privy because of their employment.  Also, homosexuals in the military had led to problems in operational effectiveness because of the impact on the cohesion and morale of the unit.

You don't have to agree with the past law that prohibited homosexuality in the Criminal Code.  It may not be acceptable to everyone, but it was not unjust discrimination.  Such action by the government was distinguishable from the outright discrimination that occurred when groups were refused entry into Canada and denied full citizenship rights.

This was not the situation with homosexuals who were, in fact, accepted as citizens.

Reprinted with permission from Real Women of Canada.